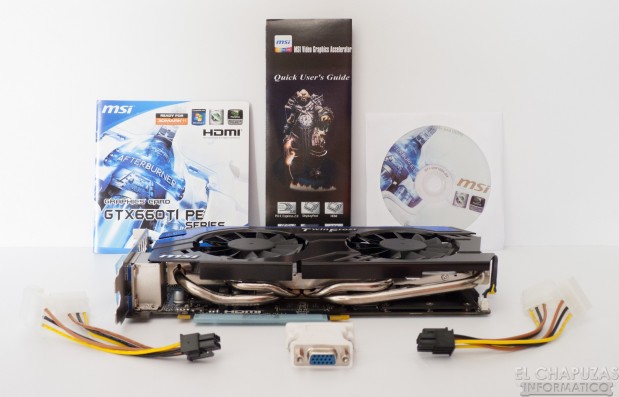 The NDA from NVIDIA is still very much in place with a few hours left yet a review of the MSI GeForce GTX 660 Ti Power Edition OC has gone online from Spain covering the aspects of the new card.

The Power Edition variant comes with features such as the triple control voltage aka core, memory and PPL settings along with MSI’s latest and far most efficient GPU cooler, the Twin Frozr IV that looks almost the same as the GTX 670 Twin Frozr IV variant.

Here are a few benchmarks of the above mentioned card along with actual product photos:

For more details check out the source below. Source