Taiwanese manufacturer MSI has launched today a new gaming board designed specially for AMD's socket AM3+ processors. The board is based on AMD's 970 Chipset. Socket AM3+ is an extension of the AM3 socket and is designed for processors utilizing AMD's Bulldozer michroarchitecture. Processors utilizing the AM3+ socket include the FX series, the Phenom II and the Athlon II. The board offers many gaming and overclocking capabilities as well. 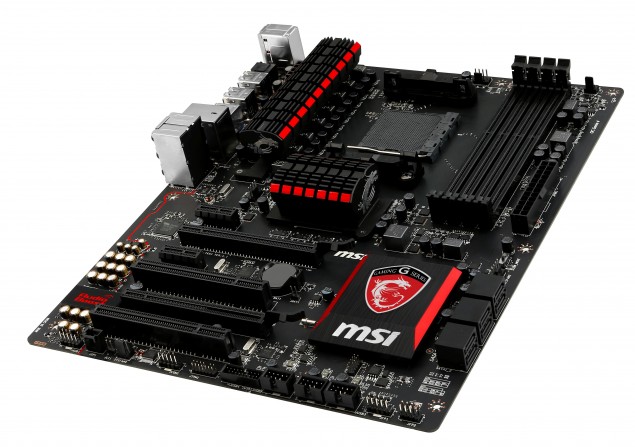 MSI 970 A Low Cost Performance Enhancer For AMD's AM3+ Socket Processors. Can Accommodate Up To 32 GB Of DDR3 2133 RAM

MSI's latest offering has many features catering to AMD's socket AM3+ and that too at a low cost. The board is based on the comapny's (AMD) 970 or RX980 chipset architecture and features four memory banks. The board has two PCI Express 2.0 x16 and two PCI Express 2.0 1x. In addition to this,it also has two classic PCI slots. Apart from the PCI lanes, the MSI 970 can also accommodate up to 32 GB of 2133 MHz DDR3. Support for crossfire is also included. Coming towards the internal composition of the MSI 970, the board has six SATA 3.0 ports. The MSI 970 also has two USB 3.0 and another six USB 2.0 ports. Externally, the board has a PS2 and an Ethernet ports. These are in addition to another two USB 3.0 and eight USB 2.0 ports. These are coupled with several audio jacks as well.

Coming towards the networking and audio offerings of the MSI 970. The board features the killer LAN network interface, which helps in achieving low pings. The MSI 970 also features the audio boost feature. The board comes with gold plated connectors which ensure a smoother signal transmission. High end sound amplifier and the Sound Blaster Cinema 2 3D engine further add to the board's audio delivery capabilities. The MSI 970 comes with the OC Genie 4. This allows for easy performance increase of the processor through little hassle. The board, like previous offerings is also manufactured with Military Class 4 components which result in a higher stability and a longer life. Completing the list of diverse features on the board, the board also comes with protection against electrostatic discharge through MSI Guard PRO and also features the ECO-Power feature. Through the ECO-Power feature, power consumption on the MSI 970 can be reduced by up to 29 percent. The MSI 970 is expected to have a retail price of around $ 120. 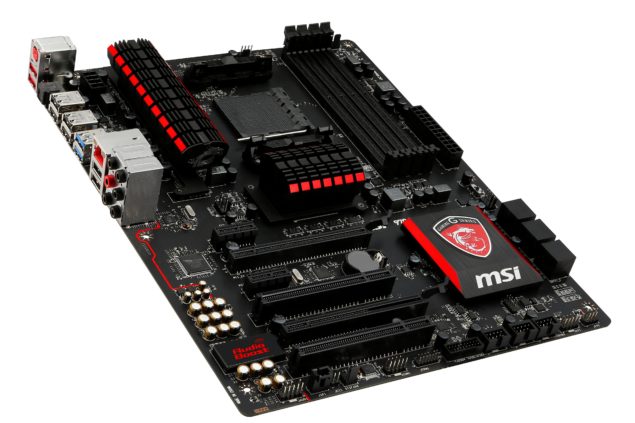 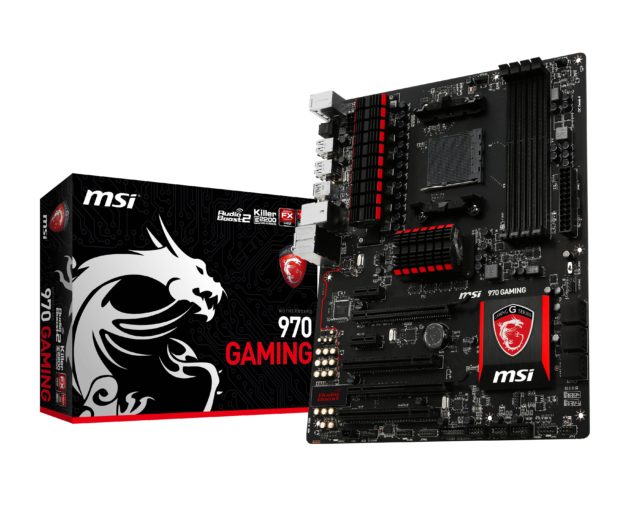 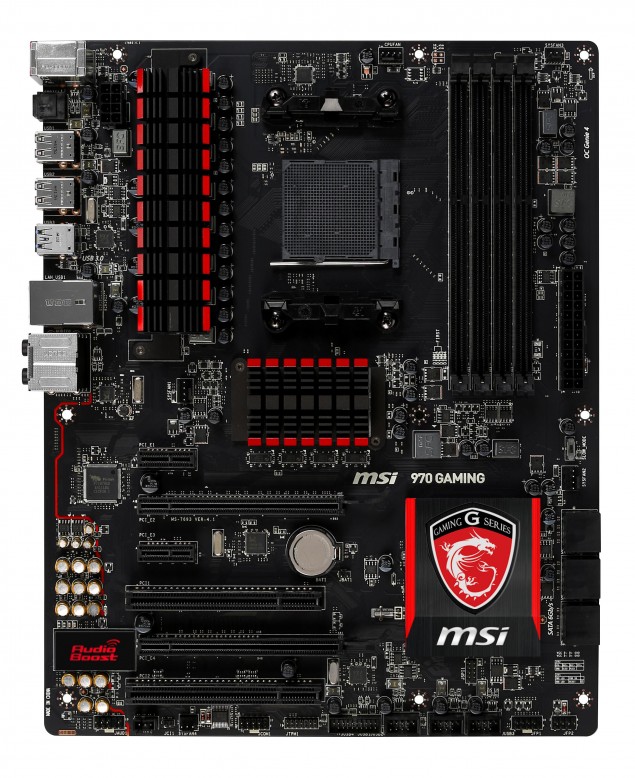