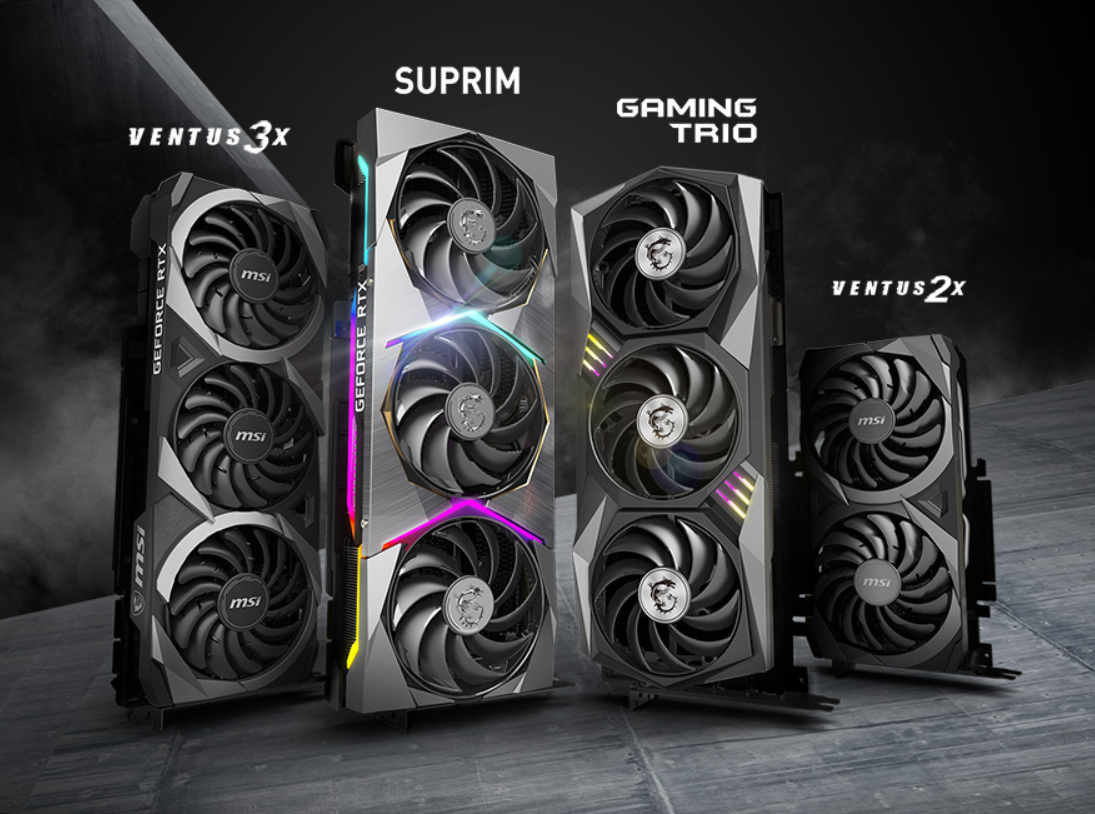 The MSI GeForce RTX 3080 Ti lineup has been listed once again and this time by retailers that are based in Vietnam. Spotted by I_Leak_VN, the trio of MSI's RTX 3080 Ti custom models are listed & priced at an outrageous $3000 US.

We have seen the MSI GeForce RTX 3080 Ti custom graphics cards leak before. In fact, it was just yesterday when we were looking at another retailer who is actively selling the SUPRIM X variants. The Vietnamese retailer makes the addition of a third variant, the Gaming X Trio which completes the MSI RTX 3080 Ti custom lineup. 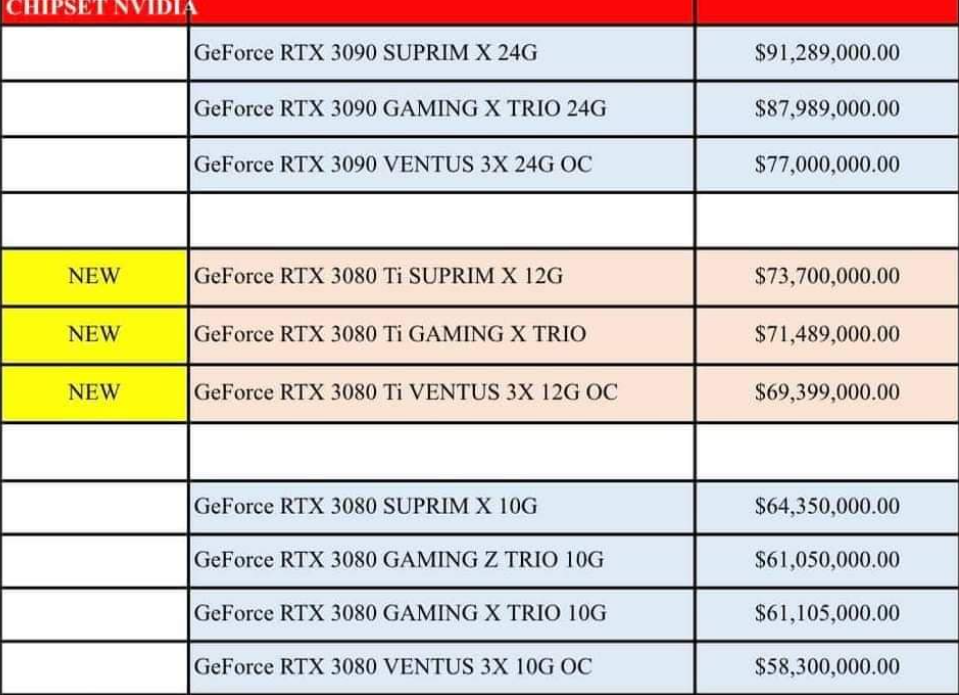 A Vietnamese retailer has leaked the prices of MSI's GeForce RTX 3080 Ti custom graphics cards which are listed for over $3000 US. (Image Credits: I_Leak_VN)

NVIDIA has no control over the matter since retailers formulate these prices based on demand and supply. Since there's a very low supply to begin with, the prices can be virtually inflated to extreme levels. Furthermore, scalpers and miners are taking full advantage of the current market situation where NVIDIA and AMD both have confirmed that shortages will last till the end of this year.

The card is expected to be unveiled on 31st May followed by a hard launch on June, 2. The graphics card will rock the latest mining hash rate limiter which is supposedly hard to crack compared to the initial release which was bypassed within a few days.