Update - Only 12 samples of the GeForce GTX 780 Ti Lightning were manufactured by MSI and the card will never go retail. More pictures of this beautiful graphics card have been posted by BenchBros (Facebook), a few of which you can see at the end of this article. 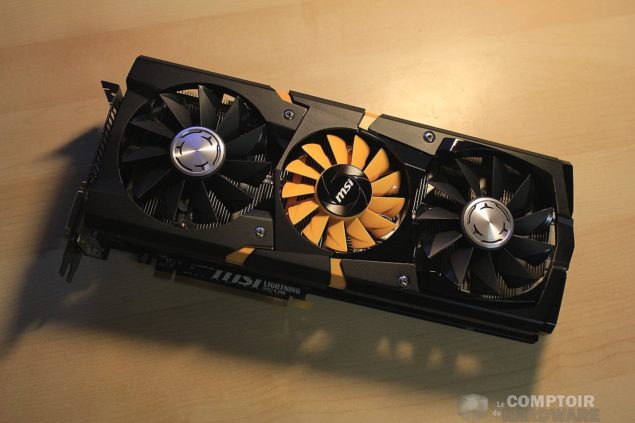 Comptoir-Hardware had received a sample of the GeForce GTX 780 Ti Lightning, unfortunately the pictures were removed from the source. Videocardz managed to gather information from the source before the link went down unveiling the performance benchmarks and pictures.

Those clocks and memory would be factory overclocked and would obviously be good enough to run all of the current and upcoming games cranked up to the highest resolutions. The memory might be an issue for those gaming on 4K monitors but a 6 GB GTX 780 Ti is expected in the future. The overclock design makes up for it allowing users to push past the barriers restricted by weaker PWM designs on reference and other custom models. Not to mention the cooling that’s offered by the latest Tri-Frozr cooler.

As for overclocking, the GeForce GTX 780 Ti Lightning comes with mighty strong PWM supply. The GeForce GTX 780 Lightning Ti features an 16+3+1 phase VRM along with the new DrMOS 4 being the next-gen MOSFET which is used to deliver the power for the CPU. MSI DrMOS 4 does not waste much power, stays cool and is more power efficient than other power saving solutions. Because DrMOS 4 is a 3-in-1 chip it delivers much more power with less components needed. The card is powered through Dual 8-Pin connectors. 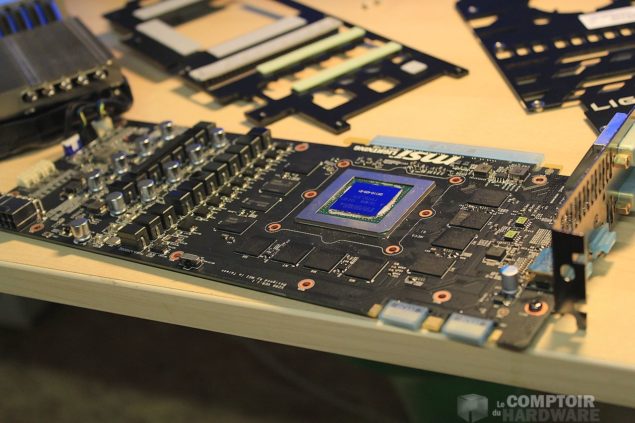 The cooling on MSI’s GeForce GTX 780 Ti Lightning is handled by the latest TriFrozr cooler which is making an debut with the new Lightning graphics card. It looks amazing boasting three fans, two black colored while one 80mm yellow themed fan sits in the middle. The shroud looks fantastic with a large Lightning logo on one side and a massive aluminum fin array sitting beneath it which cools the GPU under massive overclocked loads. The heatsink is equipped with seven 8mm heatpipes that offer superior direct contact and heat dissipation off the GPU base. The interesting part is that the fan in the middle dissipates heat off the PWM supply while the other two fans cool the GPU and Memory chips. The card is powered through Dual 8-Pin connectors while Display outputs include Dual DVI, HDMI and a display port.

Pricing and launch date aren't yet known but it will cost a hefty premium over the reference GeForce GTX 780 Ti which retails at $699 US. 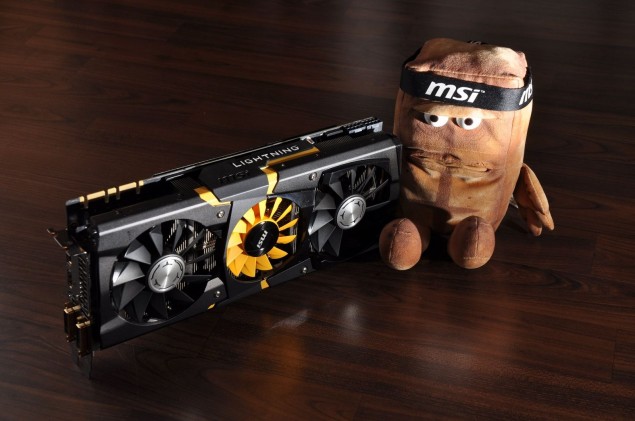 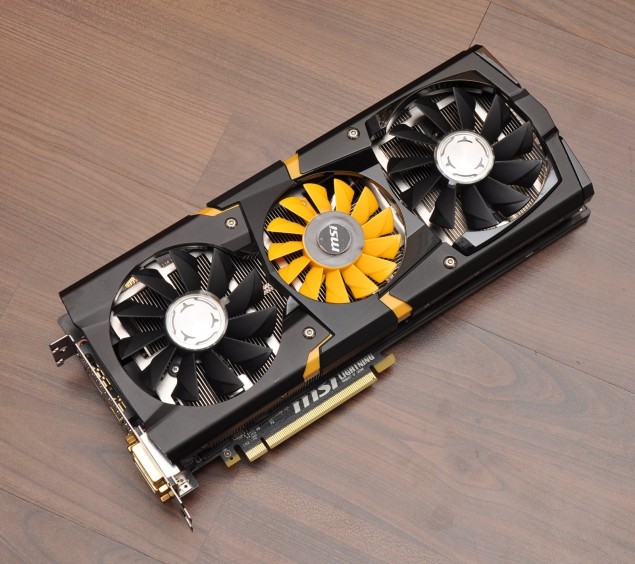 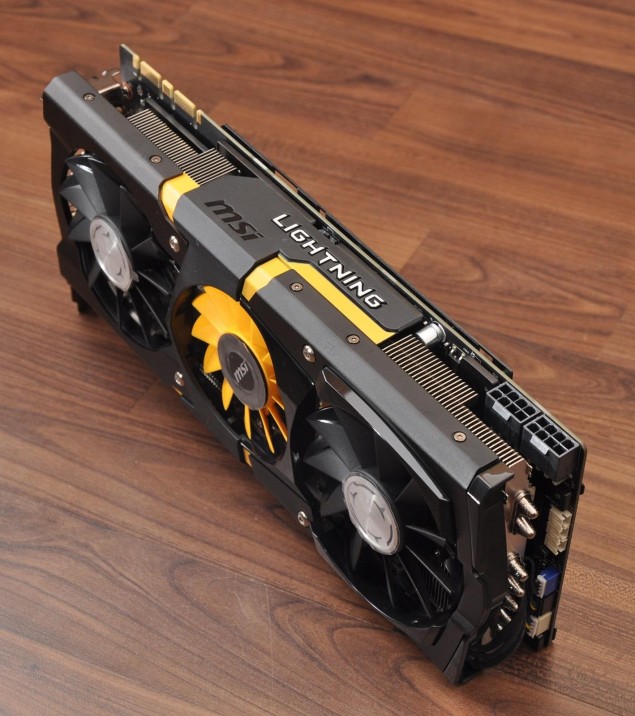 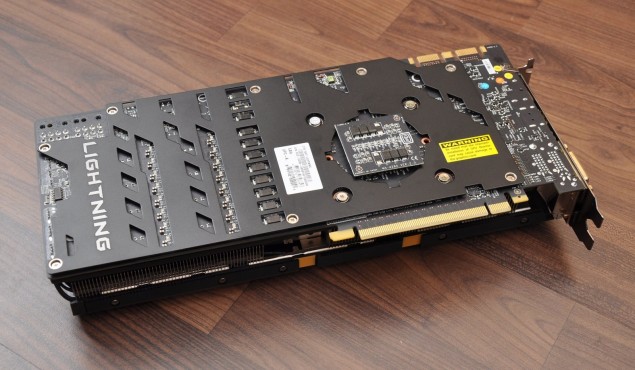 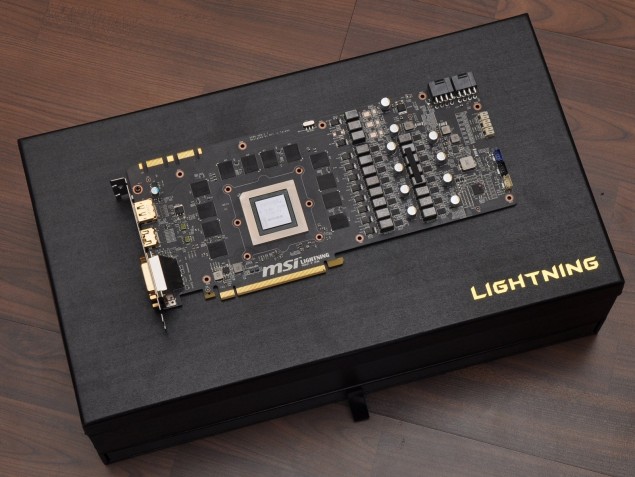 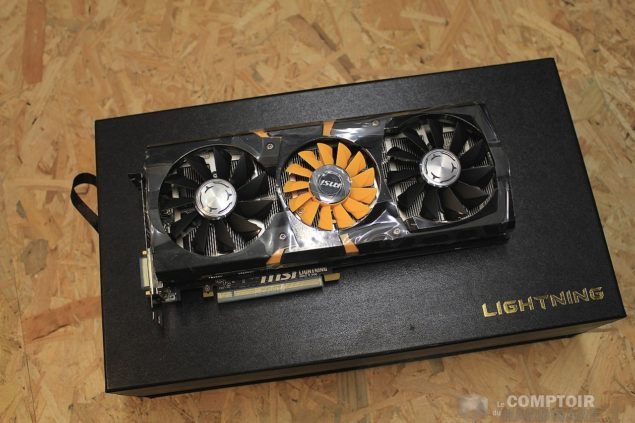 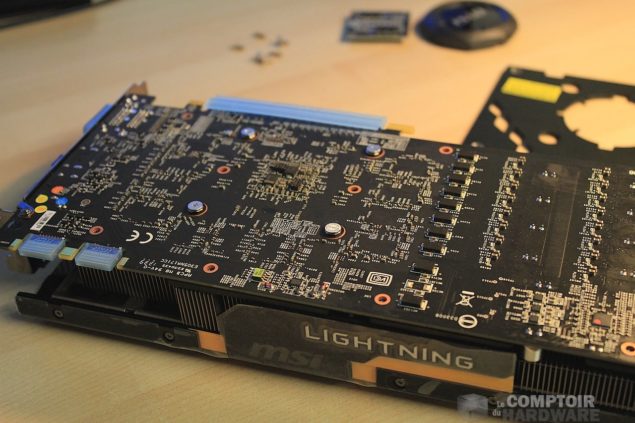 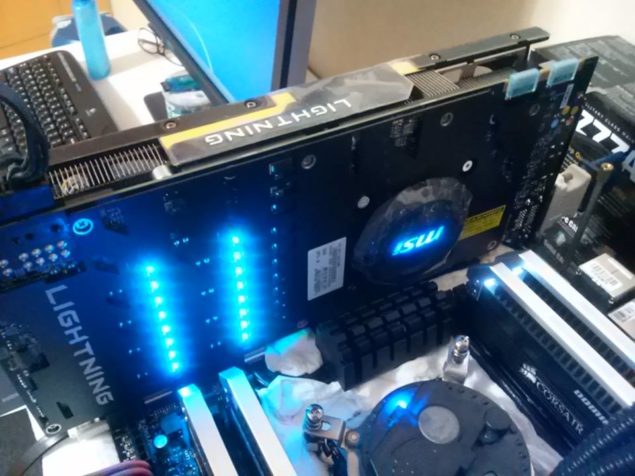 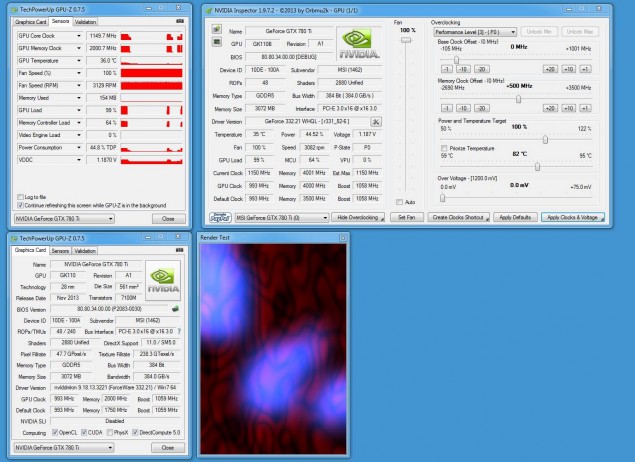 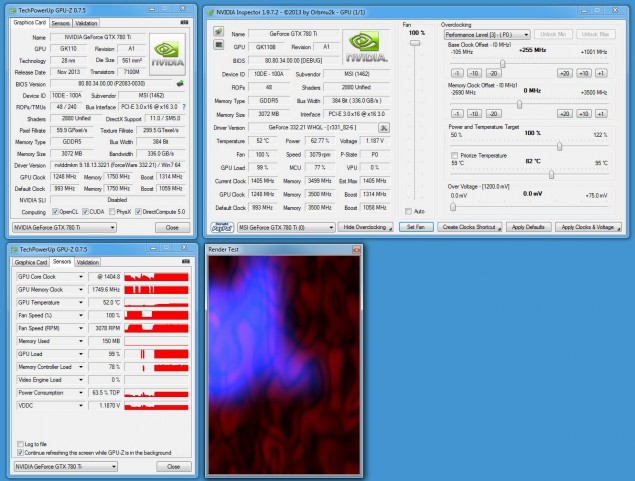