MSI announced the Cubi 5, PC so small it could fit in your palm 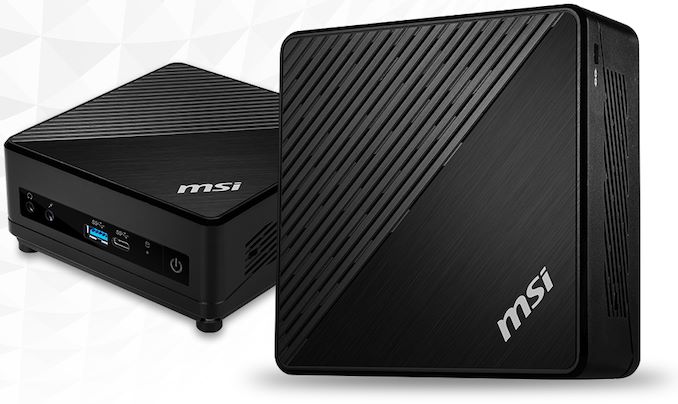 MSI has announced an industry-first being a palm-sized computer that runs off of the Intel 10th Generation CPU. The possible configurations include up to a 6 core processor and up to 64GB of DDR4 memory. The Cubi 5 has the versatility to be used as both a media PC, productivity, and some photo editing with no issues.

MSI's Cubi 5 has a weight of just 550 grams and has the dimensions of 124×124×53.7mm, this makes this computer the most performance per space used. The Cubi 5 allows for the i3, i5, or the i7 of the Intel's 10th generation to be installed allowing 2 cores, 4 cores, and 6 cores respectively, all of these processors also offer the Intel UHD 630 graphics.

Some of the other amazing features of this super small form factor PC are two so-DIMM memory slots, which supports up to 64GB of 2666 MHz memory, and amazingly a 2.5 inch bay for an additional drive, besides the M.2 slot that can be used as the boot drive storage.

The Cubi 5 offers an amazing performance that will allow you to do photo-editing and productivity with ease, I wouldn't suggest this for gamers as the Integrated graphics won't be able to run most games at 60 frames per second with low detail, which will severely hurt your gaming experience.

MSI has already listed this device on its website, but as of now, there is no pricing available at this point. That will decide if this computer is a worthy value to be used as an HTPC or a light photo-editor PC.