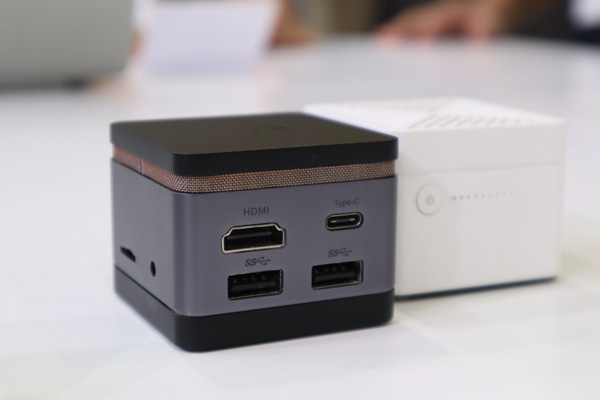 iLife, a Chinese computer manufacturer, has revealed what seems to be perhaps the smallest PC ever known (at least in the modern era). This PC called the iLife MP8 Micro PC is so crazily small that it would (and can) fit in the palm of your hand! (via NotebookItalia)

The iLife MP8 specs for this tiny chassis aren't a Ryzen 9 3900x like you could want to believe instead this little thing is rocking an Intel Celeron N4100 CPU, with 64gigs of solid-state, presumable in the form of either being attached to the motherboard of by the way of micro SD card (or maybe normal-sized SD card?). Sadly, it does only have 4gb of ram, rather than 8gb like most PC users would prefer to have in an everyday system and a far cry from the 16gb that most PC enthusiasts would want.

The Best Affordable Robot Vacuum Cleaner To Buy Right Now Without Breaking Your Bank ($199 Only!)

The draw of this PC isn't the amazing specs or how fast the processor goes, it is the portability of the PC itself. Being so small and lightweight the PC is basically a plug and play. This is the attractive draw of the PC is rather than high end specs, the more business-like appearance and the fact that many businesses do only equip their PCs with 4gb means this might be a cubicle offices dream size seeing as it can be easily hidden away or stuffed behind a monitor before the boss comes back around.

This does make many ask the question of "what performance am I willing to give up for the portability of a PC?" In the business sector, the performance loss isn't as big of a deal, unlike the personal or gaming sector where any kind of loss of performance this big would very noticeable.

So, my honest thought on this tiny PC is that while a cool and novel idea, it's just not practical for 95% of users who operate a computer. The slower processor, the small amount of RAM and the 64gb of storage (from what I could look up is NOT upgrade-able in any way) makes this PC more dedicated to the business sector rather than home or gaming use.

Q Plus Android TV Box 2.4Ghz WiFi 6K HDMI Is Up For An Amazing Offer For The Next Few Days – Avail Now