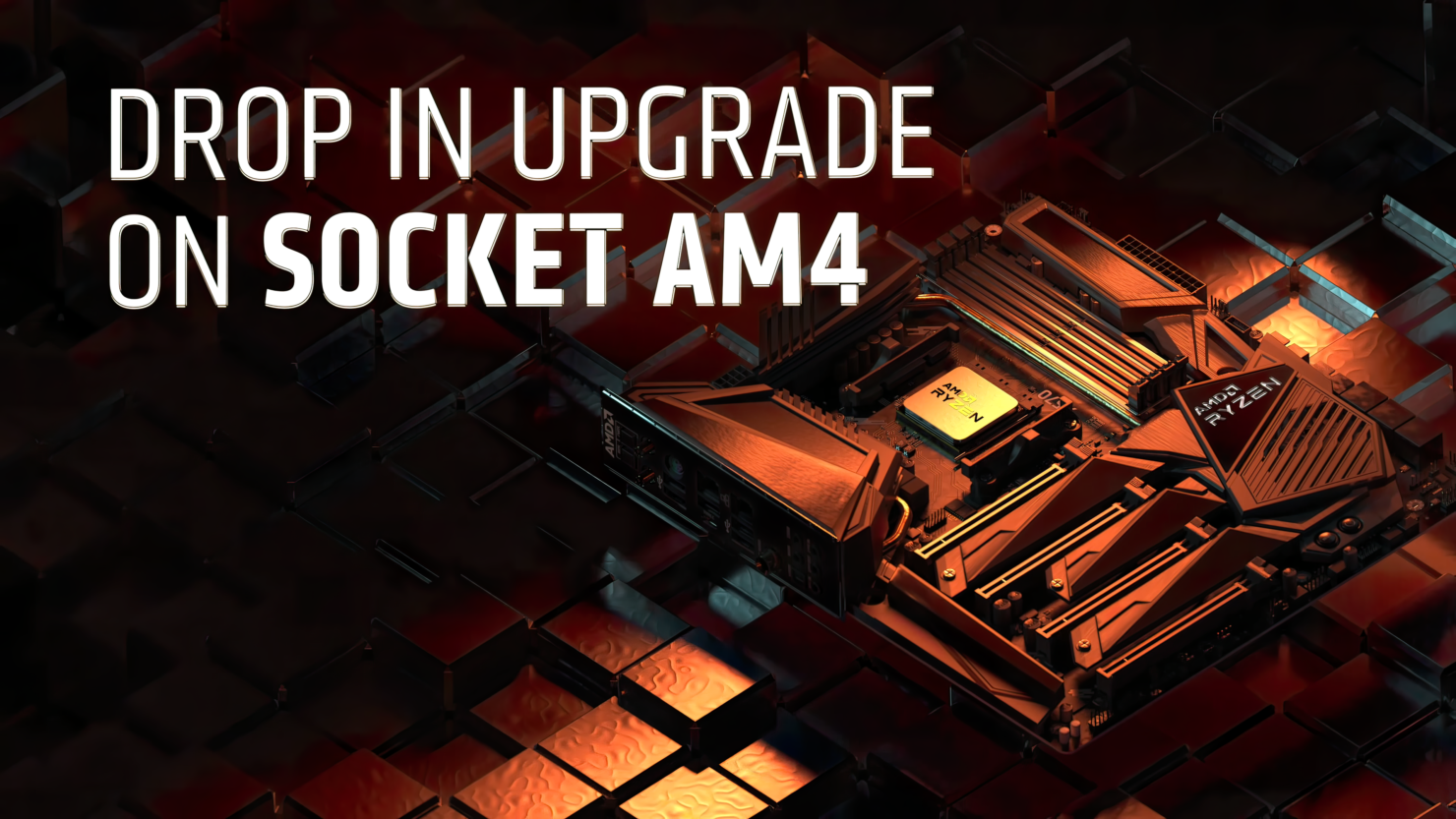 In a few days, MSI will be rolling out the latest AGESA 1.2.0.7 BIOS Firmware for its motherboards that will also allow overclocking support on the new AMD Ryzen 7 5800X3D 3D V-Cache CPU. The latest BIOS comes with a range of features and today, we also have a first look at the overclock figures.

This isn't the first time that we are hearing that the AMD Ryzen 7 5800X3D can overclock. We've already seen the chip breaking past the 5 GHz on the MSI MEG X570 GODLIKE motherboard and posting up to 12% performance gains with the overclock applied. Now we can confirm that MSI's MEG X570 GODLIKE motherboard & other options with external clock generators have the ability to allow overclocking on the 3D V-Cache chip and MSI will be releasing a new BIOS that will let users do just that. 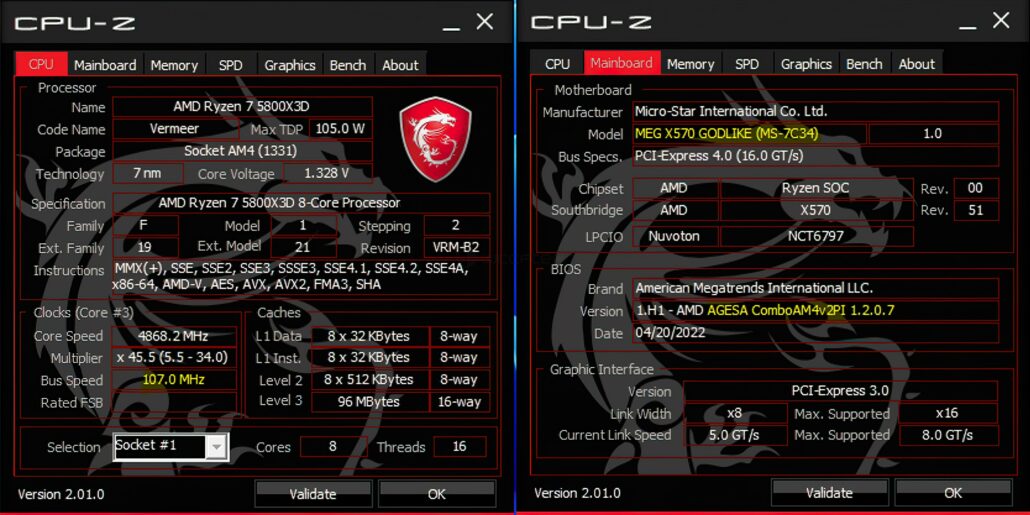 The new MSI BIOS is also a special one since it is based on the upcoming AMD AGESA 1.2.0.7 BIOS firmware. From the changelog provided, the AGES 1.2.0.7 offers: 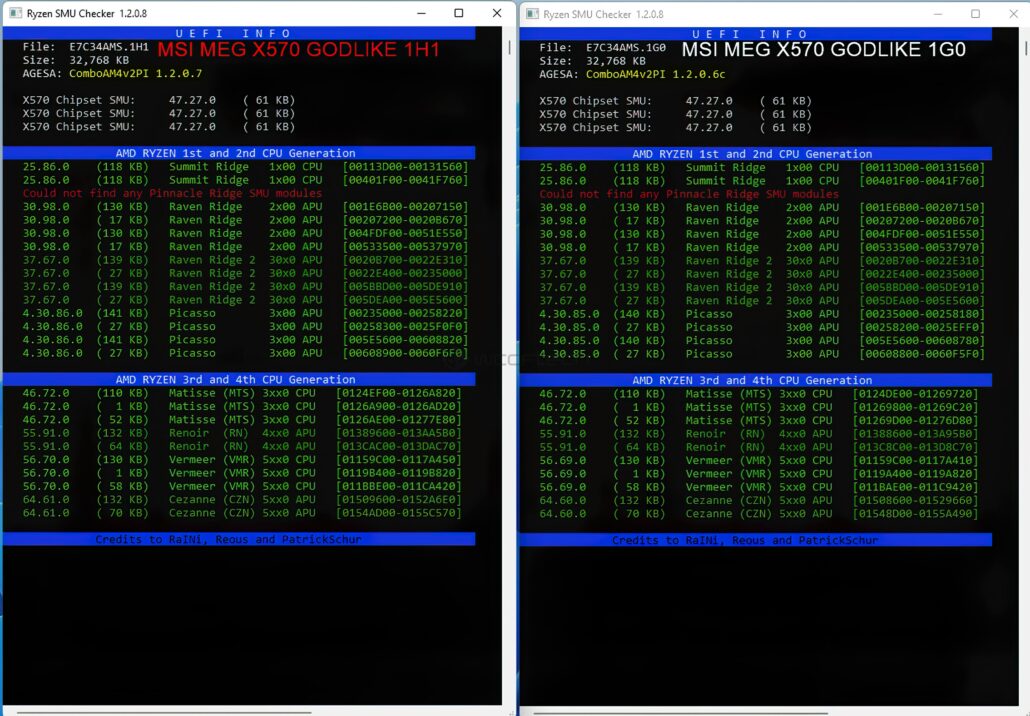 One cool feature about the upcoming BIOS, more specifically for the MSI MEG X570 GODLIKE, is that it will offer a new 'CPU Base Clock (MHz)' tuning option within it. This will be available on the AGESA 1.2.0.7 based 1H1 BIOS and users can adjust the base clock of their chip for overclocking. Following are the MSI boards that will offer BCLK overclocking for AMD Ryzen 7 5800X3D CPU:

MSI provided us with screenshots showcasing up to a 107 MHz BCLK overclock and ran Cinebench R23 on it. 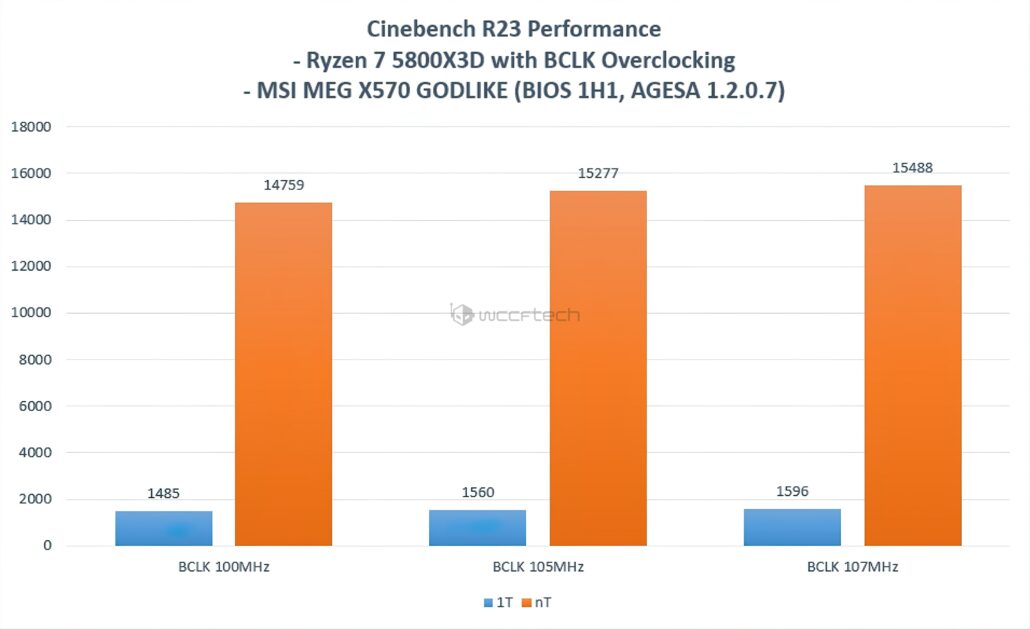 As an important note, CPU BCLK overclocking on AMD Ryzen CPU platforms will affect the stability of PCIe, SATA & M.2 devices. So the maximum BCLK overclock that you can get out of your chip is very much dependent on your CPU, Graphics Card, and SATA/M.2 SSD. Newer graphics cards such as the NVIDIA GeForce RTX 20/30 series are very sensitive to BCLK overclocking and may become a bit unstable when you overclock your Ryzen 7 5800X3D CPU.