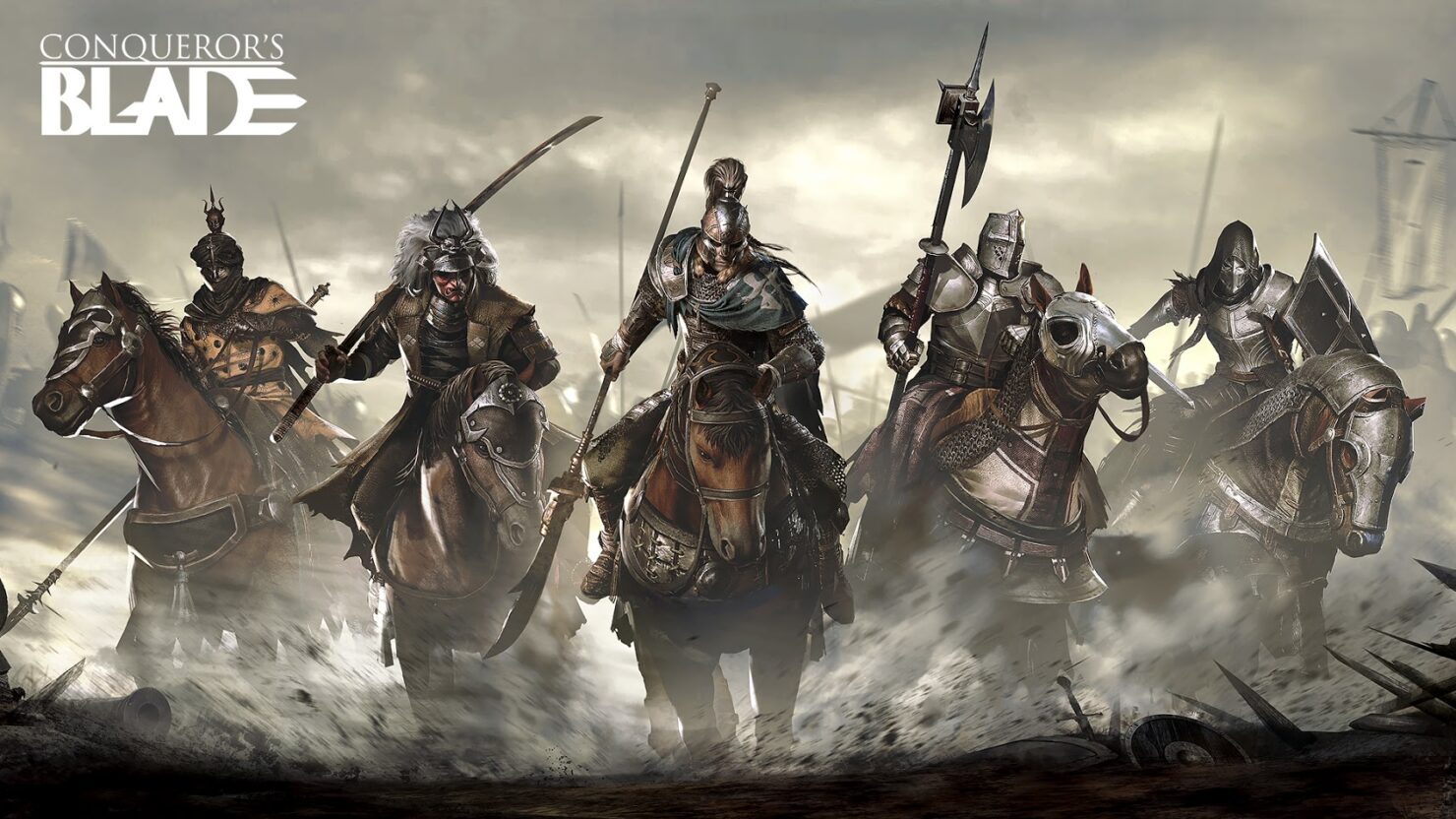 Having played many strategy titles, particularly those set with the use of swords and siege engines, I always feel there's a gap for a game that lets you jump in and get your hands a bloody. It's why I'm such a big fan of games like Mount & Blade (you'll be able to read about my experience with Mount & Blade II shortly) and Rise & Fall: Civilizations at War. Conqueror's Blade is very much scratching that itch and doing it in a fantastic way.

Despite the fact that our very own Alessio has written about Conqueror's Blade in the past, including having had an interview with the developer, I didn't know much about it. Little did I know that going into my hands-on session, I would find myself playing my biggest surprise of the show. 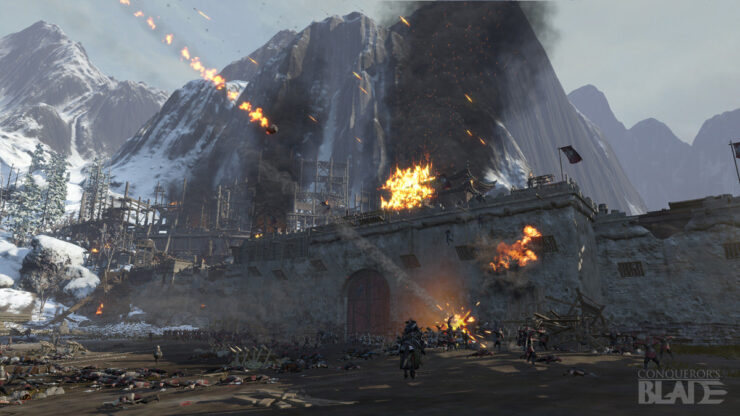 What I got to do while playing Conqueror's Blade was engage in some of the best first-person medieval combat I've had the joy to do. It gave me the same feeling I had when I first ever played Mount & Blade, something like ten years ago. The ability to hop on a horse, pick up your sword and wade into combat alongside your troops. It's a great feeling and it adds a sense that your actions have an even larger effect on the battle than just commanding units.

Of course, you do command the units, at least to an extent. At the time I was playing we were allowed a maximum of three players per side. I did venture into the public area at one point to have a go with significantly more per side. In the full game, though, you will be able to have fifteen commanders - with their own personal retinue - per side.

It's at this point where you get to experience a battle at its best. With over a thousand units in a battle at any one time, the generals commanding their own troops as well as battling themselves, it makes for an incredibly exciting time. Especially so when you realise the tactical thought that has to go into a battle. Commanding troops is a fairly simple aspect, setting them into a formation, having them charge, stay or follow you.

The control over these units isn't exactly on the level of a tactical strategy game like Total War, not by any means. However, this doesn't mean it can be ignored. Going into the fray with your units is essential just to keep you alive. In addition to this, using a shield wall to protect you and your troops from arrows is as effective as in any other game. Plus base tactics like using your infantry to attack, only to have your cavalry follow you for a charge at the enemies rear all work perfectly. 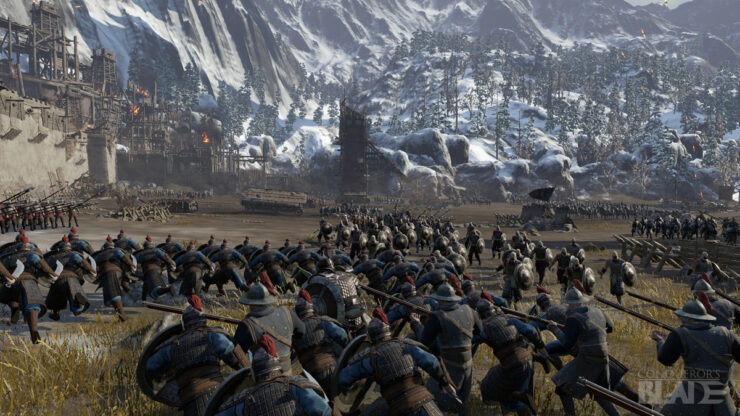 Where you really have to think deeper is how you are going to coordinate your attack with other players. Will you jump on a catapult and attack the walls or gates? How about you take control of the battering ram and try to break down the gate up close? Maybe you'll go for the wall and try to scale it with ladders. The options are outstanding and the retaliation is just as fierce as any attack you can launch. Don't climb those ladders without cover, because defenders are more than happy to drop a brick on your head.

Fighting can truly be a frantic affair, but it's very responsive. Not once when slashing out at an enemy did I feel like I was unfairly penalised or got an advantage through server issues. Yes, this was over LAN so there's no risk of latency, but the game itself had nigh-on perfect hitboxes and the fluidity of the animations and movement were a joy to watch. At least until you were falling to the floor, having just received a deathblow.

Of course, like any battlefield, it can become chaotic and confusing. However, this isn't something you can really count against the game. By all accounts, that is a plus for the game. Battle truly is chaotic, bodies were strewn everywhere, arrows whizzing past your head, huge rocks crashing into the walls, sending debris flying. The sounds of battle are equally frantic, the clash of metal on metal, the grunt of soldiers as they meet their end. It surprised me just how immersive Conqueror's Blade really is. 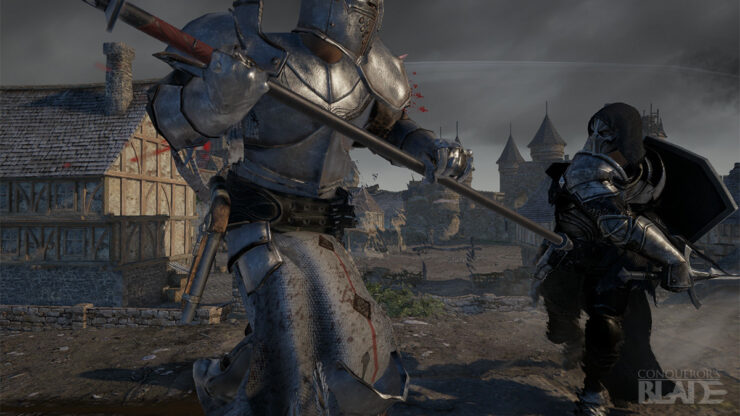 What is truly remarkable about Conqueror's Blade are the elements of the game I sadly didn't get to see. I was, however, told about them. In addition to one of the most engaging combat systems, the game also has larger strategy and RPG elements. In the case of strategy, the way it was explained to me is that you will also be able to act in a way not too dissimilar to Total War.

For example, you will want to secure your territory. You'll build up what land you already have to gain resources that will help with expansion and development of your city and its walls, but also for requirements needed to support your army. Not only that, all of this takes part in what the developers like to call a Massive Multiplayer Online War Game. The idea of a huge open world where you compete over territory, developing your army and jumping into the fray yourself against countless other people sounds utterly fantastic to me.

How this will work out, especially with the idea of an open world map on a server full of hundreds upon hundreds of other people is something I desperately want to see. Especially so when you'll find yourself teaming up with other players, forming a guild and creating an empire. Though I have to admit, I likely won't find myself teaming up with many people - I'll probably want to find a castle, hidden away from the rest of the people, attempting to create my own little enclave.

You can sign up to the closed beta of Conqueror's Blade on the official site, should you so please. There's currently no date for when the game will be officially released, but there's no doubt that I'm hoping to play it sooner than later. As in, I've signed up for the beta. You can also pre-purchase it to access in-game content and guarantee entry to the closed beta.

All I can hope is that, when released, the monetisation of the game will be fair to players. The game has a ways to go before release so with what I've seen and been told, there's a huge amount of potential, one I hope developers Booming Games and publisher My.com can meet. It's looking great so far.