There have been rumors that tech firm Motorola was preparing new DROID smartphones that would be featuring a Snapdragon 810 and Snapdragon 808 SoC. Now, the latest leak suggests that the model name of the upcoming smartphone from Motorola would be named DROID Kinzie XT1585. According to German tech reporting website Winfuture, benchmarking results courtesy of GeekBench have been leaked showing a Snapdragon 810, which was already expected since DROID branded smartphones hail from high-end category handsets. 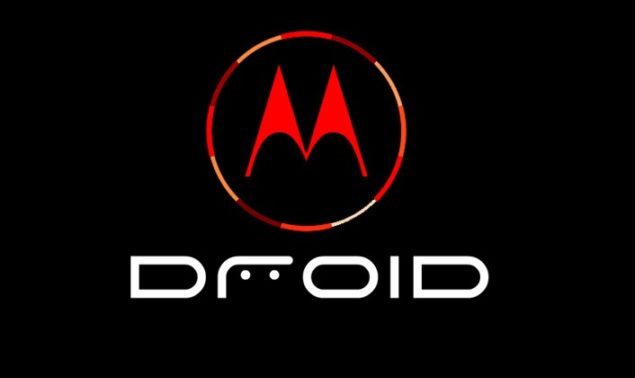 Motorola is also being rumored to be working on its Moto X 2015, which is said to be released during the month of September. Coming to DROID Kinzie XT1585, the smartphone will be armed with a Snapdragon 810, although details on the website did not state if the chipset will be V2.1, which will be present in the upcoming OnePlus 2.

However, looking at the clock speeds, we should assume that a previous version of Snapdragon 810 will be present, meaning that it will most likely overheat, unless Qualcomm and Motorola have thought of an effective heat dispersion method. 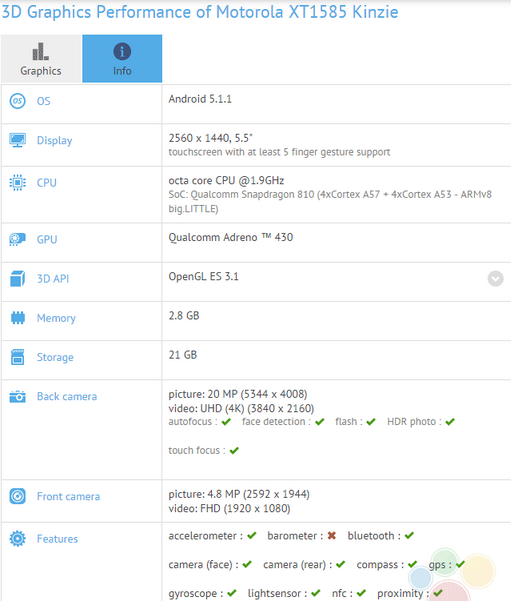 Moving on, the most interesting aspect of the handset happens to be its rumored screen size. While Motorola has maintained a 5.2 inch screen size for both Moto X 2014, Moto DROID Turbo and Ultra, it appears that the company will be increasing the screen size of DROID Kinzie XT1585 to 5.5 inches. The phablet sized form factor will be able to accommodate a larger battery and will be rendering a 1440p resolution.

We expected that the upcoming handset will feature a beefy battery since DROID Turbo was equipped with a mammoth sized 3,500 mAh cell. Other specifications include 3 GB of RAM, and a 20 MP/5 MP camera sensor combination. Since the handset is expected to be released later this year, we expect it to be running the latest Android operating system, which currently happens to be Android Lollipop 5.1.1.

For now, that is all the information available to us concerning the hardware specifications. Motorola has not officially announced the handset, but it is expected that company should have something for us in the coming months.