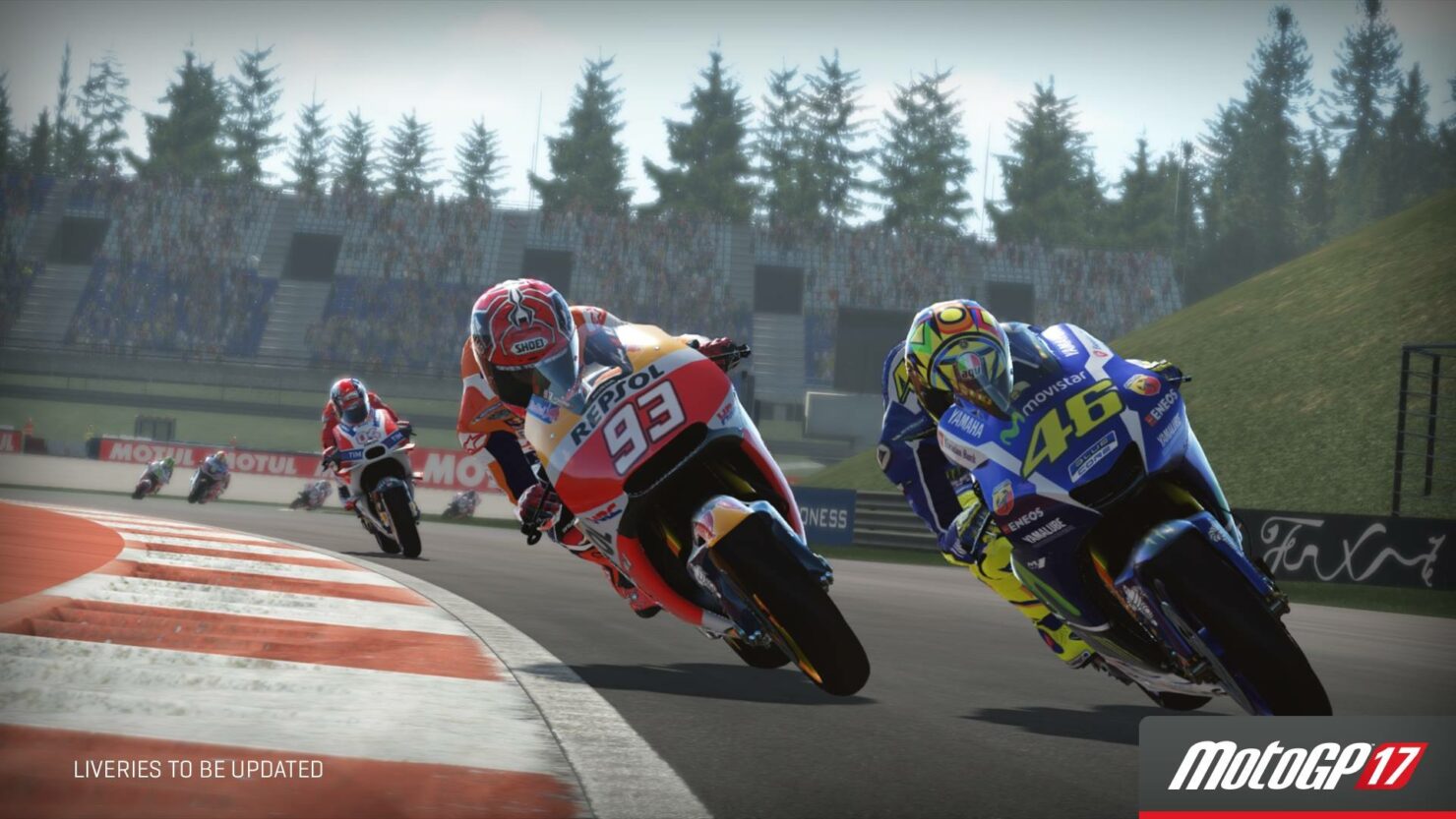 Milestone, the biggest Italian gaming studio, is about to launch MotoGP 17 on PC, PlayStation 4 and Xbox One. The officially licensed racing game of the MotoGP will run for the first time at 60FPS on all platforms, though there will be some differences. In our interview with the development team, Milestone's Lead Programmer Michele Caletti explained that MotoGP 17 will run at unlocked frame rate on PlayStation 4 and Xbox One since it may need to fall back during busy instances like crashes, while PC users will have the ability to lock the frame rate via the in-game options.

On PlayStation 4 Pro, the target 60FPS frame rate will be more stable while running at a higher resolution (1440P), though sadly there won't be any downsampling for those stuck with HDTVs.

MotoGP 17 will also offer basic HDR support at launch, though it will be improved via future updates.

On consoles, frame rate is not locked, because in some situations, say like massive crashes, the platforms offer some brilliant supports to minimize issues. Locking frame rate would just default on the "worst case", unlocked frame rate instead is used by all racing titles because it allows to get the best in all conditions. PC will offer unlocked or locked frame rate - it’ll be down to the player.

We've worked to support PS4 Pro, in terms of higher resolution, and basic HDR support, but we're still working to improve after day one, with a more detailed HDR, in order to jump from it being just ‘better on PS4 Pro’ to being ‘way better on PS4 Pro’.

On PS4 Pro the game runs at 2560 X 1440, with even more stable 60fps.
We don't apply downsampling on HD TV on PS4 Pro, but we're planning to update the HDR support quite soon and to improve graphics detail too.

MotoGP 17 is set to release on June 15th and it will have a brand new managerial career mode. Check back on Monday for our full interview with the developers.