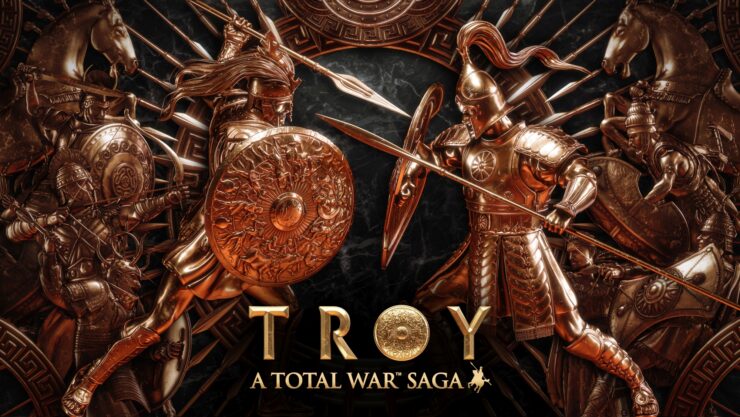 Total War is very quickly becoming a series that I seem to be constantly hearing something from. I'm not complaining, I absolutely adore total war. Total War is the primary reason I was brought into the PC gaming fold and the fact that the series is consistently good, great or even excellent is always comforting to me (There have been a few hiccups, but Creative Assembly have always fixed them). This brings me to what will be the sixth annual Total War title when it releases next year, Total War Saga: Troy. Yes, the leaks about Total War Saga: Troy were true.

Games like Total War are too big to ever truly be annualised, that's something I will always argue. That's why Creative Assembly Sofia is at the helm of this after assisting with the likes of Total War Saga: Thrones of Britannia (read my review here). Seemingly, you'll find the UK studio creating the core Total War entries, such as Total War: Three Kingdoms (the only 10/10 I've ever given) with the Sofia studio making the more focused Saga entries in the future. That's the impression I get. 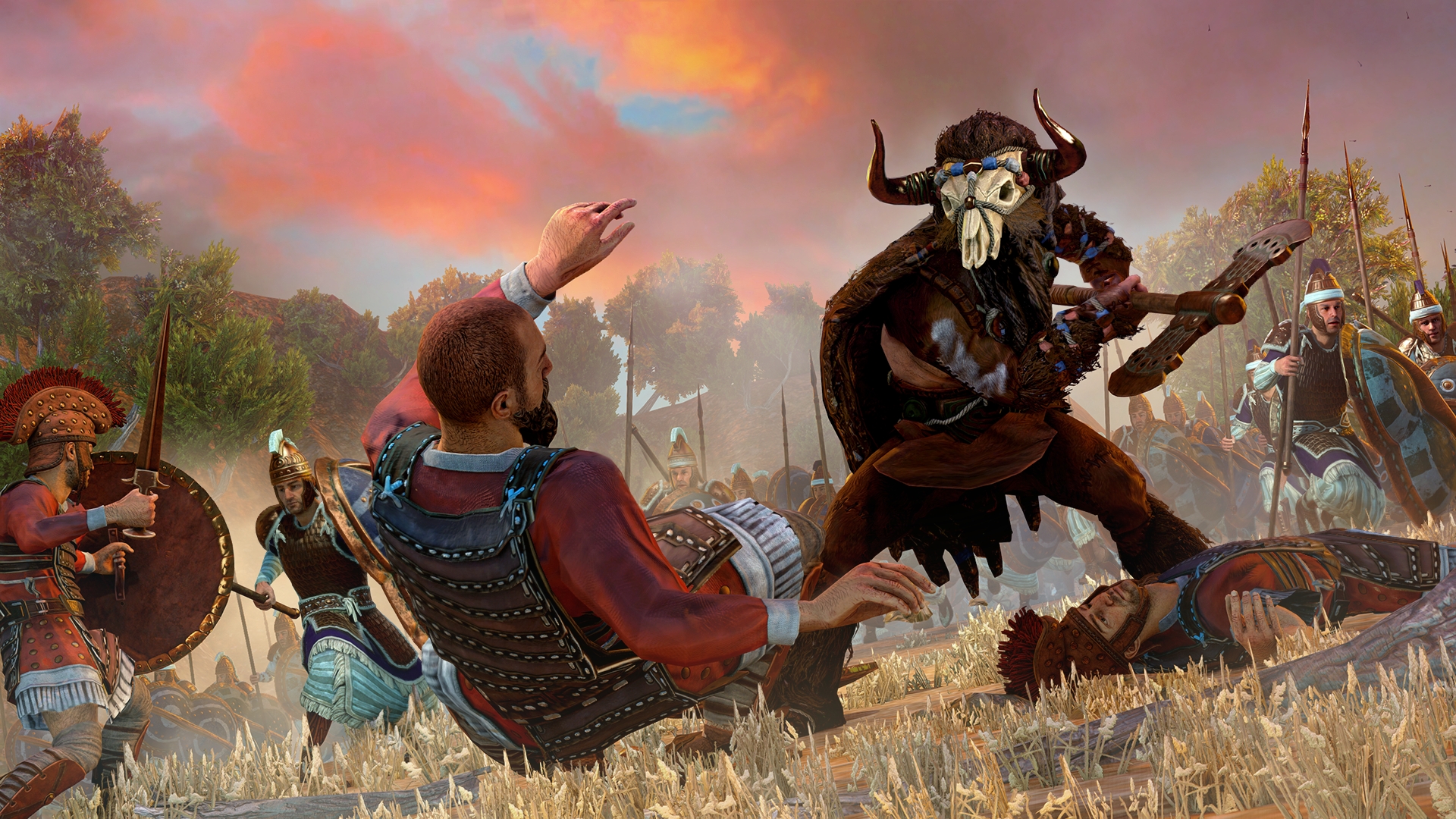 So, let's talk Total War Saga: Troy. One of the interesting aspects that should immediately spring to mind is that the whole story, setting and time period around Troy is surrounded by mythology. When it comes to the game, this is particularly true. The game has drawn a lot of inspiration from the Homeric epics (The Iliad and The Odyssey) as well as incorporating many other ancient Greek myths, such as the Minotaur. Or, I should say, they've drawn what they like to believe are the facts behind the myths.

In the case of the Minotaur, well as you can see above, they're reflecting it more as a huge, muscle-bound bloke, wearing what is essentially a cows head. Thinking about other mythological creatures from the time period, something I spoke about at length during an interview (look out for that later), you have such as the Centaur. In the game, these are simply cavalry troops. Why? Well, men riding horseback in war was very rare during the time period - chariots were the mobile weapon of choice back then.

During this time period, you also found a lot of references to the gods. The game will feature seven gods: Aphrodite, Apollo, Ares, Athena, Hera, Poseidon and, of course, Zeus. Much like the link to mythological creatures, the idea people had back then of getting favour from the gods is also included in the game. The impression I get, from what I've seen and was told, is that it's more about the morale and belief of your troops. This makes complete sense, with soldiers naturally believing they have the support of the gods following a number of victories, leading them to fight with more confidence. 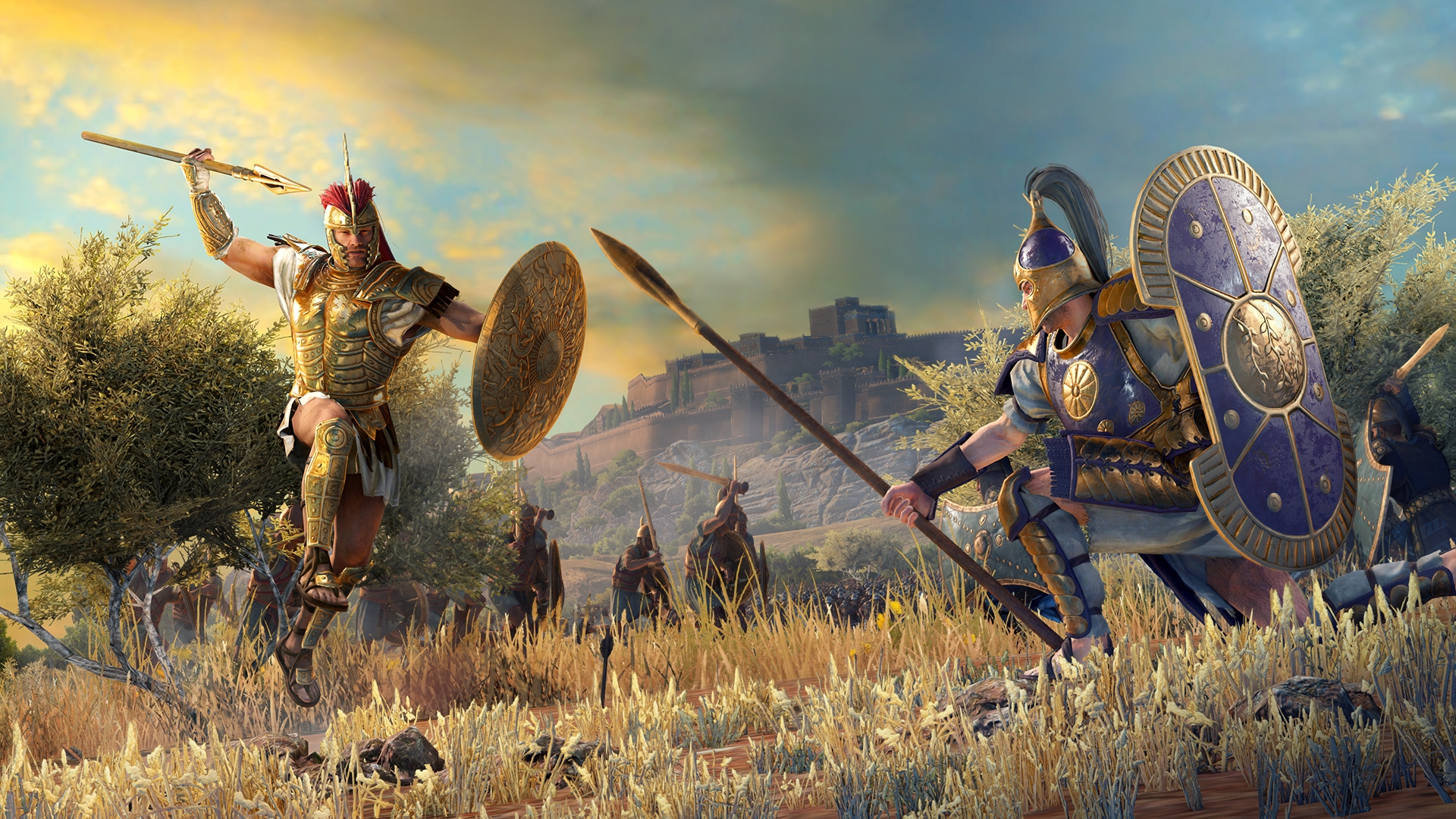 In keeping with fighting, the whole period of Troy was a time of heroes. This means that each and every faction you have at your disposal will have their own unique heroes. There will be eight factions within the game when it releases and the obvious two that should spring to mind are Achilles and Hector - if only for the excellent fight scene in the film Troy.

While on the subject of something unique, for the first time, the Total War series has added more unique terrain types to the game, which will directly impact you on the campaign map and battlefield. Granted, the impact is similar to that of other terrain types, but it's a start. For example, Total War Saga: Troy will feature terrain like mud, which will slow down the movement of your units as they get bogged down, naturally heavier units feeling this worse, as well as long grass which will allow some units to hide in it, ready to launch an ambush.

Back to the fight. Sadly, I don't believe we're going to see that excellent duel in the game - not in the same form as Total War: Three Kingdoms, though I was told that the way heroes will work means you will see them duelling on the battlefield, with them having a lot more attention to detail than regular soldiers. This isn't to say regular troops won't have that attention to detail, they will, with a focus on historical accuracy. As such, the variety of infantry types are vastly expanded, while cavalry types are few and far between.

Also trying to keep with historical accuracy, there's going to be less focus on Gold as the core resource within Total War Saga: Troy. Gold will still be the 'master resource', but won't be found in the same abundance as the others within the game. These others are food, wood, bronze and stone, each used in their own specific areas. This should add a range and variety to your building and expansion, rather than you simply being able to focus on amassing a huge wealth of gold and buying your way through as you could in some other Total War titles. 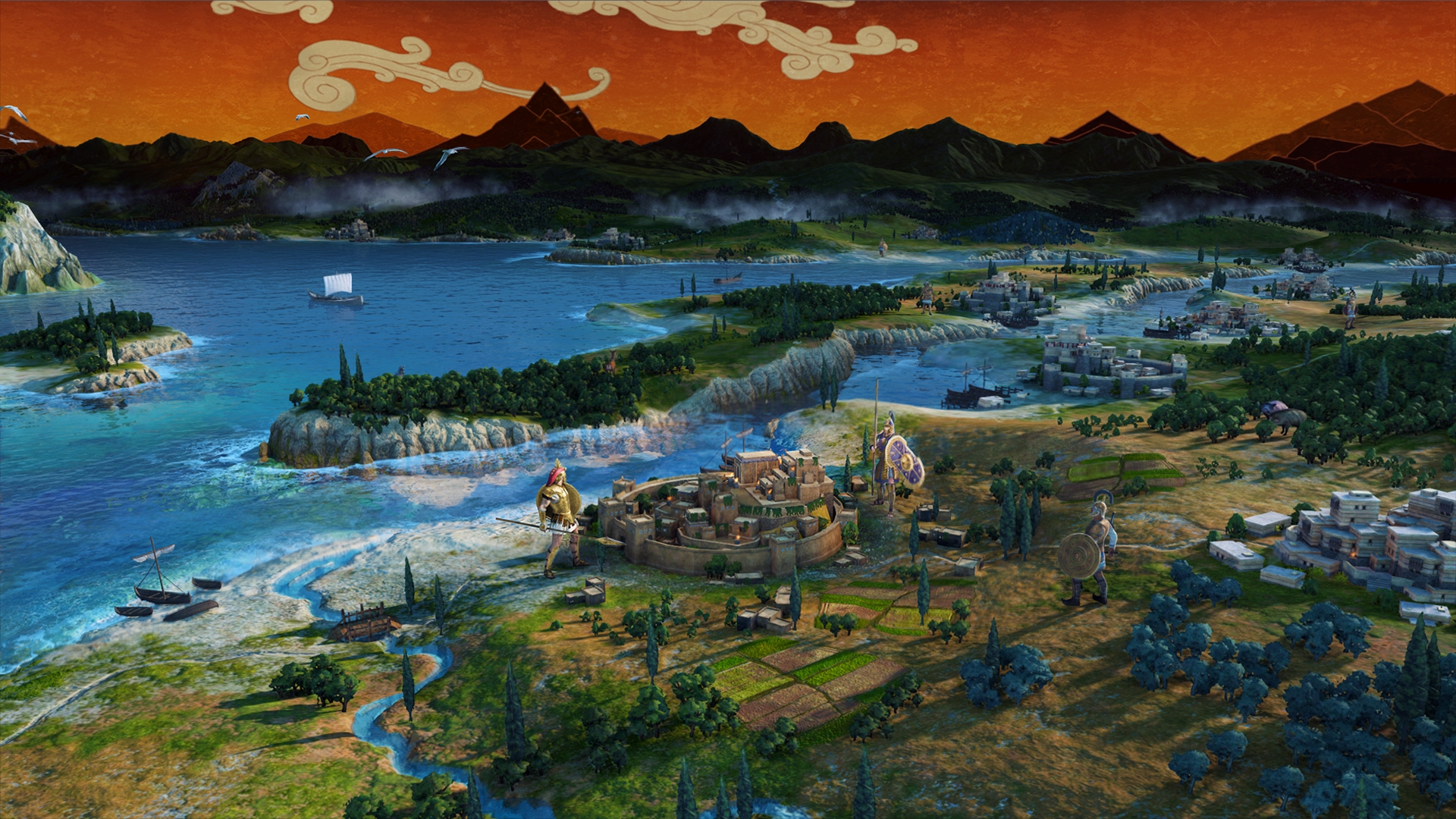 There are a few other smaller things that I really want to mention before I close this off, all based around the design and aesthetics of Total War Saga: Troy. First and foremost, it looks great already, with high-quality models and textures. It's vibrant and just generally attractive to look at. This is ignoring two major aspects though, the skybox and the fog of war, which are incredibly stylised.

The fog of war, for example, will literally burn away like parchment as you explore. That parchment will actually represent the mythical beliefs of the time too, with the drawings of mythical beasts on the map until you've explored and found no such creatures. Then you have the skybox - something you can see in the previous screenshot. I fell in love with it instantly, the clay-pot style design which will have illustrations of clouds, the sun and more. It's all in keeping with the setting and theme, as is the use of Homer as a narrator.

Following Thrones of Britannia, I'm ready to be pleasantly surprised by Total War Saga: Troy, which already looks to be bringing in some great ideas and design choices, letting it feel more like a core Total War game, but sticking to the 'Saga' remit of being more focused on a particular time period. It's early days, of course, with the game not expecting to be released until sometime next year, but from what I've seen so far, I'm excited.