Moss: Book II will Release on PlayStation VR on March 31 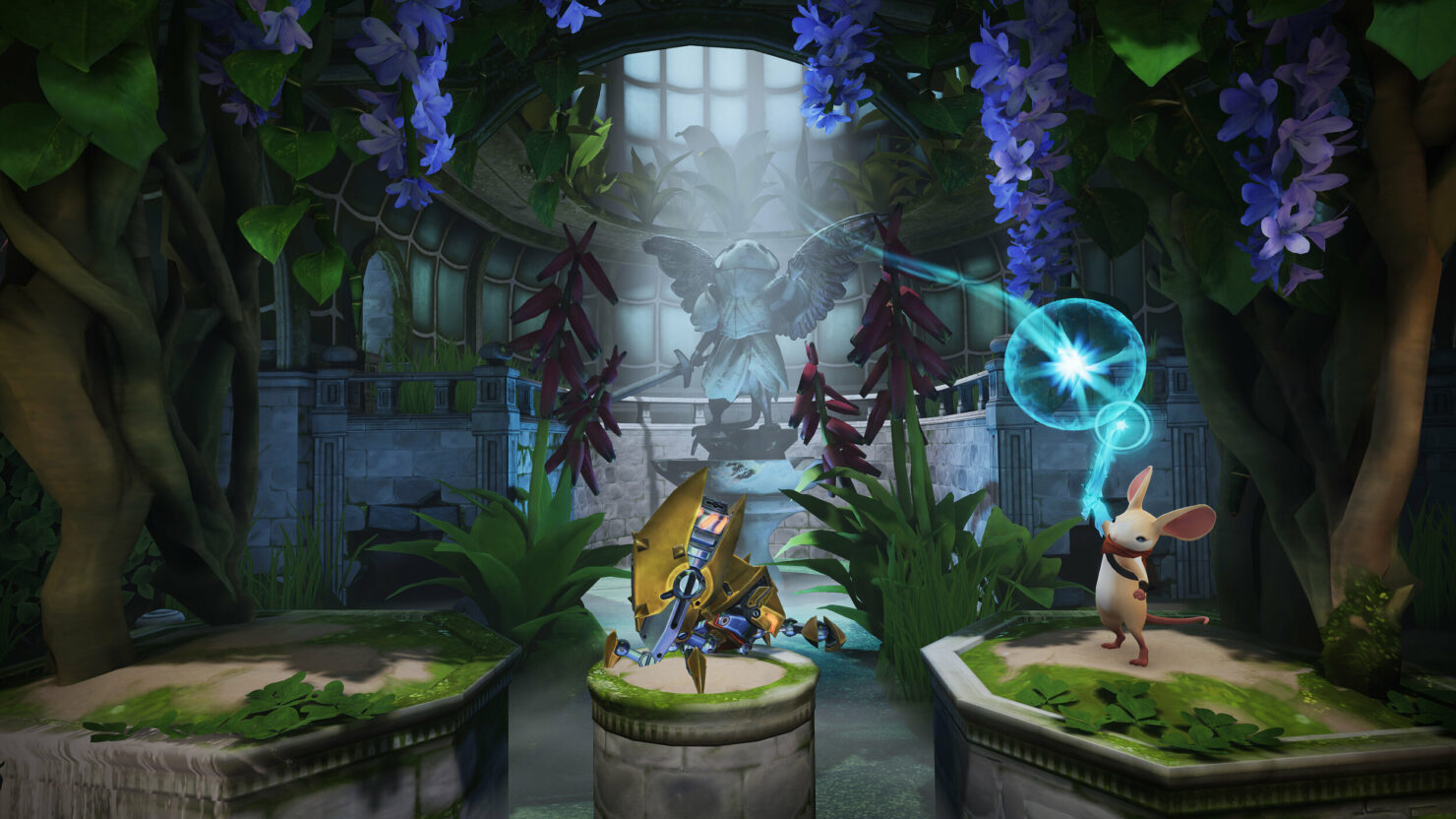 The launch date for Moss: Book II has been revealed. The game is going to be available for VR on PlayStation on March 31, two weeks from now. From this, players can imagine that they will be able to interact with new allies, old friends, and stunningly imagined environments sooner than later. At least it still meets the release window of Spring 2022.

The game builds upon the story set forth in the platinum-selling Moss video game that still ranks as one of the best-rated VR games to date. Having rescued her uncle Argus, Quill’s adventure continues with the revelation that a winged tyrant is hunting her within the hexed castle where her uncle was held captive.

Quill, however, has a plan of her own. Lined with dangerous terrain, challenging puzzles, and enemies twisted in fire and steel, the journey will be trying—filled with triumph and heartbreak alike—but new allies, old friends, and the very nature of the castle itself can offer help along the way. Quill has to do everything in her power to finally end the merciless rule of the Arcane and save the world from a great unmaking.

To celebrate the announcement, Polyarc’s Josh Stiksma, principal engineer and designer director sat down to record an episode of PlayStation Underground with PlayStation’s content communication managers, Justin Massongill and Tim Turi, to give fans a sneak peek at some of the environments, enemies, and challenges they’ll encounter in this new adventure.

You can watch the latest PlayStation Underground episode below:

Polyarc revealed a new limited-edition screen-printed poster to commemorate the release of Moss: Book II. Designed and printed by artist Kyle Sauter, it comes as an 11”x17”, 4-color screenprint on off-white heavyweight paper. The poster, valued at $25.00 USD, is currently available for purchase on Amazon. Moss: Book II is going to be available on PSVR on March 31

Moss – PSVR Platformer to Melt your Heart on the 27th February