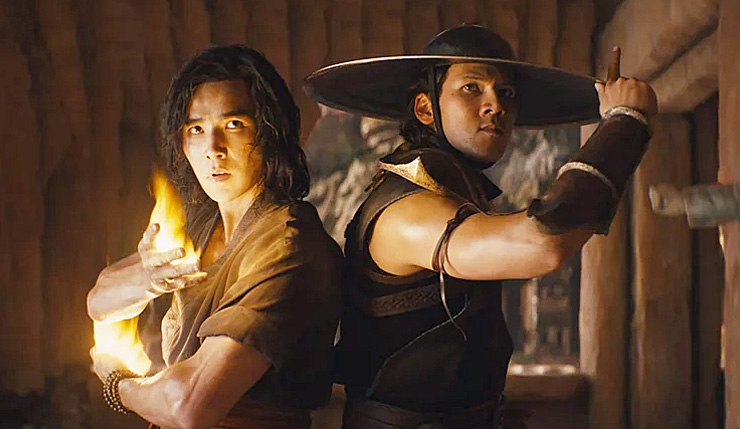 Back in 2019 when it was announced a new Mortal Kombat movie was in the works, response from most fans was…restrained. The 1995 Mortal Kombat movie is still a lot of campy fun, but what could a new film really bring to the table? Well, a lot more blood, for starters.

According to a new Entertainment Weekly interview with Mortal Kombat director Simon McQuoid, the new movie is “definitely not gonna get a PG-13 rating." Unlike the 1995 flick, we’ll be seeing full-on Fatalities inspired by the games this time around…

There are some crazy Fatalities. We've picked a couple of iconic ones. There's a lot of really cool signature moves that you'll see, a lot of Easter eggs that we snuck into the film, but there are some really badass Fatalities that I can't wait to see on the big screen. They're brutal, man. They, they don't hold back.

Well, they may have to hold back a little. The kind of body-mutilating, gut-splattering violence that passes in MK videos games would earn a movie an NC-17, but it sounds like McQuoid is looking to push an R rating as far as it can go.

But what’s the new Mortal Kombat movie actually going to be about? Well, it seems our main protagonist will be a new character --  a down-on-his-luck MMA fighter named Cole Young (played by martial artist Lewis Tan). Scorpion (Hiroyuki Sanada), Sub-Zero (Joe Taslim) and their ongoing feud will also be a major focus, with flashbacks showing them earlier in life. Cole will also run across other iconic characters such as Sonya Blade (Jessica McNamee), Jax (Mehcad Brooks), Liu Kang (Ludi Lin), Kung Lao (Max Huang), Raiden (Tadanobu Asano), Kano (Josh Lawson), and Shang Tsung (Chin Han), and yes, there will be a traditional MK tournament. Head on over to Entertainment Weekly to check out more images of the characters.

The new Mortal Kombat movie will hit theaters and HBO Max on April 16.