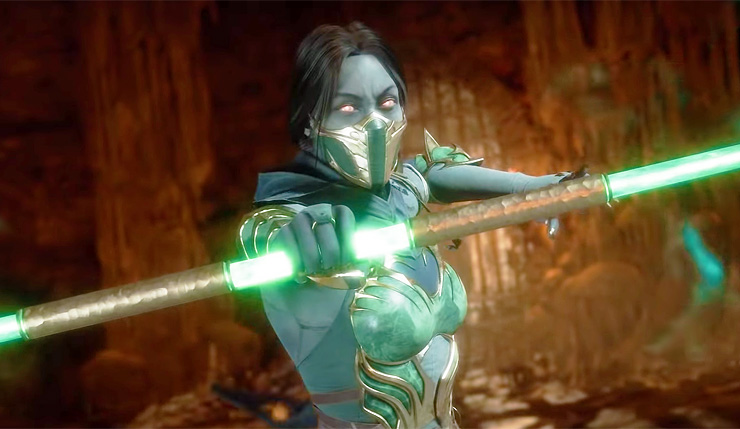 Late last week, some of Mortal Kombat 11’s achievements leaked, potentially revealing a number of unannounced Kombatants. One of the names fans got most excited about was Jade, who started as a relatively minor character in early Mortal Kombat games, but has really exploded in popularity in more recent years. Much like Kitana, which she was originally a palette swap of, Jade is particularly popular with cosplayers.

Well, it’s official – after sitting out Mortal Kombat X, Jade is returning in Mortal Kombat 11, and she’s got a bit of a new look. Featuring otherworldly glowing eyes and greenish skin, it seems as though Jade’s death in Mortal Kombat 9 has changed her. She’s still a badass though, wielding her staff and all manner of other pointy weapons. Check her out in action, below.

Dang, that might be my favorite Mortal Kombat 11 Fatality yet! Jade joins 10 other confirmed MK11 fighters -- Scorpion, Raiden, Sub-Zero, Sonya Blade, Skarlet, Baraka, Kano, Kabal, D’Vorah and new character, Geras. What do you think of the roster so far? Based on that aforementioned leak, Cassie Cage, Erron Black, Frost, Jacqui Briggs, Kotal Khan, Kung Lao, and Liu Kang may also be added to the roster.

Haven’t been keeping up with Mortal Kombat 11? Here’s the official rundown: