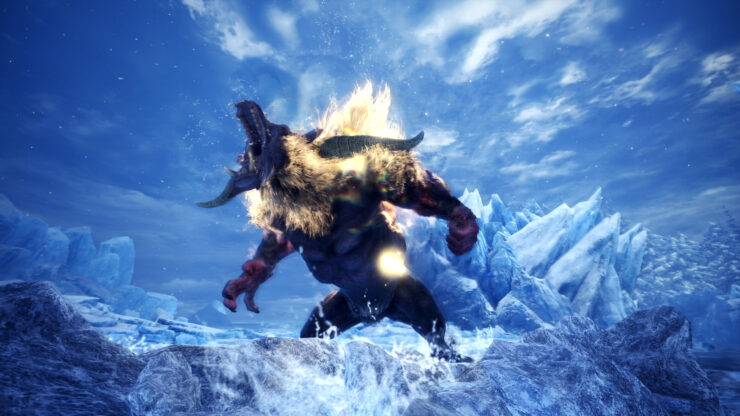 Monster Hunter World Iceborne Update 3 will be arriving for PlayStation 4 and Xbox One on March 23, Capcom has announced.

The new content update for the Iceborne expansion will add the Raging Brachydios and Furious Rajang for eager hunters to catch. Following the console update later this month, PC players will be able to enjoy the update in April. Last month, Capcom already released a trailer showing off the new monsters included with the free new update.

The date is set! Raging Brachydios and Furious Rajang will challenge bravest hunters on March 23 on PS4 and Xbox One! Coming to PC in April. pic.twitter.com/COUIROiLKf

Back in January of this year, Capcom revealed the post-launch content update roadmap for the Iceborne expansion. The roadmap already mentioned this month’s free content update and also revealed that starting next month, major content updates for both PC and consoles will be released simultaneously.

“A subsequent major title update brings two additional variant monsters to Iceborne, which will be available for console players in March and in April for PC”, Capcom wrote. “Later in April marks the beginning of major content updates for both PC and console being released on the same schedule. New Arch-Tempered and Master Rank versions of existing monsters will be available at the same time for both PC and console players, followed by the return of a fan-favorite monster in May. More synced updates and additional monsters will be available in June and beyond, with details coming at a later date.”