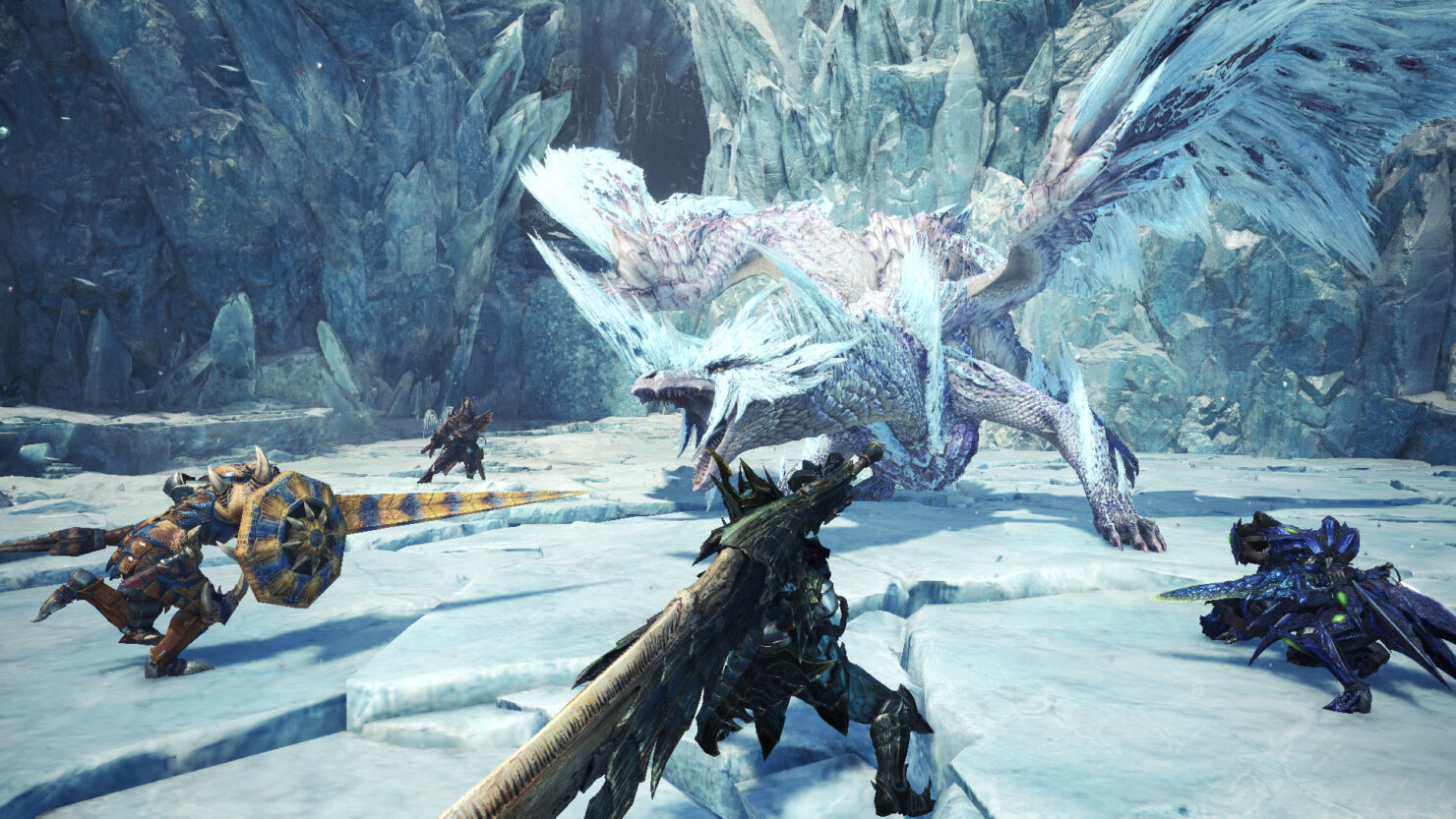 Monster Hunter World Iceborne is out now globally on PC (via Steam, though you can buy it at a slight discount via Green Man Gaming), CAPCOM announced with a press release. The expansion (which requires the base Monster Hunter World game) adds a number of PC specific technical improvements, and there are also some bonuses to be snatched as part of the launch event.

The PC version of Iceborne includes features such as a high resolution texture pack, customizable graphical settings, DirectX 12 support, plus optimization for FidelityFX CAS and upscaling. Additionally, mouse-and-keyboard controls have been revamped across the board to better suit the new actions and abilities on PC.

To celebrate the launch of Iceborne on PC, two different item packs offering free consumable items are being offered as login bonuses to PC hunters. The first item pack is being provided to all PC players and the second pack is only available for players who purchased Iceborne on PC. Both item packs are available for a limited time and can be claimed by logging in between now and February 5th.

CAPCOM promised a 'robust' post-launch schedule of free updates, with the first one scheduled for early February. More information on the upcoming title updates for Iceborne will be shared on January 19th.

Kai reviewed the PlayStation 4 release of Iceborne a few months ago and had very high praise for it, as you may read in the excerpt below.

Monster Hunter World: Iceborne is one of the meatiest expansions that’s come to the series to date. While it doesn’t have a G or other letter signifying its importance in the name, Iceborne is as close to the complete experience that players will see for Monster Hunter World. Nigh all of the new content is geared towards experienced players and keep giving them a reason to return to Astera or venture out to Seliana with friends in search of danger and glory.

The refinements and upgrades to the combat offer players more versatility in their builds and finally give charge blade users a reason to focus on more than just raw attack. Iceborne has already captured my attention greater than the base game, and while the fights are far more challenging than what I played last year, they’re some of the most rewarding. If you can only pick one RPG to dedicate the next couple hundred hours of your life, perhaps you should pick one that’s well done.