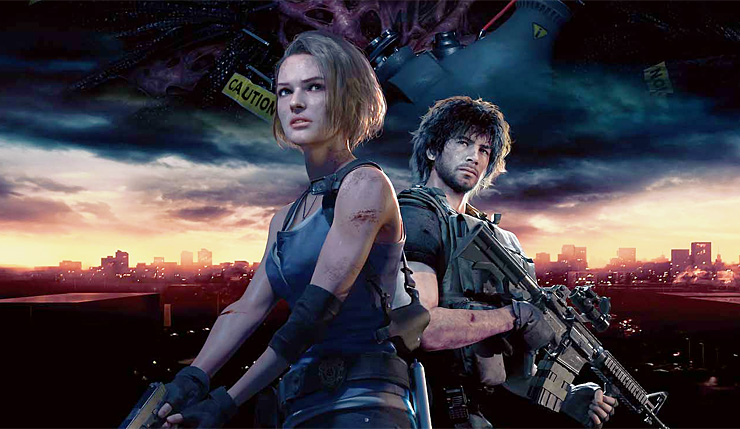 AMD will be renewing their “Raise the Game” offer in February, with a new lineup of free games for those who buy Radeon RX 5000 series graphics cards. Previously, AMD offered games like Borderlands 3, Ghost Recon Breakpoint, and The Outer Worlds for those who bought RX 5000 cards or Ryzen processors. That offer ended on December 31 (with participants having until January 31 to redeem codes), but it seems the promotion was successful enough to do again.

While AMD hasn’t officially announced the new Raise the Game promotion, VideoCardz apparently has the early details. If you purchase a Radeon RX 5700 or 5700 XT you’ll get Resident Evil 3 and Monster Hunter World: Iceborne, while those who buy an RX 5500 XT will get Resident Evil 3, Warcraft III: Reforged, and Ghost Recon Breakpoint. Meanwhile, all purchases of RX 500 and 5000 graphics cards will get a free three-month subscription to Xbox Game Pass. 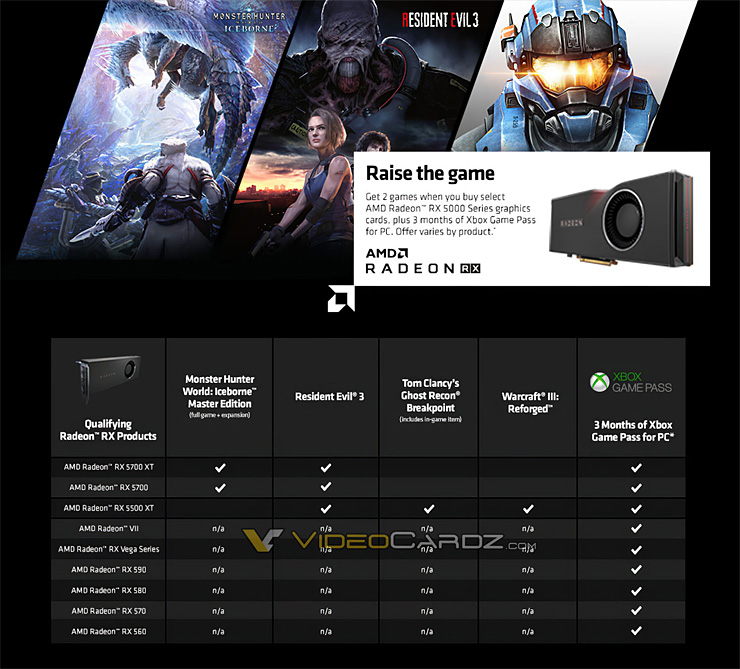 And no, your eyes aren't deceiving you -- it seems the RX 5600 XT is left out of this promotion. Why that is, I have no idea. Maybe it’s just an oversight and the 5600 will be included once the promotion is officially announced (we also don’t know whether Ryzen processors will be included this time around).

This is definitely a pretty good deal for those looking to invest in a high-end graphics card. Sure, graphics cards can be expensive, but nearly $200 of free games is nothing to sniff at. Here’s hoping AMD continues these offers on a semi-regular basis.

The latest Raise the Game promotion reportedly kicks off on February 4 and will continue until April 25. Those who pick up a qualifying card will have until May 25 to cash in their free game codes. What do you think? Do these kind of promotions actually sway your purchasing decisions?