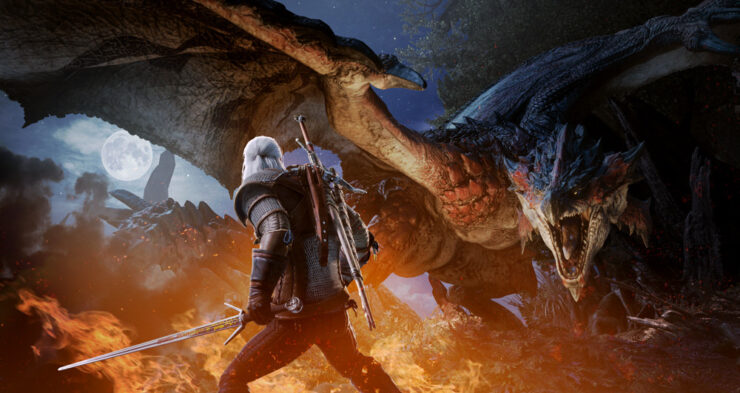 Monster Hunter World is going to become an even bigger game next year when the massive Iceborne expansion launches on all formats.

The Iceborne expansion will include a brand new environment, new monsters, new items and much more. A teaser trailer has also been released today, you can watch it below.

Just to recap, we’re bringing you a brand new environment, new monsters, new equipment to forge, a new quest difficulty rank, and much more! We’ll have more details on this expansion in spring 2019, so stay tuned.

Before the Iceborne expansion launches, Monster Hunter World will be getting more free content.

Everyone is still celebrating the Winter Star Fest, and as the event comes to a close in a couple of days, the Research Commission will allow hunters to take on a revamped Kulve Taroth Siege with an Arch-Tempered form of that Elder Dragon and new rewards!

Among the free content coming to the game next year will be a special collaboration event which will bring content inspired by The Witcher 3: Wild Hunt.

And as we look to 2019, we’ll start the year off with the Appreciation Fest to celebrate one year of Monster Hunter: World, followed by two more exciting updates: Arch-Tempered Nergigante and a special collaboration with The Witcher 3: Wild Hunt!

Monster Hunter World is now available in all regions on PC, PlayStation 4 and Xbox One.