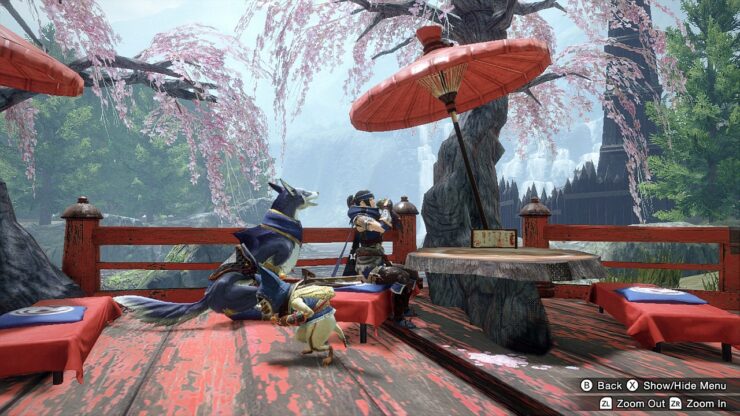 The proper version of Monster Hunter Rise PC won't be available until early 2022, as CAPCOM recently confirmed. However, the Nintendo Switch version that launched today already works with the Ryujinx emulator.

Still, there are a few caveats to playing Monster Hunter Rise PC through emulation right now.

- Navigating to the in-game album crashes the game (hopefully fixed soon!)
- If you are using game update version 1.1.1, you must disable shader cache; version 1.0.0 works fine with shader cache enabled (this too will be fixed)
- Performance optimizations are on the way!

Check out the game's launch trailer below.

Following the blockbuster success of Monster Hunter: World and its massive Iceborne expansion, the latest installment in the action RPG franchise transports players to the colorful Kamura Village, as they prepare to defend themselves against a rapidly approaching calamity called the Rampage. Hunters can tackle these challenges solo, or with up to three other players in local or cooperative online play, while also taking advantage of the versatility of the Nintendo Switch system, which allows for hunting anywhere, anytime and with anyone!

When players aren’t exploring the five expansive locales, such as the Shrine Ruins, Flooded Forest, and Sandy Plains, they can also battle hordes of massive monsters in the new Rampage quest type introduced in Monster Hunter Rise. In these quests, hunters must work with the citizens of Kamura Village to prepare their defensive installations and guard the Stronghold barricades against waves of invading monsters, including any Apex monsters that may arrive during the siege. In addition to the new game mode, Monster Hunter Rise also introduces new “Switch Skills” for each weapon as hunters progress through the game. By swapping out these new skills with existing Silkbind or regular attacks, players can create all new combos and strategies that match their preferred playstyle.

Monster Hunter Rise will also include new features to improve joining up for hunts with others. Dynamic difficulty scaling for multiplayer automatically adjusts as new players enter and exit a hub quest. The new “Hunter Connect” feature will allow players to create tags with their objectives and playstyle, search for other players with the same tags or invite friends to any tags they have joined. Upon completing a quest in multiplayer, players will also be able to like the other hunters in their party, and increase the likelihood of finding each other in matchmaking.