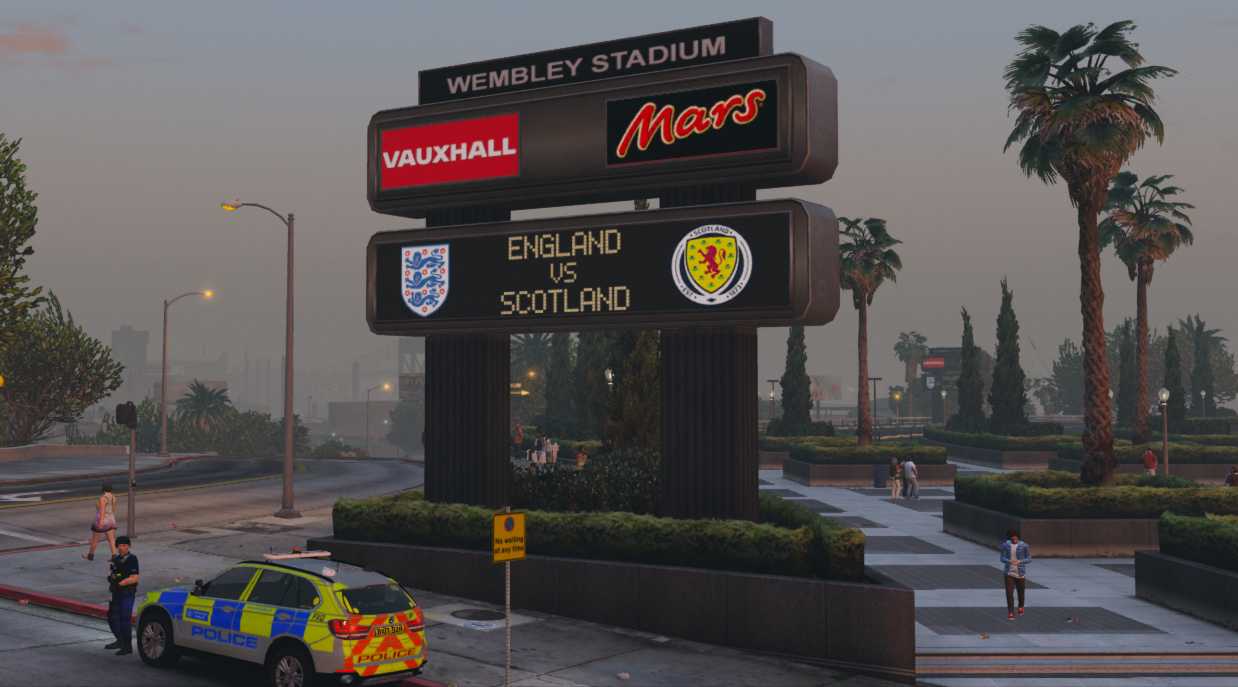 The GTA V mod Project London, as you could guess from its title, is aimed at transforming San Andreas into London.

One of the three modders working on the project explains that the project is extremely ambitious: "I got a message the other day from some guy asking if the roads could be done—if the cars could be swapped to the opposite side in the style of British road networks. I sat down and calculated the work for that. I'm looking at 210 hours just for the roads," said modder Kieran to PCGamer.

The original GTA: London took place in the 1960s, while Project London focuses on the modern city. The idea is to add all major points of recognition step by step to the mod, in order to transform the GTA city little by little to the one that appears in the English capital. To do this, the modders need to do a lot of research on Google Street View, videos, and photos from London.

"It's a lot of work, it will take time, but whenever I finish one thing—I've just finished Heathrow Airport, for example—I add it to the pack, update it, and release it. There are three of us working on it now, and while we strive to mirror reality, if we think something looks right in situ, and it still looks like London, then we're fine with that," Kieran said.

When Kieran was asked about when the project might be finished, he stated "I genuinely couldn't tell you. There are just so many files that need opened, tinkered with, replaced. The whole thing costs me money too—there's a program I need in order to do it. It's just a lot of work, there are so many files that need replacing across the whole map—you wouldn't believe the amount of files I've had to replace so far."

"Simply put, this project is something I love doing. It's something that I've always loved doing. I think it makes the game overall more enjoyable. I think the standard, vanilla GTA is a bit lacking in certain areas, and that's why modders do what they do," Kieran further added.

In any case, the modders have indicated that Project London is a hobby project, where they only work in their free time. It may take a long time before there is an update on the Project London. More information about the mod can be found on the GTA V Mods page.