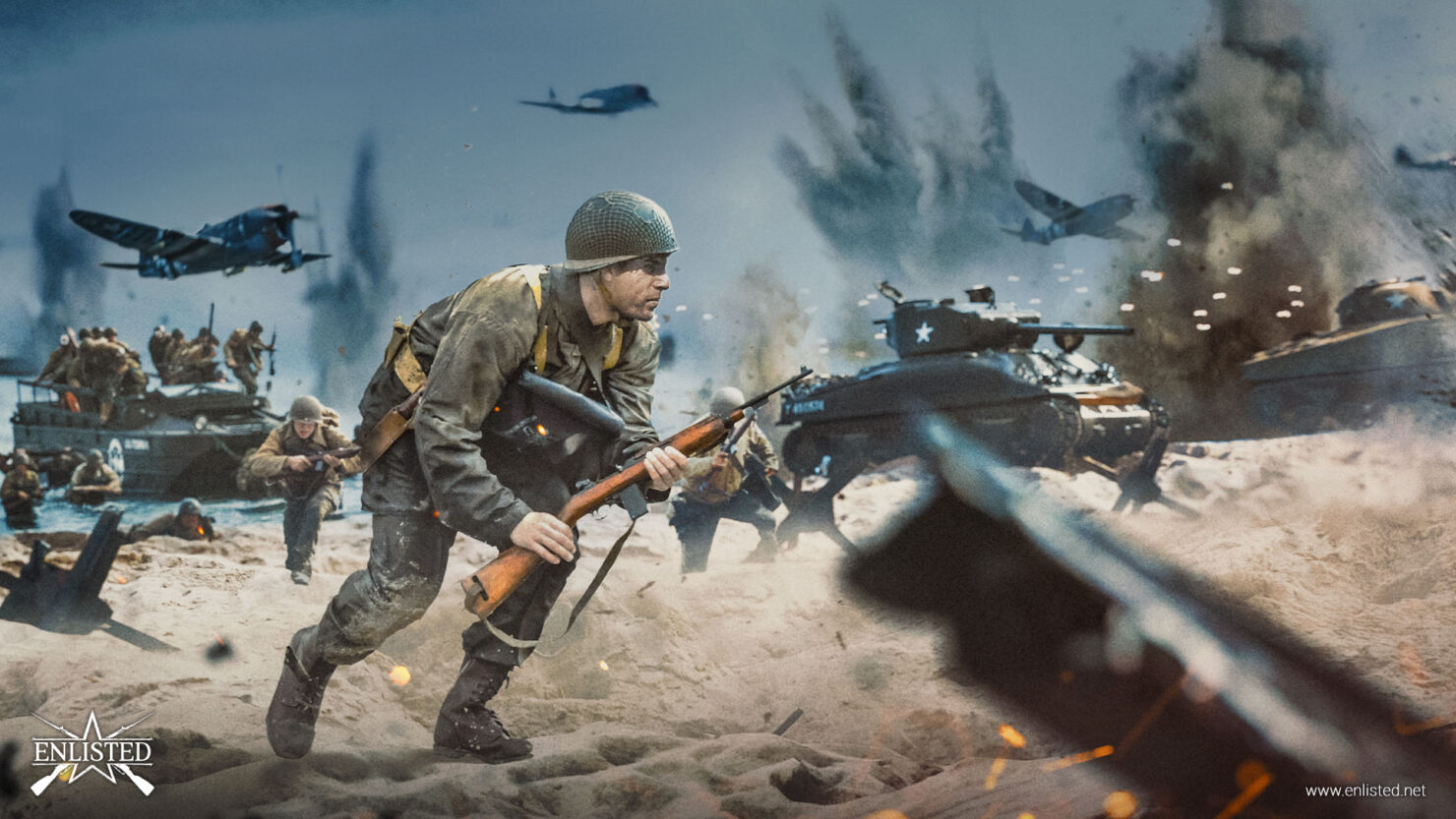 We thought this was the perfect time to catch up with the developers to discuss the development progress of Enlisted and touch on some of the features, such as the newly enabled crossplay, the progression system, and more.

The answers below were provided by Lead Game Designer Sergey Kolganov and Gaijin CEO Anton Yudintsev.

Enlisted has been in Early Access preview/beta for a few months now. Can you discuss the feedback you got from players so far?

Sergey Kolganov: We got a lot of feedback regarding problems with AI soldiers' behavior. Balancing AI is always a tricky thing and it’s especially important for Enlisted because of our signature AI soldiers squad feature. It’s not good when AI soldiers are too stupid and are an easy prey for enemy players. On the other hand, it’s also not good when they are too smart and fight too effectively, easily killing human players from a safe distance. We’re very grateful to the Closed Beta participants that explained what they liked and did not like about the AI soldiers. The latest patch finally generated quite positive feedback regarding the AI.

Some players have voiced concerns about the character progression system and its 'random' mechanics. Is this something that could get changed to something more straightforward?

Sergey Kolganov: We heard those concerns as well. We’re working on the update of the metagame in Enlisted right now and one of our goals is to decrease the influence of random mechanics and to give players more control over the progression. Progression will still have some random elements, but they will be less important.

Are you planning to reset player ranks once the Enlisted beta is over?

Sergey Kolganov: Yes, the progress will be wiped, because of the metagame and other changes that will be incompatible with the existing CBT system. It’s also important to level the field before bringing in a new audience so that both new and old players will be able to start from the same point.

Obviously, players will still have all the content from packs they purchased or got via Twitch Drops. We’ll also give special rewards to all CBT participants.

You've turned on the crossplay feature with this new update. However, several console players are complaining that this is putting them at a disadvantage against PC players using mouse and keyboard. Could you add a way to only matchmake with players using gamepads, just like Call of Duty?

Sergey Kolganov: Crossplay is enabled by default during the Closed Beta period for testing purposes. We’ll reconsider this after CBT ends based on player feedback and will think about your idea as well. Right now there is an option to turn crossplay off completely and this option was there from the start. Turning it off will probably increase match waiting times, though. So it’s up to the players to decide what is more important for them right now.

What was it like to port the game to PlayStation 5 compared to your experience with the Xbox Series S|X? Are there any meaningful differences between the PS5 and Xbox Series X versions?

Sergey Kolganov: Both platforms are quite similar from a developer perspective, and they are also very close to PC as well. So porting the game to PS5 is pretty straightforward and there is not much interesting to talk about. It’s not like working on a port for PS3 with all those custom-designed processors when moving to a new platform was really a challenge. Basically, the PS5 version of Enlisted is the same as the version for Xbox Series X while the version for Xbox Series S is also the same, but works in lower resolution.

What do you think about the DualSense controller? Does Enlisted already use its unique features?

Sergey Kolganov: Not yet. While we support basic rumble features, we’re not utilizing unique functionality that the DualSense controller provides. Right now we’re focusing on polishing the gameplay features first and foremost. But we’re looking forward to harnessing the power of DualSense controllers in the future to make sure that PS5 players will get more customized experience of Enlisted.

A few months ago you told us that DirectML support was under exploration. Can you give us any update on that topic?

Anton Yudintsev: Sorry, I have nothing new to say about DirectML today.

In our previous chat, you also mentioned that DirectX 12 Ultimate features would be coming in 2021 from Xbox Series to PC. Do you have a timeframe for that yet?

Anton Yudintsev: DX12 Ultimate support in drivers is currently not that good, although rapidly enhancing. Just in December one of the vendors released drivers that had broken some of the features completely. They have fixed that in the next version based on our feedback, but still this case shows that it is a raw stage yet. As it is already available on Xbox Series, it is not an issue for us to enable that on a PC, as soon as we see it is stable enough. We are working with vendors to ensure it is happening as soon as possible.

Do you plan to release the 1.0 version of Enlisted before the end of this year? What else can players expect to find in the full version in terms of content, compared to the beta?

Sergey Kolganov: We’re pretty sure that we’ll move from Closed Beta to Open Beta this year. I can also assure you that the players will be getting new campaigns and a lot of new vehicles and weapons this year as well. The recent addition of the Normandy campaign is a good example of what that actually means.