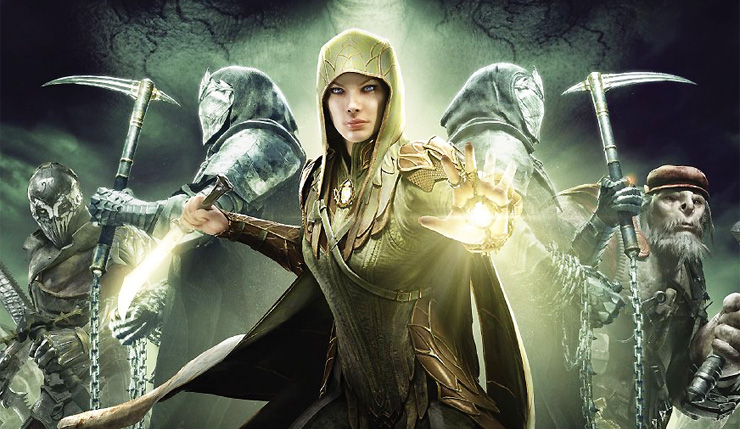 Middle-earth: Shadow of War has dropped out of the headlines since launching late last year, but Warner Bros. Interactive is hoping to drum up some new interest with a hefty helping of additional content. Today marks the launch of Shadow of War's first big story expansion, Blade of Galadriel, as well as a major free update, which adds new depth to the Nemesis System. You can check out a trailer for Blade of Galadriel, below. Warning: The following trailer contains spoilers for Shadow of War's main plot.

Blade of Galadriel casts you as Eltariel, a deadly assassin who is sent by the elvish queen to take down the Nazgul. Of course, this thrusts her into conflict with Talion, who has become corrupted by Sauron’s power. Here’s what you can expect from the expansion:

Meanwhile, here are the features included in Shadow of War's free content update:

Nemesis System Enhancements – Orc Captains (whether friends or foes) can exhibit new traits and behaviors, adding further depth to combat encounters and player interactions, such as:

Player Skins – Choose to appear as Talion or Eltariel in the main story campaign.

Training Orders Update – Players can now upgrade their Orc Followers with Training Orders while in the Garrison, saving time and offering more flexibility in deployment.

Player Stats Page – New menu for players to track a variety of in-game statistics, including the number and type of enemy kills, dominations and betrayals; fortresses conquered and defended; gear pieces collected and upgraded; and many more.

Field of View Options – More ways for players to customize the user interface and scale their field of view.

Blade of Galadriel is part of Shadow of War's $40 expansion pass, which includes the already-released Slaughter Tribe and Outlaw Tribe Nemesis System expansions, and the Desolation of Mordor story expansion scheduled for May. You can also buy Blade of Galadriel à la carte for $15.

Middle-earth: Shadow of War is available on PC, Xbox One, and PS4. Are you interesting in delving back into Middle-earth? Or is Blade of Galadriel too little, too late?