Talion and Celebrimbor return in Middle Earth: Shadow of War. Running on the Monilith Firebird Engine a modified Lithtech engine built upon that used in the first Middle Earth: Shadow of Mordor this game should be relatively easy to power along, or is it? That's what we're going to take a look at today now that I've stopped playing long enough to dig into performance numbers.

Testing the game's performance across a variety of hardware was fairly simple thanks to the built in benchmark tool.  We've included a video that we recorded using NVIDIA Share with the GTX 1080 so you can see the run for yourself.  After playing the game for some time we've found it to be fairly representative of in game performance.

The above settings were used across the gamut of hardware tested. We went for the 'Very High' setting as it seemed more realistic on requirements than the 'Ultra' preset.  The 'Very High' preset also allowed us to use that setting across all cards.  This game also brings 'Dynamic Resolution' to the table, although we disabled it for testing.  FRAPS was used to extract frame times from the duration of the benchmark and used to gather the results.  We utilize 1% and .1% lows instead of absolute minimums as that eliminates outlier frames and proves more representative of actual experience.  For our primary GPU testing we used our X370 platform with the Ryzen 7 1700 clocked to 3.9GHz. 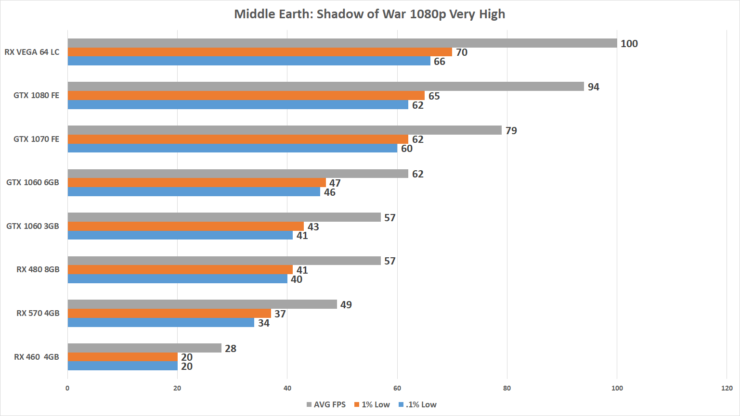 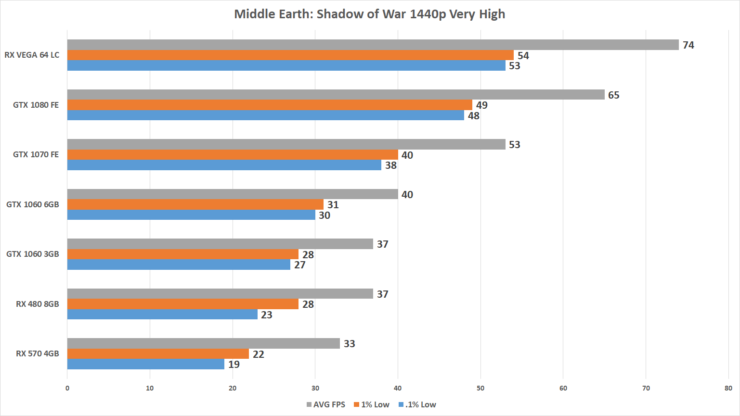 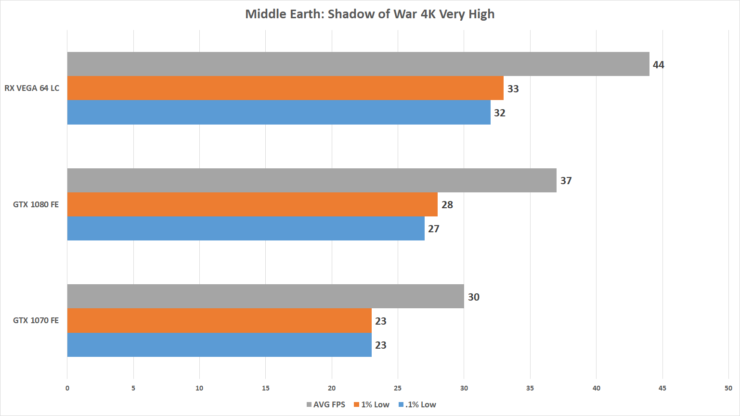 For CPU testing we were going to include core scaling, but thanks to being locked out thanks to DRM from changing hardware we're just going to stick with the CPUs as they are.  The Ryzen 7 1700 at 3.9GHz was used here as well as the Core i7 6800k (no 8700k on hand, sorry) clocked at 4.1GHz.  For the GPU we use the GeForce GTX 1080 FE for these comparisons.  I think the results are close enough for margin of error. 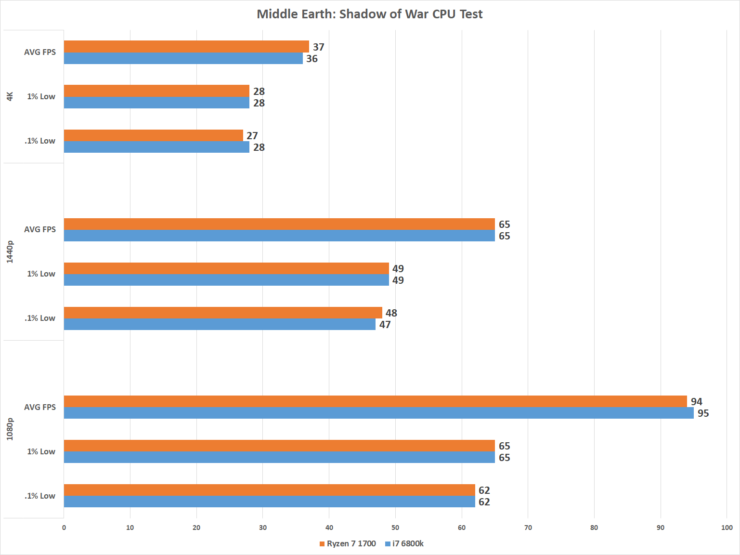 Looks like Middle Earth: Shadow of Mordor is easily playable on most modern graphics cards.  If you were running something along the lines of the RX 460 you'll clearly want to drop down the settings, but even still it put up a respectable showing.  At least all of that is true at 1080p, going past that you'll want to bring some serious firepower to the game.  It's refreshing to be able to put together one of these analysis without having to spend time explaining strange issues or talk about how one sided performance is, clearly the folks over at Monolith did their due diligence to ensure that everyone would be able to enjoy this game.  And while it may not be the most amazing visuals it does look good, and plays well across a variety of hardware.  Now I'll leave you to the comments as I jump back in on my questing.