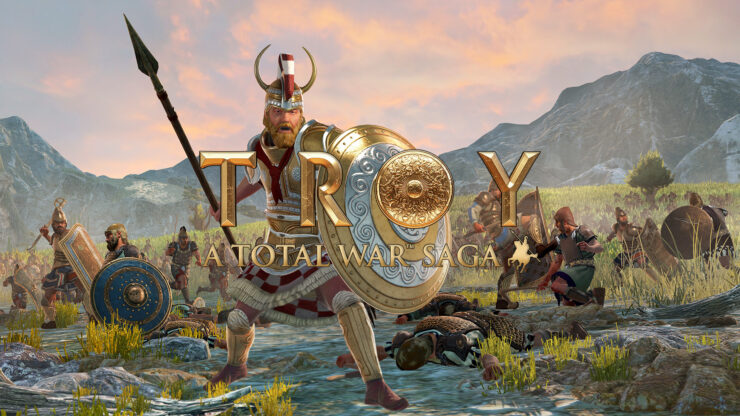 Total War Saga: Troy is the latest entry to the now 20 year stretch of Total War games. The Total War series has undergone many transitions to keep up with the times but they have remained true at their heart very much a well crafted RTS, and in the current times, that's very welcome. If you're wondering why Chris thought this game was worthy of a 9/10 head over to his review. But, if you're here then you're likely wondering how the game performs.

Total War Saga: Troy has been fairly well-received after being given away for the first 24 hours of its release window over on the Epic Games Store. But how well will your hardware receive it? TTS: Troy is powered by the Total War Engine 3 (Warscape) Engine, the same engine powering the last Total War entry, Three Kingdoms. Total War dabbled with DirectX 12 back during the latest Warhammer series but have since gone back to a DirectX 11 exclusive for their rendering API, disappointing for a game that can have so many characters on screen.

Total War Saga: Troy comes with the typical array of presets ranging from Low to Ultra with even more settings to tweak over the Ultra setting for those crazy enough to endeavor there. Thankfully the game features a repeatable built-in benchmarking utility that gives you the chance to test out the game's performance across three different scenarios. Ultra preset is the name of the game here in this test as we wanted to really put the screws to everything and see if this game could be run at the Ultra preset and we found it to be much harder than expected. We chose to go with the Battle scene as it was the absolute most strenuous of the three and is representative of a scenario where your framerate stability would matter most, the heat of battle. We ran the 90-second benchmark three times capturing results using FrameView.

Just a note, the Battle benchmark included in the game (the one we used) will yield the lowest performance numbers, typically about 60% fo the performance figures the other two benchmarks yield. So if you find yourself with much higher performance comparatively, check which benchmark you're running.

Once we had the results from 3 runs, after discarding an initial burner run for loading purposes, we took the average of average frame rates as well as the 1% percentile results from the run. We report our performance metrics as average frames per second and have moved away from the 1% and .1% reporting and are now using the 1% percentile. For those uncertain of what the 1% percentile is, representing is easily explained as showing only 1 frame out of 100 is slower than this frame rate. Put another way, 99% of the frames will achieve at least this frame rate. 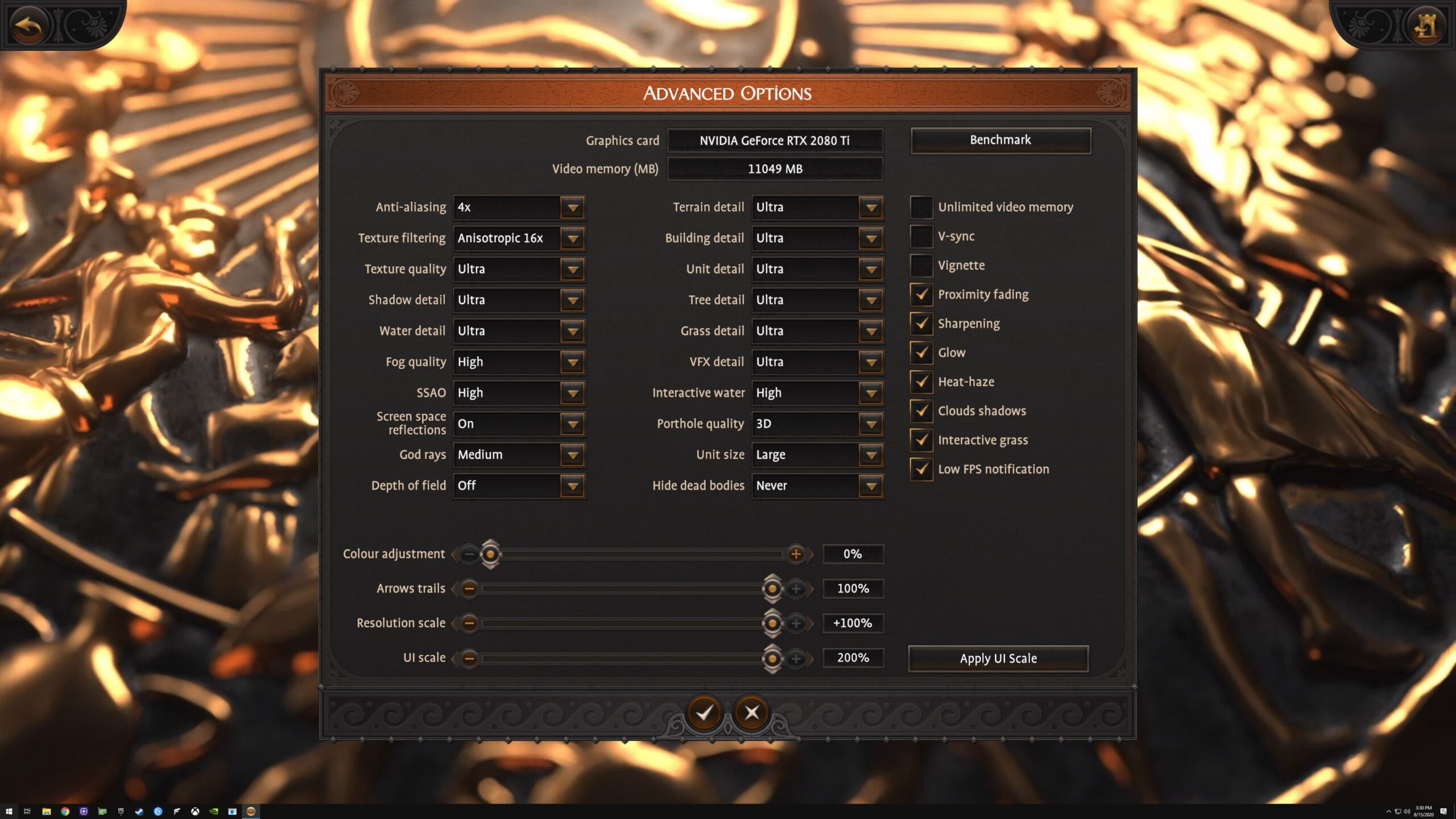 Testing presets at 4K gives us a couple of quick metrics before diving into the game too deeply.  First off, it shows us how the game looks at various presets as well as how performance scales with those settings. If there's anything evident here is this game scales in detail like crazy. That's a good thing as you can see the performance scales greatly as well.

Pretty much every graphics card on the market is going to run into a bit of a struggle running this game over 60 FPS at its intended resolution with the Ultra preset option enabled. But, turn it down to High and you're going to practically double your performance and you really aren't going to miss much. Grass detail is really (forgive me here) the Achillies Heel of this game's performance. If you can comfortably turn down that setting I would go as low as you're willing to in order to steal back some precious performance. 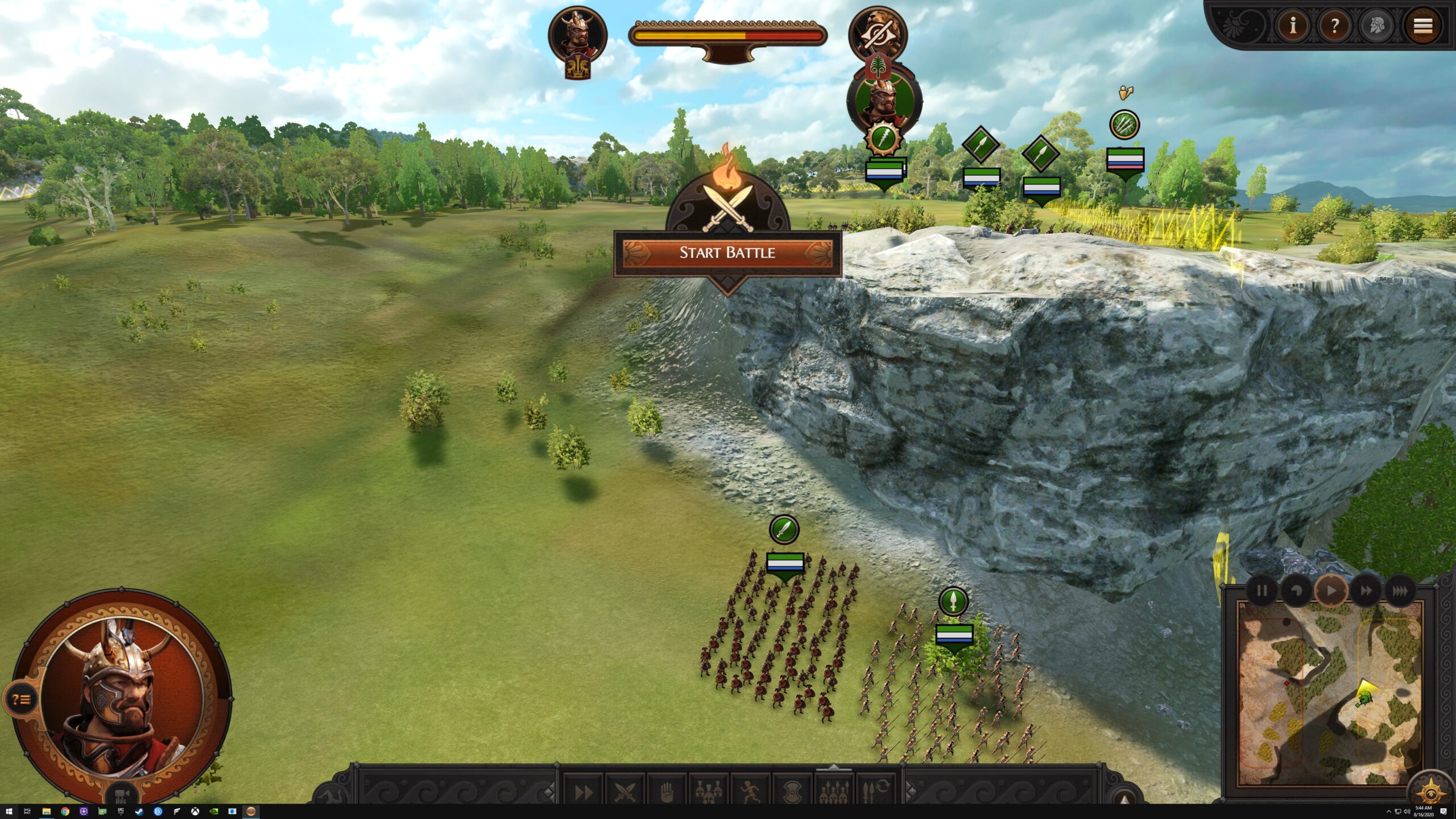 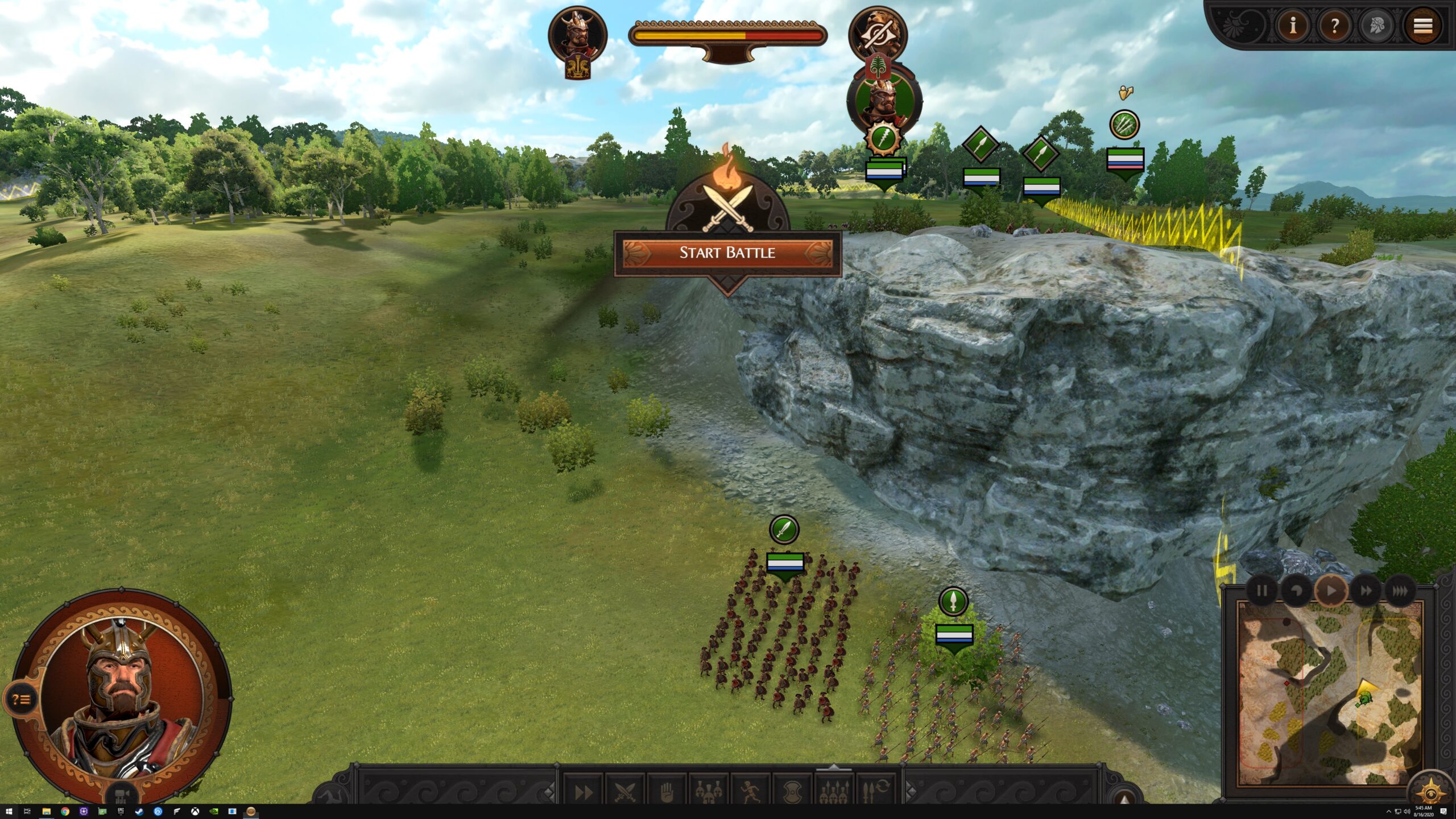 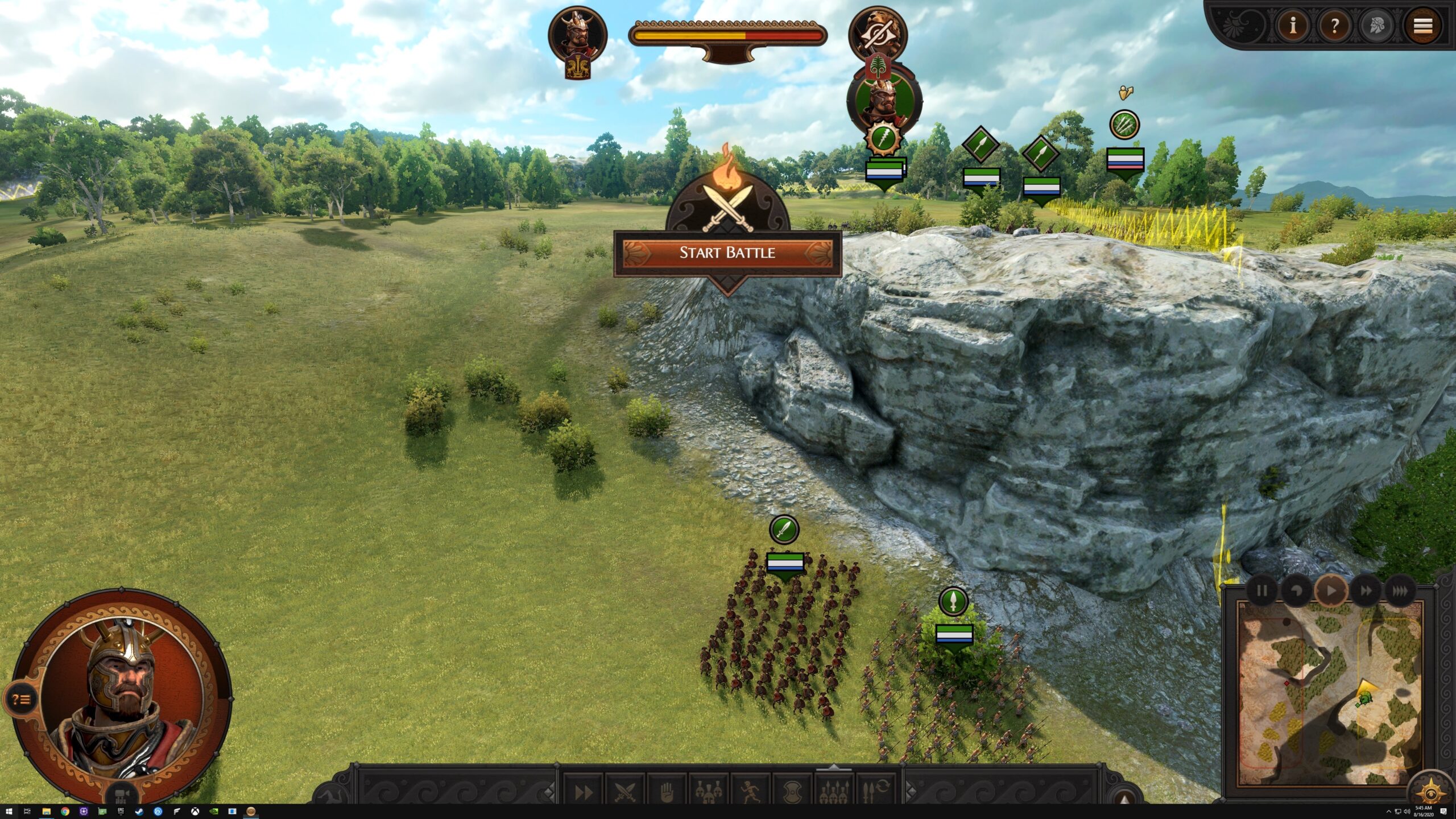 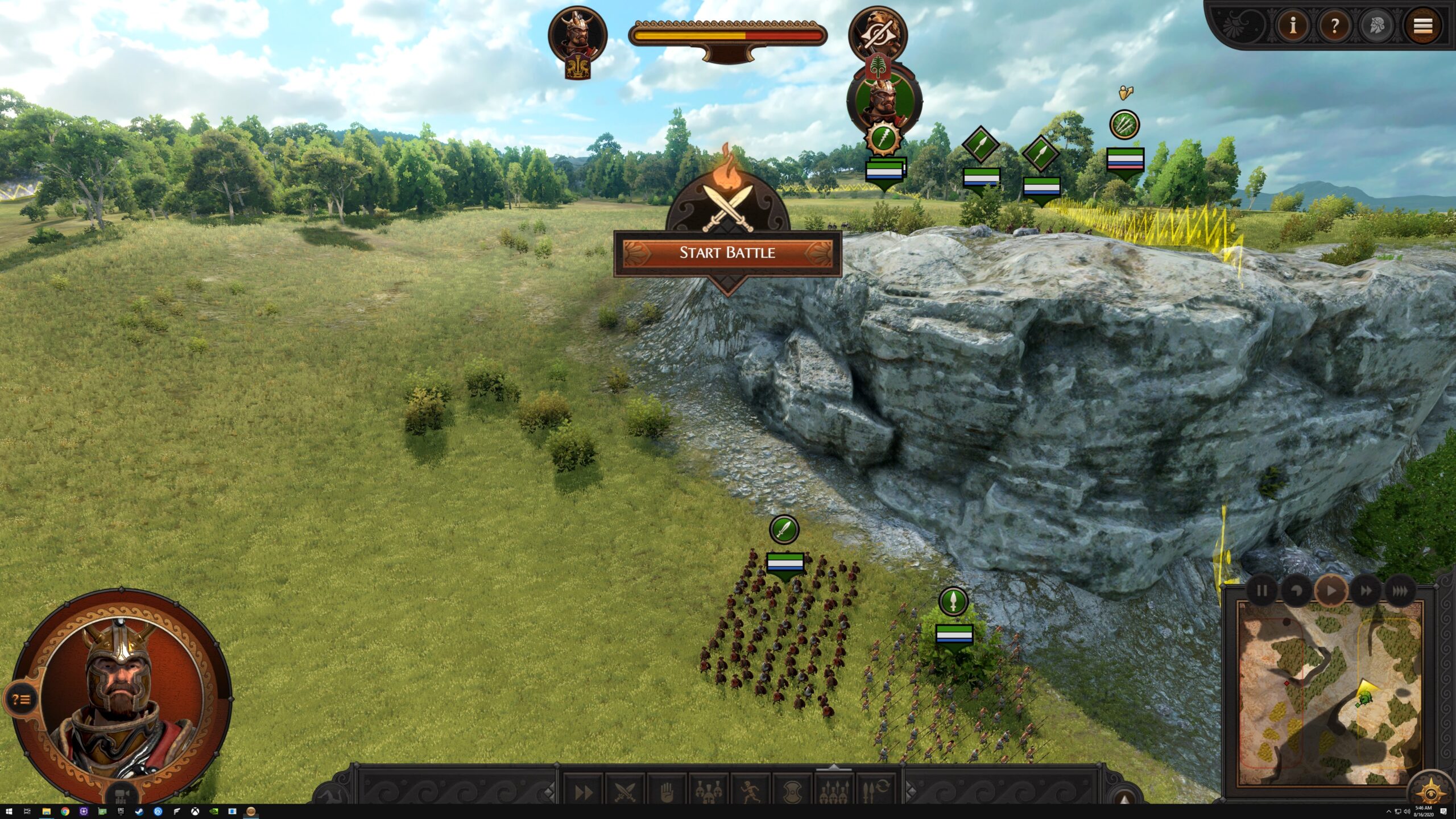 While this test won’t tell just how many cores and threads the game can and will use, it does show how the game performs as you move up in cores and threads available from the Ryzen 5 3600 series to the Ryzen 9 3900 series. These were tested at 1080p Low settings unlike how we tested the rest of the results while pairing the CPU with the RTX 2080 Ti Founders Edition.  Just to reiterate, this is only to show an example of whether there is an inherent benefit of going from the single chiplet 6 core Zen 2 based parts to the dual chiplet 12 core Zen 2 based parts.

From the looks of the results, it seems that Total War Saga: Troy has declared war on hardware. But seriously, the performance of this one quite solid. Just don't expect the Ultra settings to be a cakewalk and quite frankly it doesn't do a whole lot here to justify going to that setting unless you're a graphics snob and you're overpowering your panel anyway.

The performance was just as expected across the graphics cards since the engine is older and stable there wasn't much reason for the GPU vendors to be concerned with a day one driver. Unlike recent launches, there were no weird anomalies that are going to require deeper investigation of the who, what, when, where, and how. To be quite honest this one was kind of boring to dig through outside of the crushing weight of Ultra.

The biggest drawback of the engine still being on DirectX 11 is that multithreading performance just isn't what it could be. You see in performance spread between the 6 Core Zen 2 parts are just a hair behind the 12 Core Zen 2 parts to the point where it's almost within the margin of error for performance readings. Perhaps in the future, we'll drop on down to the 720p region to see if that makes a difference but will still include 1080p to show the delta if it exists or not.

If you've kept up with, or played, Total War: Three Kingdoms you already know what to expect on the performance front. If you got the game for free I have a hard time imagining that you're running into any problems running the game at decent framerates across most any modern hardware solution, even integrated at the lowest settings and modest resolution. But, if you held off and are now going to have to buy the game, at least you know it'll run well.