Last year, before entering the next generation of gaming, Microsoft launched a program at Gamescom 2013 known as ID@Xbox, a game development platform that supports Indie Developers for Xbox One. Microsoft has not spoken much about the program since its announcement but it looks like the manufacturer was getting ready in silence. The platform holder recently shed some light on Xbox One Indie video game development support at its E3 2014 press conference. 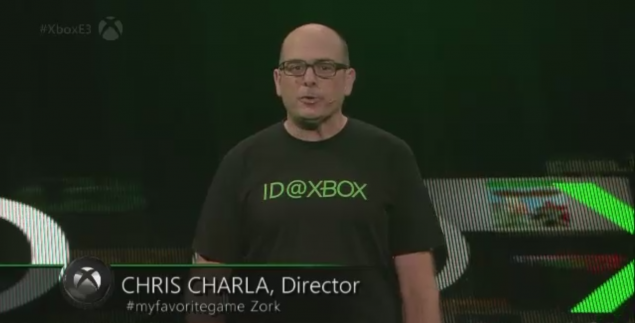 With the start of new generation in gaming industry, new doors are opened for independent developers and now the opportunities for becoming a developer are more bigger than ever. Both the latest platform holders are putting much effort into supporting Indie video game development for their consoles. While Sony has its own programs, Microsoft has established a dedicated video game development platform, known as ID@Xbox, to help Xbox One Indie developers and promote indie games for the console.

ID@Xbox is one of the topics that Microsoft does not talk about much, but at its recent E3 2014 press conference, the manufacturer decided to remind its fans by telling them how it is working to promote Xbox One indie video game development. Chris Charla, the Director of IS@Xbox, took the stage to provide some details about the program and how it is aimed for promoting the Xbox One indie developers. He said:

Through the ID@Xbox, we are supporiting the developers with free development kits, free middleware options and on-going support that enables developers to self publish on the Xbox One by using the full power and unique features of Xbox from Live to kinect to smart-glass to impulse triggers and of course, support for 8 players on a single Xbox."

Chris explained how he was “thrilled” by seeing many new Xbox One exclusive indie games which feature “innovative multilayer features." According to him Microsoft is helping all its Indie developers in putting Xbox One's full potential to work. Much more can be expected from ID@Xbox in coming years.