Electronic Entertainment Expo 2014 is getting closer and with every passing day, anticipation is building up through the gaming community. Several video game publishers and manufacturers have dated their E3 media briefings although it is still unclear what surprises will we get early next month. While officials have nothing to say until the upcoming show, leaks can help a lot in this situation. 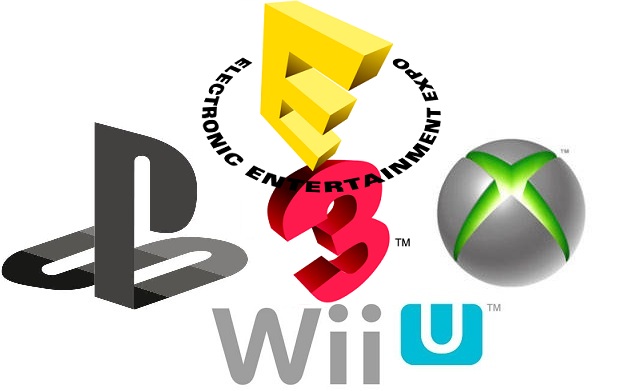 This month, leaks have taken over the front page of various video game websites. We recently shared some leaks that brought forward inside details concerning the E3 2014 press conferences of Sony and Microsoft. These leaks, keeping the long running rumors in mind, seemed somewhat closer to the reality, however, their legitimacy can only corroborated when both the companies take floor at E3 2014 to make their announcements.

We are almost half way across this month and we already have seen a lot of fans jumping on their chairs on the sight of the leaked details regarding their favorite video game vendor's upcoming highly anticipated game-related announcements. Hopefully we will cling to stumble across more leaks and rumors, some of which might even be very appropriate.

Yesterday, a guy over at ZI forums known as I AM ERROR posted an allegedly leaked screenshot of a schedule paper listing the show floor details of Sony, Microsoft and Nintendo's E3 2014 press conferences. The leaked document apparently contains a list of all media content and video game demos that the top three manufacturers/publishers are planning to show at their E3 press conferences.

The leaked screenshot of the document contain show floor appearances from Sony, Microsoft and Nintendo but the press conference details are only for Sony and Microsoft, as for Nintendo, the document lists no details. The list includes names of already announced highly anticipated multiplatform and exclusive next-gen video game titles as well as never-before-seen names of video games.

Below is the leaked screenshot of the schedule paper followed by the full list of games that will allegedly appear at E3 2014. 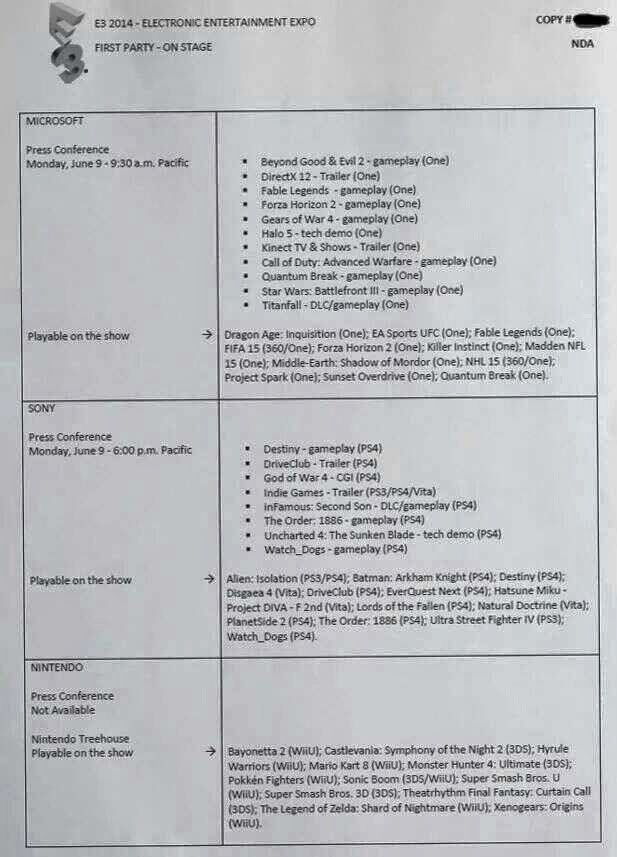