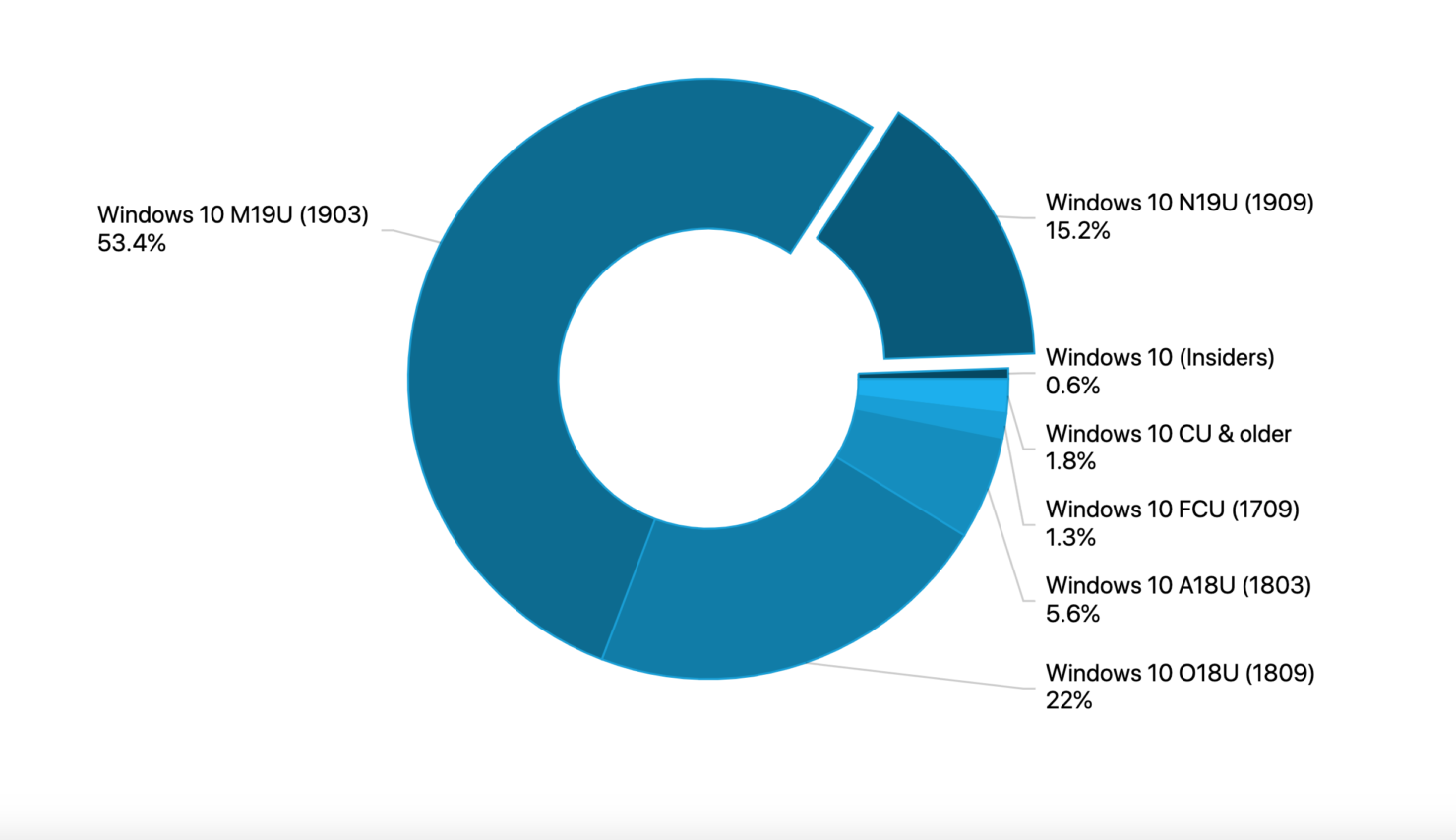 Data from AdDuplex is out for the month of January sharing details of the market share of different Windows 10 versions. While everyone is interested to know how good version 1909 is doing, it's the May 2019 Update that's topping the charts, running on over half of all the Windows 10 devices.

The May 2019 Update, as we reported at the time, was mostly free of any major bugs after the release of quite a damning October 2018 Update. However, things got better with the release of the November 2019 Update, which focused entirely on bug fixing and performance improvements and turned out to be the first ever service pack-like update delivered to Windows 10.

Version 1909 is expected to gain more user share now since the company only recently opened the floodgates on this latest version of the operating system.

Here is the market share of all the Windows 10 versions:

The April 2018 Update has lost significantly going from 13.6% in October to 5.6% in January. This was the fastest growing version of the operating system and Microsoft hasn't really managed to gain back user trust since then. It's hoping things change with the release of version 1909.

- Relevant: how to install November 2019 Update, the most stable version of the OS