Microsoft Updates Its Sneaky Windows 10 Popup – But, It’s No U-turn 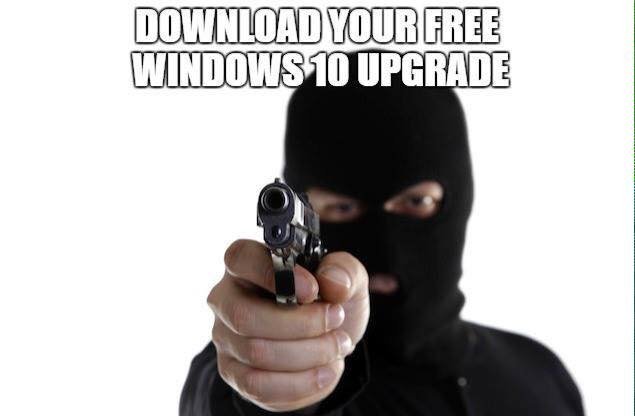 Microsoft is in with a few too many surprises for its users this May. First, it made it easier for users to clean install Windows 7 and 8.1 (essentially making it easier to downgrade from its beloved Windows 10), and now the company has actually listened to the negative feedback. We reported earlier this week that Microsoft, keeping up with its love for malware marketing tactics, is using another dirty trick, deceiving Windows 7 and 8.1 users into downloading Windows 10. Redmond has apparently taken a what is being called a U-turn and is making it a little easier for users to know when they are about to upgrade to Windows 10 unwittingly.

Several reports appeared this week confirming that Microsoft has changed the behavior of its Get Windows 10 app on Windows 7 and Windows 8.1. The company essentially turned the X (close button) into a confirmation action.

For over several months now, users got into the habit of hitting the X whenever the Windows 10 upgrade pop-up appeared. Microsoft asked to either “Upgrade now” or “Start download, upgrade later,” and users chose to never respond to these incessant demands, and kept hitting the X.

In a super sneaky way, Microsoft has redesigned this pop-up which alters the way users have previously interacted with it. Now, when you click to close the pop-up, it means that you AGREE to installing Windows 10 on your system. The upgrade process starts immediately, leaving users wonder whatever the heck they did wrong.

Of course, the change wasn't welcomed by anyone because it turned Windows 10 upgrade process into how malware installations work. Imagine your surprise when the one action you used to think could rid you of Windows 10 upgrade, actually starts the process for you.

In a rather surprising move, the company is again updating the process. "Microsoft has u-turned over changes it made to a pop-up encouraging users to upgrade to Windows 10," BBC reported earlier today, "based on 'customer feedback,' Microsoft said it would add another notification that provided customers with 'an additional opportunity for cancelling the upgrade'."

Now, when you click the X button (still confirming the upgrade process), you will see "another notification that confirms the time of the scheduled upgrade and provides the customer an additional opportunity for cancelling or rescheduling the upgrade," Microsoft has said.

If the customer wishes to continue with their upgrade at the designated time, they can click 'OK' or close the notifications with no further action needed.

Brad Chacos, one of the victims of this dirty Windows 10 upgrade trick, isn't happy with the addition of a new pop-up, and wants the company to "add a large, obvious 'No, I don't want this' button." A U-turn or a large, obvious 'I HATE YOUR NEW WINDOWS' button is expecting a little too much from Microsoft. While Chacos may not be happy with this new notification, we believe many would appreciate this additional alert.

In the past one year of Windows 10 launch, we have seen a number of different marketing strategies that were nothing less of borderline malware. From automatically downloading Windows 10 for users to disrupting live telecasts, and now swapping STOP with START actions, Microsoft is responsible for trying some real sneaky tricks. The latest decision to introduce an additional pop-up shows that the company is listening to its users - if not always.