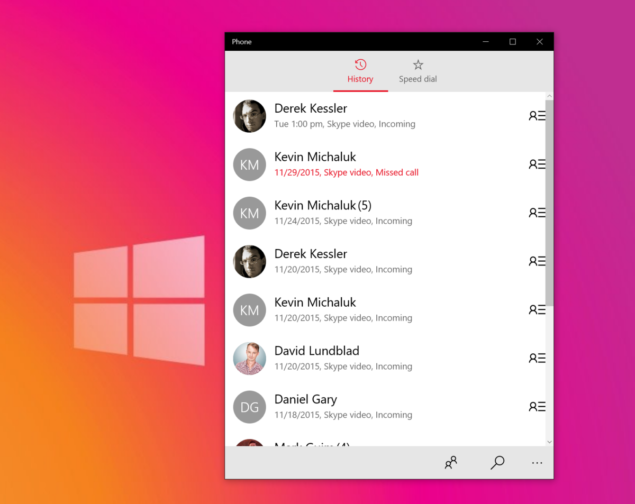 Universal Phone app for Windows 10 gets an update:

The new update brings back the Call Duration feature to the Phone app. Long press on a call in the history and you will see the Call Duration under Details. Users have also reported that when dialing voicemail from a dual-SIM phone, the Phone app no longer asks you to choose which SIM to make the call from. As usual, there is no changelog to confirm what new features or enhancements have been included in the new update.

Microsoft's universal Phone app for Windows 10 desktop and Mobile enables you to:

Except for the Call Duration, there don't seem to be any other major changes in the new update released for the Phone app. There are no design changes made to the app either. Let us know if you discovered something new in the updated Windows 10 Phone app.

- How to Remove Default Apps in Win 10