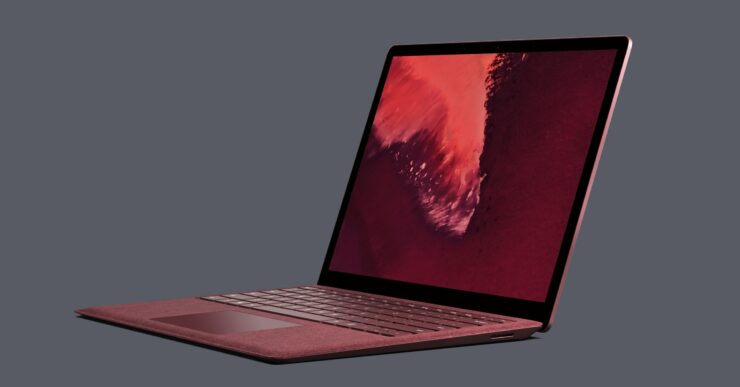 With only two days remaining for Microsoft’s October 2 event, we’re bound to see a fair share of hardware that will cater to a wide-range of users. However, before the event kicks off, an image gallery showing the company’s products has surfaced. The company has used a unique tagline to highlight the capabilities of its machines, and it looks like there might also be the option of being able to connect via LTE using those future Microsoft Surface devices.

‘Anything but Ordinary’ Image Gallery Shows a Notebook, and a Tablet; The Latter May Be Offered in Two Variants During Official Announcement

The Microsoft Surface device image gallery was shown by Twitter user ‘Walking Cat’, and Microsoft has highlighted the tagline in all images stating that its products are ‘Anything but ordinary’. This may imply that not only are these machines capable of holding their own in compute performance, but they might also deliver a sturdier build, incredible battery life, and a highly portable form factor. Since Microsoft Surface devices have been around for a long time, we expect the technology giant to deliver on all three categories, and if it’s not too much to ask, perhaps it could tone down its asking price along the way.

One key detail that caught our eye while browsing the image gallery has been highlighted in the text below:

Believe it or not, we covered a report earlier stating that a device named Surface 7 would be a cheaper alternative to the Surface Pro 7 and could possibly feature Qualcomm’s Snapdragon 8cx. According to previously leaked benchmarking results, the silicon might not be as fast as Intel’s i5-8250u, but we believe it will get the job done and still provide impressive battery life. Another image shows what could be the Surface Laptop 3. From what we can tell from the image, it has a slimmer base, meaning that Microsoft could gravitate to the USB-C interface. Maybe Thunderbolt 3 support will be on the cards as well.

There are also rumors of a swappable SSD option too, but it’s unconfirmed if it will be available for the Surface Laptop 3 or the Surface Pro 7. What we do know is that Microsoft’s event is just two days away and maybe, just maybe, we might get a teaser of the dual-screen PC the company has been rumored to be working on for quite some time now.

New Firmware Updates Are Out for Surface Pro 7