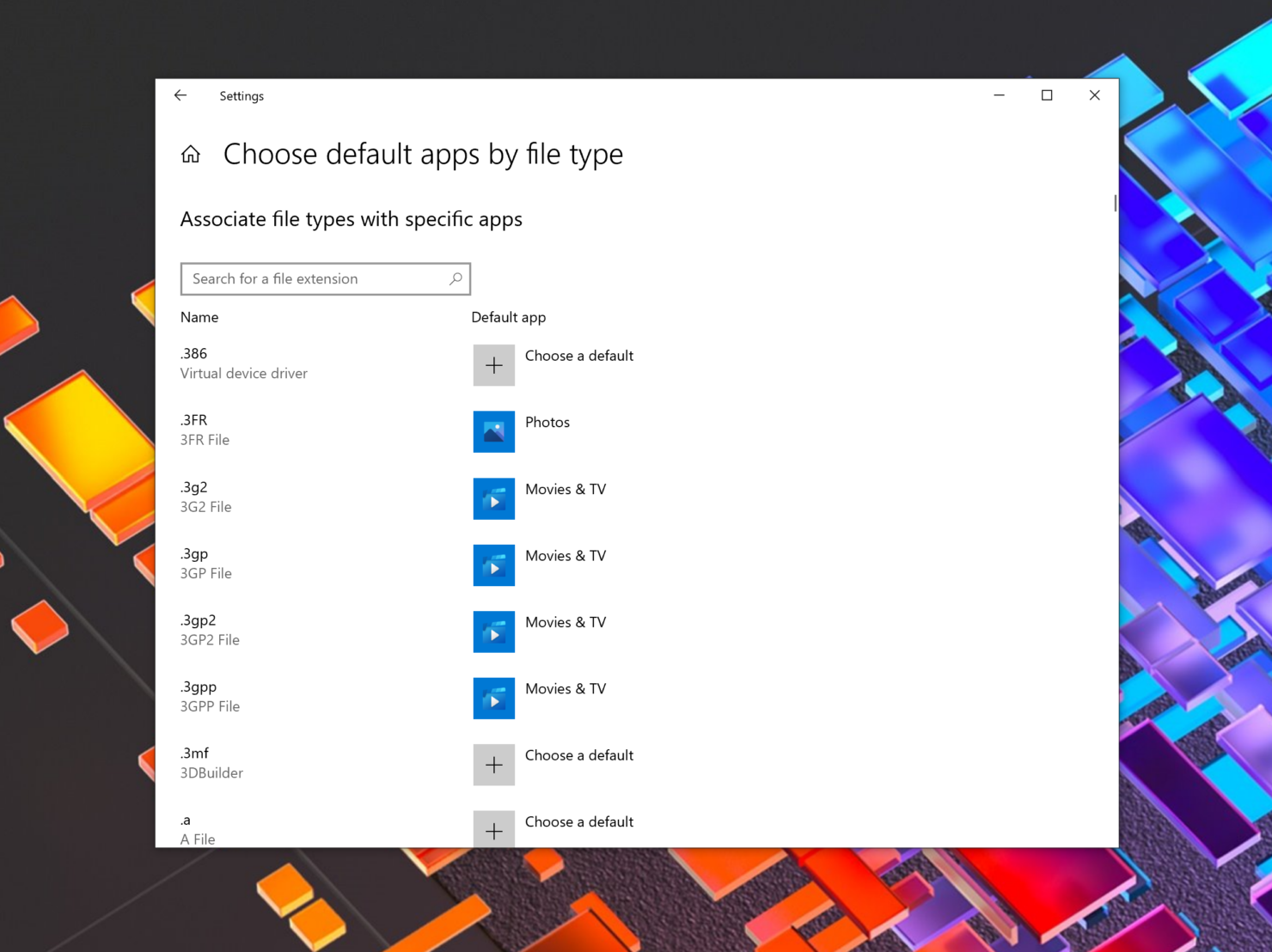 After having finalized the upcoming Windows 10 20H2, Microsoft is currently testing new features and improvements that would probably be released next year. Insiders in the Dev Channel continue to receive a new Preview Build every week bringing small improvements and changes to the operating system.

Last night's Build 20211 brought only two such improvements, one of which intends to fix a Windows 10 Settings headache faced by most: ability to easily choose default apps. Currently, the selection menu is kind of confusing with long list of filetypes and apps that could support them.

Microsoft is now testing the feature to search the lists of file types, protocols, and apps when setting a default. The feature is only available to Insiders in the Dev Channel right now.

This feature was initially introduced with Windows 10 Insider Preview Build 19608 that was released back in April to those in the Fast Ring. Microsoft has since then given its Insider program a makeover turning Fast Ring into the Dev Channel. In the early build notes, the company had written:

Over the years, we’ve made a number of improvements to Settings based on your feedback, and we’re happy to share the next one is starting to roll out. We’re adding the ability to search the lists of file types, protocols, and apps when setting a default.

In the beginning, this Windows 10 Settings feature improvement was only released to 50% of Insiders in the Fast ring since the company likes to track performance and issues through subsets of Insiders. The Search feature is now rolling out to all the Insiders, which means the testing is going well.

Once it becomes part of the operating system, the ability to search the lists when setting a default would definitely make the process a bit more seamless.

- Relevant: How to Move Multiple Tabs to a New Window – Chrome Tips