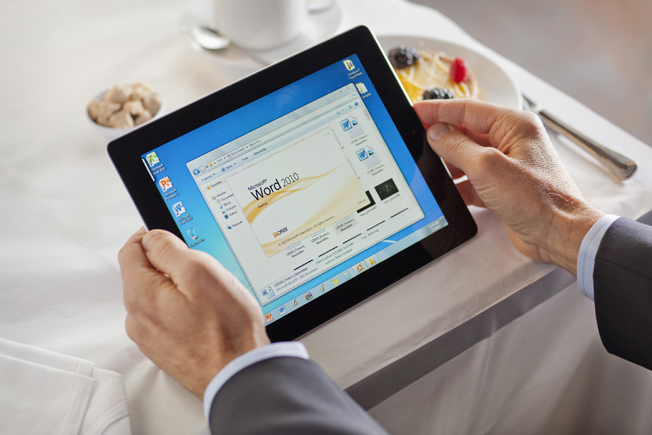 Its a case of better late than never for Microsoft. According to a trusted tipster of the blog BGR, Microsoft have inevitably decided to release their productivity suit i.e the Microsoft Office to the tablet and smartphone domain. The release date is scheduled to be somewhere in November this year, which coincides with the launch of Windows 8. Another reason coming up for the late release is that Microsoft would not want to undercut Windows tablets before they are made available in the market, so holding off on a release until the fall is a good strategic call.  The launch is planned to occur simultaneously for both iOS as well as Android although Android releases are nearly always a significant period of time behind that of iOS.

Leaked images of Microsoft Office running on an iPad surfaced a few months back but Microsoft were very quick to deny their authenticity however there has been no denial this time around. Office has been a major source of revenue for Microsoft for quiet sometime and It is quiet difficult to understand why it took Microsoft this long to launch this product of theirs on mobile platforms. If the mobile app is half as useful as its desktop counterpart and is reasonably priced, rest assured it will generate a lot of sales for Microsoft.

There are many apps available on both Android and iOS which provide the similar functionality of that of Microsoft Office and many have been quite successful in generating enough sales, one must admit. In case of iOS, Apple's very own iWork suit tops at the iOS App Store charts.

The BGR tipster is said to have seen Office running on an iPad himself and indicates that the productivity suit could be launched on iPhone and iPod touch as well because the loading screen stated "Office for iOS," as opposed to simply for iPad.

The interface is expected to be as user friendly as the PC version and this could make Microsoft to charge a ludicrous price for it. All we can do is hope that Office for tablets turns out to be a supreme productivity suit and that too at an affordable price.

How to Create 3D Maps in Microsoft Excel