According to latest industry updates, Microsoft is reportedly replacing Nvidia's Tegra chips with Qualcomm processors for its smaller version of Surface tablets. This will be the first time for tech giant to ditch Tegra as the processor powered the previous versions of Surface tablets. 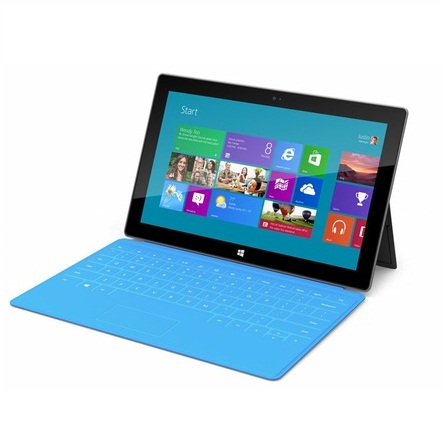 World's largest software maker Microsoft will unveil its new Qualcomm processors powered Surface tablet models at an event on 20th this May, along with other models featuring Intel chips, reports Bloomberg. The smaller version of Microsoft Surface was long expected and has been highly rumored for quite some time now.

Qualcomm has been getting some increased market share in mobiles after its Snapdragon processors went popular among the flagship smartphones manufactured by major tech corporations like Samsung. While Qualcomm hasn't been successful in creating that kind of space in tablet market, this deal can prove to be a step in right direction for the chip maker.

Bloomberg sources its information of this end of a long relationship between Microsoft and Nvidia to people with knowledge of the companies' plans. This may potentially prove to be a huge setback for chip maker Nvidia which has been trying to make its mark in phone and tablet market with its Tegra mobile chips.

Bloomberg's Microsoft Nvidia report indicates that the 20th May event is under the wraps and plans aren't public; the company is reportedly set to launch the new Surface tablet models to get some tablet market share from Apple and Google. The upcoming Microsoft Surface tablet is rumored to be a smaller 7.5-inch tablet to compete with Apple's iPad Mini (7.9-inch) and Google' Nexus 7 (7-inch).

The King of Fighters XV Gets Crossplay in 2023, Samurai Shodown Getting Rollback Netcode