Apple is starting its new iPad Air sales from November 1st; with Surface 2's launch, the comparison between two tablets has already begun. How these two stack up against each other will decide the winner during the holiday shopping season. Microsoft's Surface 2 is considered as a competitor for Apple's full-sized tablet, now named iPad Air, for both these tablets try to pose as a tablet and PC hybrid.

Air is lighter than the Surface 2 with Surface weighing in some 1.49 pounds against iPad Air's meager 1lb. However, the weight difference comes down to the display size. iPad Air features a 9.7 inch Retina against Surface 2's rather wider 10.6 inch HD display. But the bigger display doesn't necessarily translate into a better display. iPad's Retina has been the best of the displays since its launch; iPad Air is no different! Against Air's 2048 x 1536, Surface 2's 1920 x 1080 looks like a shame.

For the casing, as always iPad is more elegant with tapered edges, whereas Surface 2 has the same boxy look of the Surface RT. Moreover, Surface 2 will also offer full-size USB 3.0 port which will help tablet users effortlessly connect with camera, printer, and other gadgets.

MS Surface 2 seems to have more processing muscle when compared with iPad Air's. Though two cores of Apple A7 won't work any slower, the quad-core NVIDIA Tegra 4 might force users notice some difference in the processing power.

Cost creates major shuffles for one to decide which way to go. While Apple is starting iPad Air with just 16GB of storage at $499 and $629 for LTE compatibility with 16GB; Microsoft is pushing Surface 2 with the minimum available 32GB of storage at just $449. 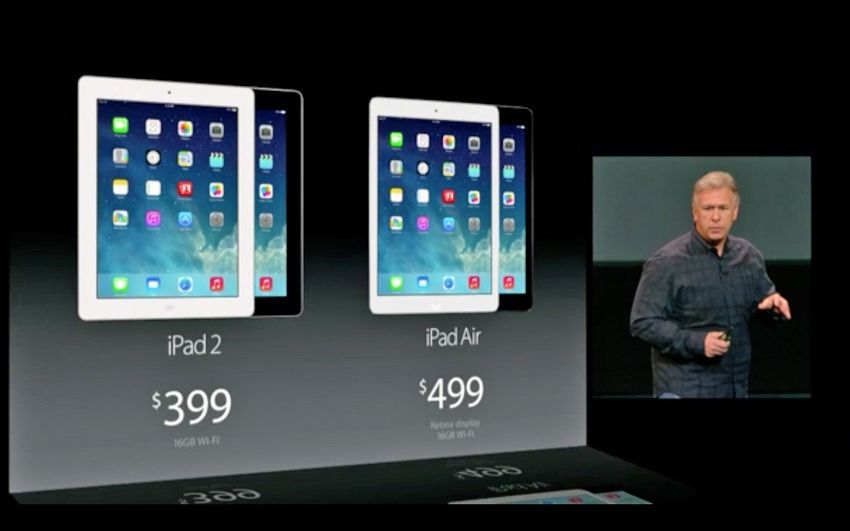 When you do an iPad Air vs Surface 2 comparison, it is important to weigh down your own preferences. Would you go for a little bulkiness for some extra screen real estate? Or you are happier with easy-to-hold, compact tablets. While iPad Air bribes its buyers with free iWork and iLife applications - $40 of free software, Surface 2 offers loads more than that with Office, Student RT, 200GB of SkyDrive storage, one year of free landline from Skype and not to forget a great on board storage capacity - all worth $300!