Microsoft is reportedly planning to delay some of the earlier planned Windows 10 Redstone features. Due in a few months, the company was expected to release two major updates, codenamed Redstone, bringing some new features to the OS. However, if a latest report is to be believed, the company is trimming some Windows 10 Redstone features to focus on the underlying structure of the operating system. 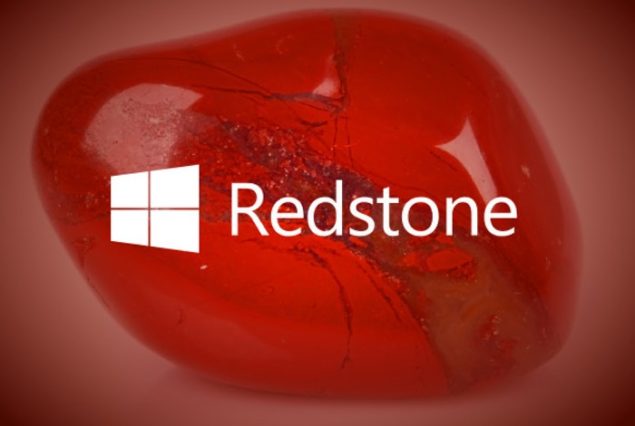 Released last year, Windows 10 is to receive some major updates later this year. The Windows 10 Redstone is believed to bring some highly anticipated features like extensions for Edge, system-wide Cortana presence, Action Center widgets, and more. However, a new report reveals that Microsoft may not release some of these features as it focuses on improving the operating system with the upcoming update, before introducing new features. The delay in the release of some features has been reported by Brad Sams;

The [Redstone] update, which will be larger than the one delivered in November of 2015 for Windows 10, has had some re-prioritization done recently that will impact features that were initially scoped.

Multiple sources inside the company have said that some of the features for Redstone have been trimmed back because of the time dedicated to fixing the internal systems but that does not mean they are being scrapped. It’s the reality that development takes time and with multiple weeks allocated to OneCore and other internal systems (this is why there are no new features in the new builds of Windows 10 that have been released) this means to meet their deadline of the first half of 2016, feature priority must be adjusted.

As noted in the above excerpt, the delay doesn't mean that the features are being scrapped, but just that the company will release some of the new features a little later than earlier planned. After releasing Windows 10 preview build 11099 last week, Gabe Aul did write about the OneCore optimizations that were part of the update. OneCore is the code shared by all Windows 10 versions, making it an underlying structure of the operating system.

Users are bound to feel a tad upset hearing about the release delay of some of the most anticipated features. However, it is important for any company to prioritize a new operating system's infrastructure and stability before focusing on new features. While Windows 10 has been adopted at a super fast rate, several users are experiencing bugs and system crashes. Being compared to the stability of Windows 7, it seems like a good decision coming from Microsoft to delay some of the features for the sake of getting more system stability.