Earlier this week, 4A Games and Deep Silver launched Metro Redux, a next-gen package that adds the remastered versions of two previously released most critically acclaimed post-apocalyptic-themed first-person shooter survival horror video games to the library of the latest triple A video games, for PC and the latest consoles. Both Metro 2033 and Metro: Last Light looks amazing with improved visuals on all next-gen platforms, however, the Metro: Last Light Redux 1080p video comparison shared below shows that while the game looks slightly better on the Sony's console compared to Microsoft's, PC takes the lead with incredible Depth of Field and Anti-Aliasing. 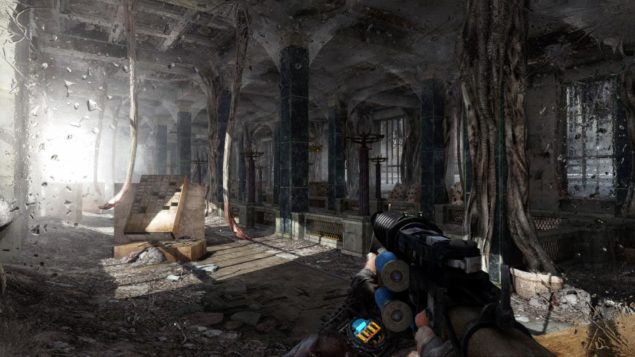 Portraying an ugly image of a terrible post-apocalyptic future, Metro 2033 and Metro: Last Light are two last-gen games that captivated a lot of audience when they were originally released in back in 2010 and 2013 respectively. Focusing on compelling storytelling and world-building through bold activity arrangements and stylishly sketched scenes showing life in disused Russian tube station, Metro games prove that 4G Games is not only a talented video game developer, but that they also rank among the most technically skilled game designers in Europe.

Following the trend of remakes, 4A Games also remastered Metro 2033 and Metro: Last Light by carefully refining and graphically enhancing them while preserving the best aspects of the original versions, and then launched them on PC and the latest consoles in form of Metro Redux. Both the games look amazing with boosted visuals, but while PC takes the lead, the remastered version of Metro: Last Light looks a bit more awesome on the PlayStation 4 compared to the Xbox One.

Metro: Last Light Redux 1080p video comparison between PC, PlayStation 4 and Xbox One versions of the game shared below shows that PC version takes the lead in overall visuals and textures. The amount of detail exhibited in the in-game objects is stunning, and the anti-aliasing and lighting is all in place. Metro: Last Light Redux looks amazing on consoles as well, however, while running on the PlayStation 4 console, the game displays better depth of field and shadow effects compared to the Xbox One version, other than that and some other minor details, the game performs equally well on both the latest consoles.

You can check out the differences between PC, PlayStation 4 and Xbox One versions of Metro: Last Light Redux in the 1080p video comparison shared below, courtesy of GamingBolt.