This is probably the best news for PC gamers coming from this year's Gamescom. Both episodes of a well-known and remarkable open world action-adventure third-person shooter stealth video game title called Metal Gear Solid V are coming to PC via Steam. Previously confirmed only for last-gen and latest video game consoles, Metal Gear Solid V: Ground Zeroes and The Phantom Pain have now been officially announced for PC platform by the creator, Hideo Kojima. 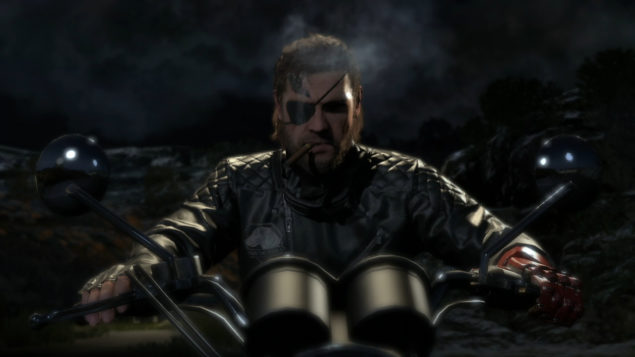 Kojima Confirms Metal Gear Solid V: Ground Zeroes and The Phantom Pain for PC - Will be Available via Steam

It looks like the famed Konami game creator Hideo Kojima has set a goal to break new news on every single day of this year's Gamescom gaming convention. Following recent revelation that the Japanese game creator is working on a next-gen installment in the Silent Hill series, it has now been announced that both Ground Zeroes, which is the most critically acclaimed first episode of Metal Gear Solid V, as well as The Phantom Pain, which is the highly anticipated second episode of Metal Gear Solid V, are coming to Windows PC via Steam.

The news was leaked a bit early through a listing on Konami Europe's website, and it was officially confirmed later by MGS director Hideo Kojima during a live gameplay presentation that the introductory Ground Zeroes, and the more substantial The Phantom Pain episodes of Metal Gear Solid V will hit PC via Steam. However, the release date for both episodes of the game for PC was not mentioned.

Metal Gear Solid V is the first game to run on Konami's brand new Fox Engine. Ground Zeroes, the first episode, was released on PlayStation 4, PlayStation 3, Xbox One and Xbox 360 back in March, and The Phantom Pain is set to release on the aforementioned consoles in fourth quarter of this year. PC modding community will now get a chance to enhance and play with the landscapes of Kojima's futuristic Afghanistan once both the episodes hit the most powerful gaming platform.

Back in March while talking to Gamespot, Kojima mentioned that he was interested in getting back into developing games for PC. "PC, that's my original background. I originally created PC games," Kojima said at the time. "A long time ago I didn't want to rely on platforms to release games, so if people want it, I cannot make a formal announcement, but that is definitely something that I would like to do."

Both the Metal Gear Solid V: Ground Zeroes and The Phantom Pain have been listed on Steam for PC. More news on the game might come soon so stick around and wait for it. Check out the live announcement below.