Sony's Gamescom 2014 PlayStation Press Conference was clearly not something that everyone expected, besides most indie stuff and small announcements, there was nothing much that could make the audience flip over, but there is one thing that left everyone wondering. Sony took the warps off what looked like a brand new interactive horror IP exclusively for PlayStation 4 called P.T., from 7780s Studio. Now, it has turned out that P.T. is just an upcoming next-gen Silent Hill game that is being developed by Hideo Kojima and Guillermo del Toro. 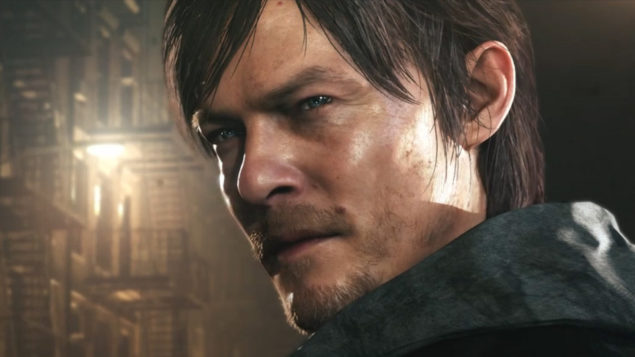 Among the games that Sony announced at its Gamescom 2014 PlayStation Press Conference, there was something really confusing called P.T., which was said to be a new interactive horror game from 7780s Studio for the latest PlayStation 4 console. Other than a teaser and that the game's demo will be available on the PSN store, we were provided with absolutely no other information about the title. The demo is now available on the PSN store, and it warns players: "Avoid playing if you have a heart condition."

After checking out the demo and taking a closer look at the teaser, it has now been found that P.T. is actually nothing but a new Silent Hill game. That PlayStation 4 "interactive teaser" shown during the conference was actually a stealthy way to announce the game. If you have checked out the P.T. demo, you must have seen a character walking through a quite, misty street in the end. Just when the character turns around to end the demo, it is revealed that he is played by The Walking Dead's Norman Reedus. The names Hideo Kojima and Guillermo del Toro alaos appear on the screen.

Sony has announced that "P.T." stands as a playable interactive teaser for PlayStation 4, which means that demo itself is just a teaser. The developer of the game was mentioned as 7780s Studio, which is yet an unknown game developer.

SoapyWarpig livestreamed the P.T. demo, and it was revealed that the game is most certainly called Silent Hills. Kojima has also been teasing a new Silent Hill game for months now. If you missed the P.T demo, you can check it out in the Twitch video below. Skip to 1:16:00 is you want to see the ending.