Metal Gear Solid V: The Phantom Pain is an upcoming Hideo Kojima Productions open world action/ adventure game. This is the sequel to Metal Gear Solid V: Ground Zeroes and is still under development for the Windows PC, PS3, PS4, Xbox 360 and the Xbox One. With such a huge history behind it, Metal Gear Solid is one of the heavyweights of the gaming industry and makes its way easily into the Top 10 most anticipated games of 2015. The initial release date which has been set for the game is the 1st of September, 2015. 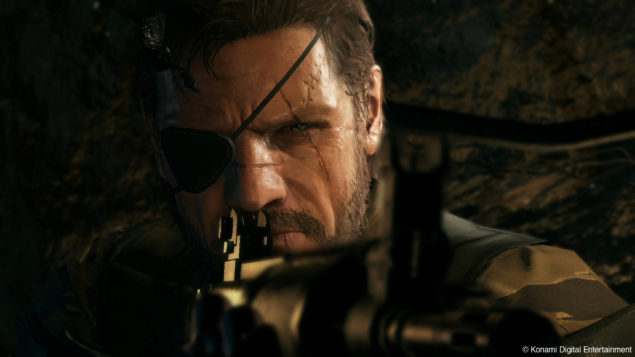 Coming back to the topic, Metal Gear Solid V: The Phantom Pain has been rated by the australian rating board. The Multi-Platform game was given a "Restricted 18+" rating specifying that the rating was due to Mild impact of nudity, Moderate impact of Language and Sex and a High Impact of suggestive themes and violence. You can check out a screenshot of the rating below.

Rating Summary: This is an action game in which players assume the role of an elite soldier through military missions in Cuba. Players infiltrate various bases and use pistols, machine guns, and rocket launchers to kill enemy soldiers. Firefights are highlighted by realistic gunfire, slow-motion effects, and large blood-splatter effects. Players can also employ stealth attacks (e.g., choking, knife stabbing from behind) and have the ability to kill non-adversary characters/prisoners. One cutscene includes a depiction of blood and gore (e.g., a character's intestines exposed during a dramatic procedure to remove an object). The game includes an audio file in which a female character is sexually assaulted by male characters; while there is no visual depiction, sounds of ripped clothing and struggle can be heard. The words “f**k” and “sh*t” are heard in the dialogue.

That is all the news we have for our readers for now. Stay tuned for further news on Metal Gear Solid V: The Phantom Pain. Until then, do share your views with us in the comments section about your expectations from the game.