Konami’s one of those rare publishers who in recent years has put somewhat of a target on their back within the gaming industry. With their focus shifting away from traditional console gaming (with the exception of their storied soccer series), fans were left wondering what would happen to Konami’s list of IPs. A new Bomberman arrived in time for the launch of the Nintendo Switch, but what of the series like Castlevania and Metal Gear? The latter came out with a surprise announcement for a co-operative “zombie” survival built up from the framework left behind after Metal Gear Solid V: The Phantom Pain. Without the likes of Yoko Shinkawa and Hideo Kojima at the helm, can Metal Gear Survive still fill us with that nostalgic feeling when we were first introduced to nanomachines and memes, the DNA of the soul?

Metal Gear Survive’s first public demo didn’t make the best example of showcasing just what tools the player has at their disposal within the Fox Engine. For much of the campaign even, players have to resort to metal and wooden barricades with only a handful of basic weaponry for defense. However, the deeper the player gets into the campaign, the more Mother Base’s tools become more readily available to combat the denizens of the Dust. While certain KojiPro staffers aren’t involved with the Metal Gear Survive project, the folks that are still at Konami put their heart and soul into a survival game with plenty of twists and tributes to previous Konami titles that are certainly worth exploring.

Seeing the Fox Engine get revitalized for one more action game was something I had high hopes for, even long before the Metal Gear Survive project was talked about in media circles. Between the gunplay and creative uses of gadgets to create an infiltration mission set within the open world was something that other sandbox games couldn’t come close to matching. Survive is still very much a game filled with Tactical Espionage Action, although the sneaking is merely against dumb zombie-like wanderers that would like nothing more than to fill the world with Dread Dust and despair.

Much of the core feedback loop consists of familiar beats for anyone that’s played the likes of Fortnite or H1Z1. Scavenging for supplies is always the first order of business, as everything the player has at their disposal degrades over time or is in such scarce supply that rationing out basic necessities such as food and water is integral to surviving in Dite. Goods like wood and iron are plentiful within the wastes, but more specialized items such as Lead and Gunpowder typically show up in specific locations. These materials can often be found near wormhole transportation systems, Metal Gear Survive’s form of fast travel, and respawn after so many in-game days, so it’s good to make a habit of making the rounds around Dite to restock on essentials.

The early hours of Metal Gear Survive are incredibly slow to get through compared to the rest of the campaign (and beyond) which may sour some gamers’ initial expectations. It’s hours before you can craft your first gun, instead relying upon makeshift spears and machetes. On top of this, the player always has to contend with an ever-draining hunger and thirst system that ties directly into maximum health and stamina. Without keeping your captain fully stocked on potatoes and gerbils, there’s going to be a majority of the time when you’re not operating at 100% efficiency and may only have a fraction of your life bar to work with, where even standard Wanderer enemies can knock you down in just a few hits. Most story missions involve some form of wave defense, which fits in line with the genre they’re aiming for while still offering a few special surprises.

As the story rolls on and Mother Base becomes more integral to your survival, the options available to the player are ever expanding. Water collection tanks, vegetable farms, animal pens, and even expedition teams all become available to the player at a steady pace. It isn’t until the later chapters of the main campaign that the base itself can become rather self-sufficient and operate without needing direct player interaction, although the player will still have to stop by from time to time to collect their bounties.

Most games would reveal all of their secrets to the player by the time the credits begin to roll, but that historically hasn’t been true for the Metal Gear franchise. While there isn’t a story to play through for the second time, I liken the progression of Metal Gear Survive to that of Peace Walker, my previous favorite in the series for its complexity and depth in the post-game activities. The really fun devices and mechanics have tucked away into the deeper parts of the post-game which should take players far more time than is required to get through the primary campaign. Additional character subclasses, such as Jaeger or Medic, aren’t even available until hours after the campaign wraps up initially. Players might catch a glimpse of some of the cooler toys like flaming baseball bats or elemental batons, but the interesting bits are all hidden away like layers of a loot-filled onion. Don’t be surprised if Survive ends up consuming a hundred hours of your life, a great value for this budget-priced adventure.

Views of Konami haven’t been too favorable to say the least in recent years with the transitions of its development teams and some of the practices they have implemented with monetization. While Metal Gear Survive features some of these same practices with real money, much of the microtransactions are optional and not at all integral to the gameplay. A second character slot does, in fact, cost real money, but given how much time and effort I’ve spent into my main Survivor, I couldn’t see myself starting anew at the cost of a few dollars.

From all the time I’ve invested into Metal Gear Survive, only two aspects of the microtransactions truly have an impact in actual gameplay, both unlocked midway through the single-player campaign. The first is additional exploration teams that can be sent out to scavenge up supplies that require being sent out with leftover equipment and rations to come back successfully. The other is a sort of boost doubler, increasing the gains on everything from Kuban Energy (the main currency for experience and crafting, much like the Souls of Dark Souls) and Mother Base resources. For my review, I spent a few bucks to purchase the 7-day premium boost and was suddenly afloat with more clean water and potatoes than I knew what to do with and even this one purchase alone didn’t come close to the $20 difference that Metal Gear Survive has versus a full-priced video game.

Metal Gear Survive is a fitting end to a storied legacy that first began in the 8-bit era. While the connections to the proper Metal Gear mythos are tenuous at best, what’s hiding beneath the surface of Metal Gear Survive is one of the greatest titles in the survival genre to ever reach gamers’ hands. The online co-op missions have had me hooked for a week now and I am still finding new tools and strategies to fend off wanderers.

Reviewed on PlayStation 4 Pro (code provided by the publisher). You can purchase it for PlayStation 4 or Xbox One via Amazon or for PC via Green Man Gaming. 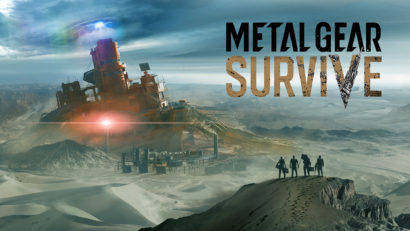 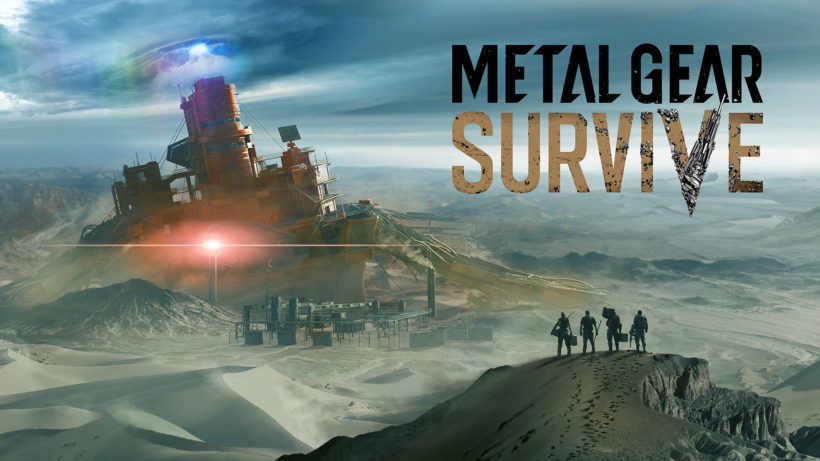 Despite the backlash from fans decrying that Metal Gear Survive isn't a true Metal Gear game, what's available in this $40 package is a hundred-plus hours of one of the most polished survival games to ever make it onto consoles.