The new pinnacle of stealth gaming, Kojima’s triumphal addition to the longest-running most cherished action-adventure stealth video game series is out in a few days, but leaks about the in-game content have already started to emerge online as some retailers have broken the street date and early copies of the game have made their ways into the hands of starved gamers. Metal Gear Solid V: The Phantom Pain has a lot to offer both materially and philosophically, and these leaked screenshots and details show what Kojima has been cooking all these years. 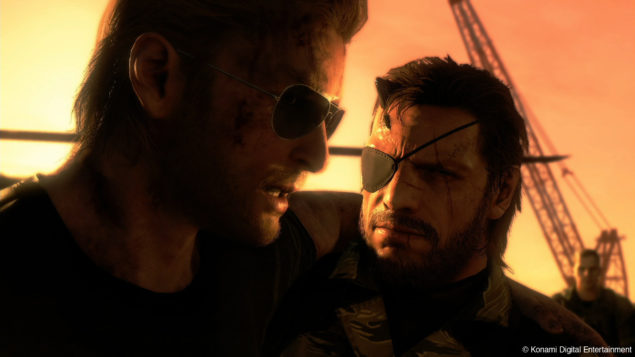 Hideo Kojima’s Metal Gear Solid series makes a substantial part of stealth action gaming’s grammer. The series, which originally launched way back in 1987 on a Japanese computer platform, has finally come to meet its end point. Reviews for Metal Gear Solid V: The Phantom Pain, the conclusive chapter in the series, are out and it looks like Kojima Productions’ efforts have been received with utmost appreciation by the critics. Packed with a ton of engaging content, intensive missions, memorable in-game characters, and much more enjoyable stuff, the upcoming tactical espionage greatness has been admired to the fullest.

Amid all the hype, the good folks over at GearNuke recently shared some in-game screenshots from PlayStation 4 version of Metal Gear Solid: The Phantom Pain showing the customization options, including the Chicken Hat mode that can be toggled in the options menu. Turning the Chicken Hat mode on actually allows players to play the game on easy mode. You can check out all the customization options along with the two different control types in the screenshots below.

Additionally, those who have received their copies of Metal Gear Solid V: The Phantom Pain early also have good things to say. Reddit user "zamakhtar,” who has already played through the first 7 missions of the game shared his thoughts recently, addressing the main three criticism that the game has received. He talked about the claims suggesting that the game’s story is sparse, the in-game world is empty and has nothing much to offer apart from bases that can be infiltrated, and lethal weapon are useless. You can read his replies here. After playing the game for hours, this is what he had to say in the end:

"Overall, this game is an absolute blast to play. It is a Metal Gear fan's fantasy. Imagine Camp Omega times 200 with a ridiculous amount of stuff to do. I don't have a single criticism so far and have been overawed but what I have seen. It's looking to be the best MGS of all time and one of the best games of all time."

Metal Gear Solid: The Phantom Pain is set to launch on September 1 for PC, PlayStation 4, Xbox One, PlayStation 3 and Xbox 360.