Facebook Extends Bloat-free and Data Saving Messenger Lite To US, UK, and Canada 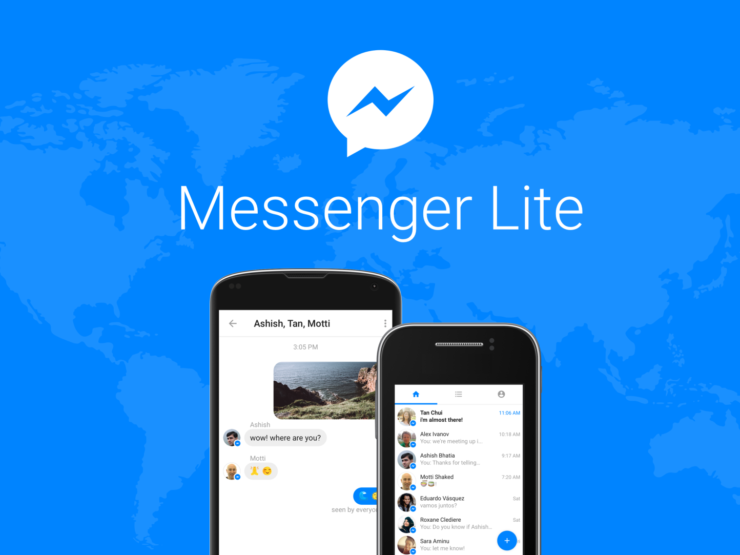 Facebook's bloat-free Messenger Lite has finally gone official for Android users US, UK, and Canada. The service was first launched in the developing markets where connectivity was slower in comparison to developed markets. Today, the social media giant has made it available for other markets.

Today's expansion marks markets like the US, Canada, UK, and Ireland. Before this, it was available for around 100 developing markets. The app specifically targeted for low-powered Android devices that can't handle bloatware on the regular Messenger app. But, it is also ideal for users who don't want bloatware on their device that comes with the regular Messenger app. In fact, it works seamlessly on flagship devices too. Also, Lite version saves data as well.

Regarding design, Messenger Lite looks just like the previous version of the regular Messenger app, with the tabs instead of a bottom bar. The White design is preserved with three tabs for the conversation list, contacts, and user's profile page wherein settings for tweaking notifications is available.

In a statement, Facebook's spokesperson said:

Messenger Lite is a slimmed-down version of Messenger that offers the core features of the app, while giving everyone the opportunity to stay connected to their friends and family, regardless of device or quality of internet connectivity.

Users can use the message thread to send voice notes and photos, but it lacks editing features that are found on the regular version of the app. Thankfully, the Lite version has retained the third-party sticker packs and voice calling facility. Availability of all these features ensures that you don't miss much on the Lite version. But if you are one of the users who like video calling, stories "My Day", games, and chatbots then Messenger Lite is not for you.

If you're one of those users who use Messenger solely for text communications and do not like the excess features that Facebook has lately bloated the app with, then Messenger Lite is just what you need. Sadly, it is limited to Android users and Facebook has not disclosed any timeline for launching the app for iOS users. We will be updating this article once it goes live for iOS users too.