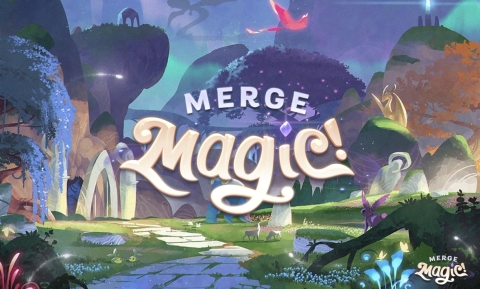 Zynga (of the Farmville fame), today announced the worldwide launch of a new mobile game called Merge Magic. It is an adventure puzzle game where players can lift the curse on mysterious new worlds by merging various creatures and by matching new items to win rewards that enable them to unlock enchanting new surprises along the way. Here are some of the game features advertised in its press release.

Merge Magic is set in the mysterious world of Mythia, where they can combine everything into better and more powerful items for their journey through ‘merging.’ In the game, the only hope to lift the curse from the bewitched land rests in the player’s extraordinary power to merge anything - eggs, trees, treasures, stars, magical flowers, and even mythical creatures. For example, a combined peacock and a cat would result in a ‘Peacat.’ Bernard Kim, President of Publishing at Zynga further added:

Zynga: We’ll Continue To Focus On Growth Strategy, Acquisitions In 2020

Merge Magic transports players to fantastical new worlds where they will discover mythical creatures like the powerful unicorn and feisty fairy and create never-before-seen hybrids like combining an elephant and a butterfly to make a butterphan. Players will find hours of enjoyment in discovering magical objects, creating creatures, and lifting curses on mysterious new realms.

Once you've merged two creatures, you get an egg which can then can hatch into magical wonders, which can evolve to uncover new, more powerful hybrid creatures. Players will encounter and solve challenging puzzle levels in which they match the items to win, then bring rewards back to their garden to collect and grow. Merge Magic is now available for iOS and Android as a free download. And yes, the game has in-app purchases.