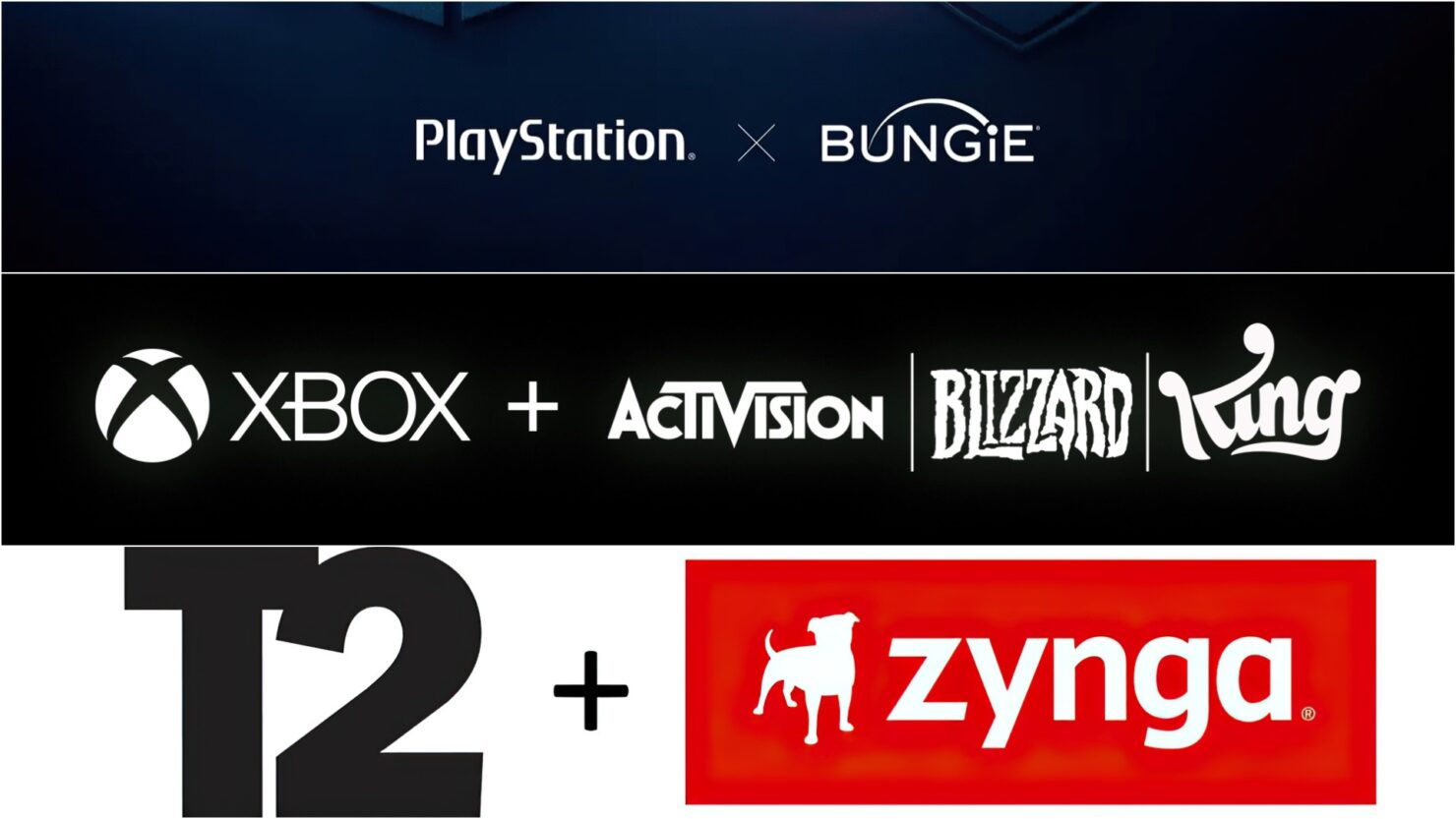 January 2022 will remain a pivotal month in the history of gaming, having already crushed the entire past year (already a record-breaking one) when it comes to total expenditures for M&A with an incredible $85.4 billion committed by Microsoft, Take-Two, and Sony.

The Redmond-based giant made the largest splash when it announced the intention to acquire Activision Blizzard, the biggest Western third-party publisher, for nearly $70 billion. Never before had the gaming industry recorded such a massive deal.

Earlier in January, Take-Two surprised everyone when they revealed their deal with Zynga for $12.7 billion in an effort to push into the ever-growing mobile market. Last but not least, Sony acquired Bungie, known as the original creators of Halo and Destiny, for $3.6 billion.

Speaking to Yahoo Finance Live, renowned games analyst Michael Pachter (currently the managing director of equity research at Wedbush Securities) said the last deal makes the least sense. He pointed out that Sony appears to have vastly overpaid for Bungie, unlike both Microsoft and Take-Two for their respective acquisitions.

I think Microsoft has a vision and a strategy. They made a bold statement with their acquisition of Activision and it fits their strategy.

Take-Two surprised us and explained it very well when they did it. But we didn't know that they wanted to be big in mobile, and they clearly do. And so they bought one of the two big public mobile companies, the other being Playtika. And they paid up for it. And Sony, I think, just did a me too statement and said, we're not going to be left behind. So we'll buy Bungie.

The Activision deal and the Zynga deal were both done below those stock's recent highs. So Activision had traded over 100, and the deal was at 95. Back in October, it was over 100. Zynga had traded over 11, I believe, and the deal was done at 9.86. So you know, they didn't really overpay, either of the acquirers. Bungie went for $4 million per developer. And most deals are between $250,000 and a million. I've seen deals as close, you know, as high as $2 million per developer. This is crazy talk.

And just to compare and contrast, EA bought Respawn about three or four years ago for $700 million with 400 developers. And those guys generate $700 million a year in revenue. Bungie does about $200 million in revenue. So I think Sony vastly overpaid. I think this was a statement that we're not going to let Microsoft get ahead of us, so we'll just buy something out of desperation. It's not really a deal that makes a whole lot of sense to me. The others do.

Personally, I agree with Pachter that Sony paid a lot for the Bungie deal (even though, as it turns out, about one-third of the sum will be geared towards an employee retention program). That said, the move still makes sense for both companies as they perfectly complement each other.

The same goes for Microsoft and Take-Two, by the way, although those companies also enjoyed fairly good deals. Microsoft especially, largely due to the wave of scandals that hit Activision Blizzard at its highest levels.

With Tencent and Embracer Group also very active in the M&A area and Netflix possibly getting ready to enter the fray, it's likely that we'll see a lot more big deals in the coming months and years.

Stay tuned on Wccftech to get all the latest news, updates, and rumors.