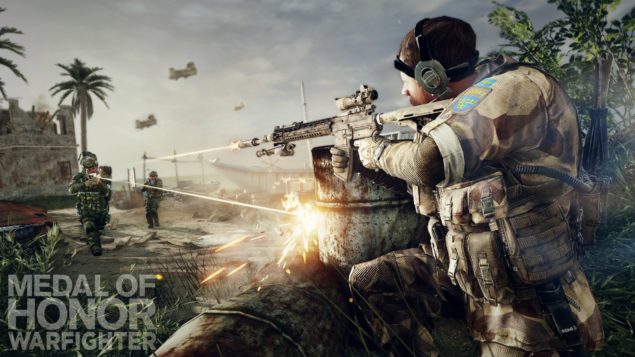 Danger Close Games has detailed the Medal of Honor Warfighter Day One patch which they would be releasing today for their new First Person Shooter. The highly acclaimed Medal of Honor: Warfighter would launch today featuring a vast Multiplayer game mode all rendered with the beauty of DICE's Frostbite 2 engine.

The Medal of Honor Warfighter Day One patch would basically fix the bugs encountered in the Beta, enhancing and improving the multiplayer experience of gamers. The patch would launch a little before its launch time and would arrive for PC, PS3 and Xbox 360 players simultaneously. You can head to http://www.medalofhonor.com/ for more details.

Following are the note of MEDAL OF HONOR WARFIGHTER DAY ONE PATCH:

Multiplayer Gameplay
Incorporated feedback directly from the Multiplayer beta, including server stability enhancements, weapon improvements and other minor tweaks to the MP experience.

Matchmaking, Parties and Platoons
Numerous enhancements and bug fixes, including:

Weapons
Tweaks and fixes to weapon mechanics and functions giving you the most realistic weapon look and feel.

Navigation
We’ve streamlined the User Interface, making it quicker and easier to navigate.

Visual Polish
Polished up in-game text and artwork for a better visual experience.

ADDITIONAL FIXES MADE ON ALL PLATFORMS