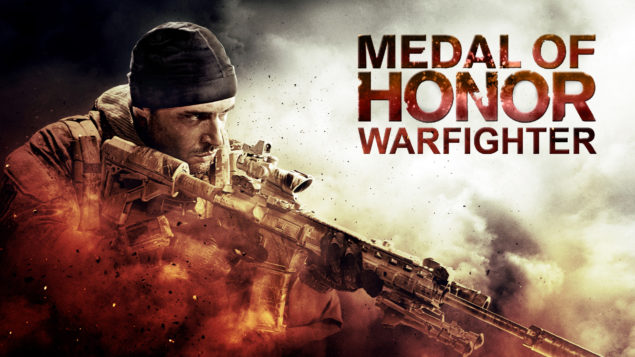 After the smashing success of Battlefield 3 it seems that EA and DICE are now taking this opportunity to revive Medal of Honor with the new Frostbite Engine used by Battlefield, but unlike certain other FPS's which shall remain unnamed this won't be a rehash / reuse of previous game, weapons, maps etc but will in fact have many new features for players of the series, games and overall fans of FPS to explore. With features like Fireteams and improvements to the Warfighter classes this game only continues to get better. Medal of Honor Warfighter truly looks like a solid game but will it be able to steal the spotlight away from Battlefield 3?

While the highlight of the multiplatform version will definitely be the PC version because of better graphics, larger servers (if they are indeed following the same engine as BF3) and hopefully more features which should make an appearance in the future. But right now EA and DICE have officially announced the XBOX 360 Open Beta starting Friday, 5th of October. The highlights of the trailer in the source show the options of Fireteams where you and a friend will be able to keep track of each other through out a game which is similar to the squad option in Battlefield 3. And much like working in a squad there are also benefits such as better teamwork, more XP, better chances of resupply / health packs and many others.

Here is a complete list of features: (taken from Source)

Fireteams
Kicking things off is our exciting new Fireteams feature that makes class selection and team play much more interesting. Our consulting Operators have told us that in the real world they split up in pairs and work together to a point where they feel connected to their combat buddies, even without having them in direct sight. We’ve integrated this connection into the game so that you’ll be able chose a Fireteam buddy and track him from any distance and through any situation.

This feature comes with many gameplay benefits including new buddy respawn options and resupply of ammo and health. And don’t forget there are also plenty of scoring rewards for working as a team, so be sure to keep close to your buddy and see what other bonuses you can achieve together.

Authentic Action
Medal of Honor has always been an authentic experience, and this quality gives us the tools to take our multiplayer to a place no other shooter can go – putting you in the shoes of the world’s most elite warriors. In the Open Beta, you’ll get to see how the German KSK, the Polish GROM, the British SAS, and the famed U.S. Navy SEALS, along with all 12 total Tier 1 units, operate in real world locations. So choose your warrior and take them to a battleground where the best of the best fight to claim the top spot, claiming true Tier 1 status.

Battlelog Social Hub
Not only can you step into the boots of 12 International Operators from around the world, but we’ve also made sure that every country in the United Nations is represented through our metagame, Warfighter Nations, powered by Battlelog. Battlelog also connects you incredibly deep into the stats of your online play, your friends, your platoon, and your best Fireteam buddies. Track your class ‘Tours’, explore every weapon in the game chasing weapon pins, customize your own platoon patch, and even fully customize your weapon in the “My Gun” tool.

And, we’ve extended the experience to your console so you’ll be able to pull up the Battlelog dashboard to see the latest on how your friends are progressing and what unlocks lie in store for you next.

Warfighter Classes
Rebuilding Medal of Honor on the Frostbite 2 engine has allowed us to remake our class system. Each of the six Classes will offer you a different style of play, different abilities, and different support actions, which allows you to select your class based on what’s best for you! We encourage you to try them all out.

The full game has 12 International Operators, 35 map/mode combinations, and thousands of Fireteam pairs to choose from while battling it out in authentic real world locations. We hope you enjoy this small slice of Warfighter that we’re offering in the Open Beta, and we look forward to hearing your feedback!

As you can see the game is definitely worth trying out if you own an XBOX 360 but if you are the owner of other platforms then I am afraid you will have to wait for your turn in line to test out the game. But history shows that the PC version should definitely be the one we should have our eyes set on since it will be the full experience of the game.