Mass Effect 3 was both loved and hated at the same time by many players, but the fact remains that it had a fantastic multiplayer suite. Players logged for countless hours into it and it never seemed to subtract from the games massive single player narrative. It seems that the same will be true for the next Mass Effect, according to Chris Wynn, the Senior Development Director for the game.

Speaking by way of his personal Twitter feed, Chris has said,

“If anyone is concerned that online will take away from single player, I assure you that SP will be MASSIVE in the next Mass Effect.” Speaking to a player that didn’t want multiplayer in the game, because there’s always a dissenting opinion, Chris simply said to “keep in mind that many people do.” Another use jokingly asked Chris to promise he would take good care of the game because they were feeling nervous, to which he responded, “I promise and will even pinky swear.”

Jay Watamaniuk, a writer at Bioware recently Tweeted about a company meeting that featured lots of “#space stuff” and looking“remarkable” something that reassures us about the visual fidelity of the new Mass Effect. Of course this is to be expected since the team is working on the Frostbyte 3 engine. 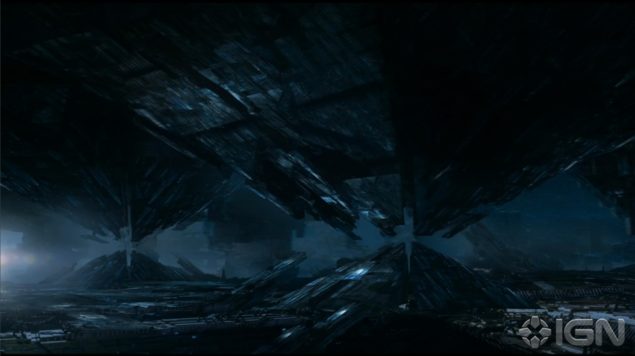 Speaking about the meeting, Michael Gamble, producer on the game, Tweeted out a message saying, “Amazing @bioware studio meeting today. Lots of wonderful Dragon Age and Mass Effect content. I’m so proud to be part of this.”

If anyone is concerned that online will take away from single player, I assure you that SP will be MASSIVE in the next Mass Effect.

@pringtella I promise and will even pinky swear.

The general manager at Bioware, Aaryn Flynn recently explained that the next Mass Effect is going to be it’s own game and not rely on other titles like Dragon Age Inquisition to find success.

I am a huge fan of the series and I absolutely loved the original trilogy. It remains one of the greatest gaming experiences of my life and I am looking forward to any new information on the next installment. More importantly though I hope for some gameplay footage of the game. Hopefully we won't have to wait too long for that, as E3 2015 is not too far off.

The next Mass Effect does not have a release date yet but is expected to arrive on the PS4, Xbox One and PC.