That's right folks some one at EA store just put Mass Effect 3 on pre-order WITH description although the game lacks a release date fans will be pleased none the less. 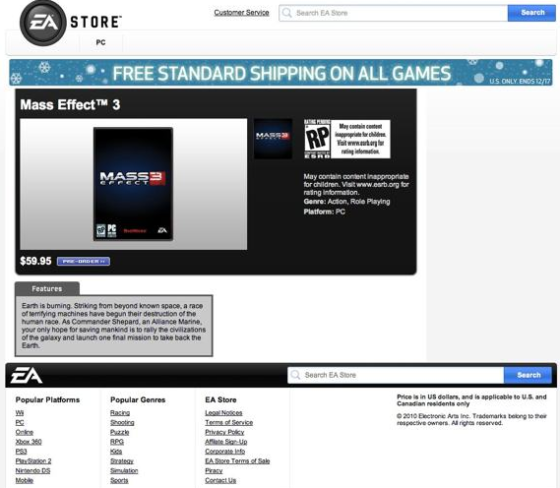 In case you can't read the description it says

Earth is burning. Striking from beyond known space, a race of terrifying machines have begun their destruction of the human race. As Commander Shepard, an Alliance Marine, your only hope for saving mankind is to rally the civilizations of the galaxy and launch one final mission to take back the Earth.

As you can see the game has been given a standard price tag of $59.99 and has a similar box art of Mass Effect 2, I am certain fans of the series will go ape over this news.