No Man’s Sky creator Murray Says They Have “One Shot” At Making The Game; Development Going Very Well

No Man’s Sky creator Sean Murray, has pointed out that his studio ‘Hello Games’, is still working incredibly hard on the upcoming adventure-survival game. According Murray, creating No Man’s Sky is hard work, and they will have only “one shot” to make the title. 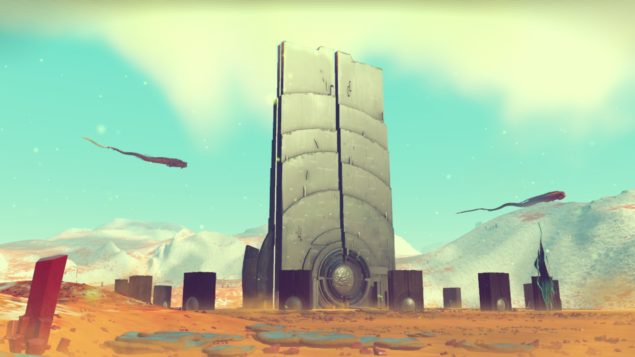 Murray took to Twitter a few yours ago to reassure fans of the game, that development is still underway and is going very well.

For those asking, we are still incredibly hard at work on No Man's Sky, but it's going really well.

One shot to make No Man's Sky

The adventure game was first announced in 2013 when it debuted VGX 2013, and fans are very eager for a release date announcement. The game appeared at the last two E3 events, and some fans argue that the title might have well been announced a bit early.

The No Man’s Sky creator, points out that his studio ‘Hello Games’, has one shot at creating the game and they want to do it right.

We get one shot to make this game, and we don't want to mess it up. Hope that's ok.

Developing games is hard, and this applies even more to No Man’s Sky. In the game players are free to explore the entirety of a procedurally generated deterministic open universe, which includes over 18 quintillion (1.8x10^19 ) planets, many with their own set of flora and fauna.

According Murray, the game’s strong resonation, hasn’t affected its release date in any way.

.@PeacefulGamer no! Making this game is hard work, I'm not sure we could have kept on at such a pace without the energy surrounding it.

Community input has very important to the development of No Man’s Sky. Murray states that the game wouldn’t be possible without the community it created, and adds that their support is fuel for the team.

.@TheArcticSloth maybe? But the game wouldn't be possible without the community it created. Their support+positivity is fuel to our team

Coming to the question about the lack of (Reddit) communication on the game’s development, Murray answered that he and his team, have been so  extremely focused making the game. According Murray, developers on Reddit often have secret motives, and he doesn’t want to be that guy.

.@Asszem Mostly because we are so focused making the game. Also devs on reddit often have ulterior motives, and I don't want to be that guy

I guess we have to wait just a bit longer for a release date announcement. In any case, the game will be releasing simultaneously on PC and PS4.