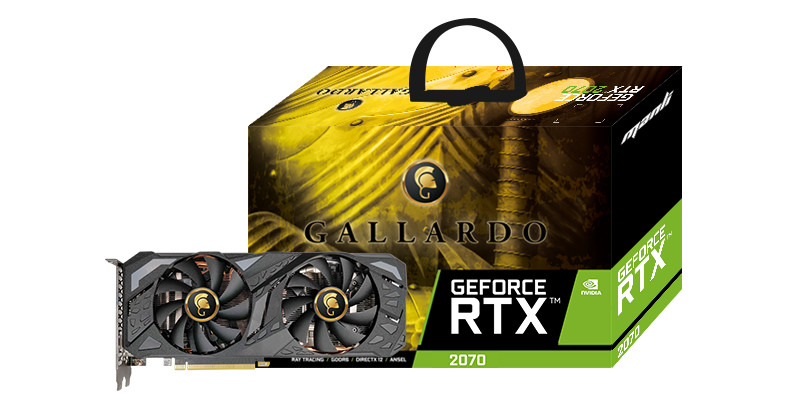 The Manli GeForce RTX 2070 is equipped with the twin 8 cm fans as well as electroplated heat pipes and copper base which likely should deliver solid heat dissipation. It also powered by NVIDIA's Turning GPU architecture and the revolutionary, though much maligned for cost RTX platform, it has the built-in 2304 CUDA Cores present in all RTX 2070s, with core frequency set at 1410MHz which can dynamically boost up to 1620MHz. 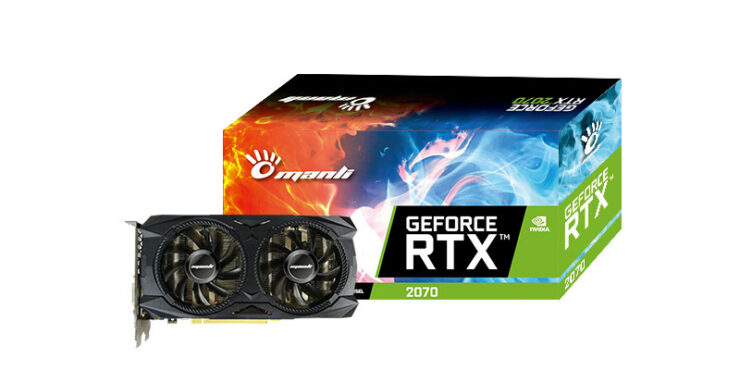 While not a reference card per-say it definitely seems like its the standard board, featuring a 6+2 phase power supply and only two heat pipes used, though the 2070s shouldn't run too hot this should suffice for those in a decently ventilated case.

The Manli GeForce RTX 2070 Gallardo comes with stylish cooler cover which they have decided to decorate it with a stone texture pattern and is also built with dual 9cm fan and four copper heatpipes which should provide somewhat efficient heat dissipation. Furthermore, it features of up to 5% more overclocking clock compared with the standard version.

It also features the same Spartan helmet logo as the other RTX Gallardo cards, though looking at the card it does seem to be a plastic looking cover and lacks premium features, though these are renderings and somewhat low-resolution images.  One of the nice things about it is like the standard version it also features all solid capacitors though this version has a beefier power delivery with it using an 8+2. 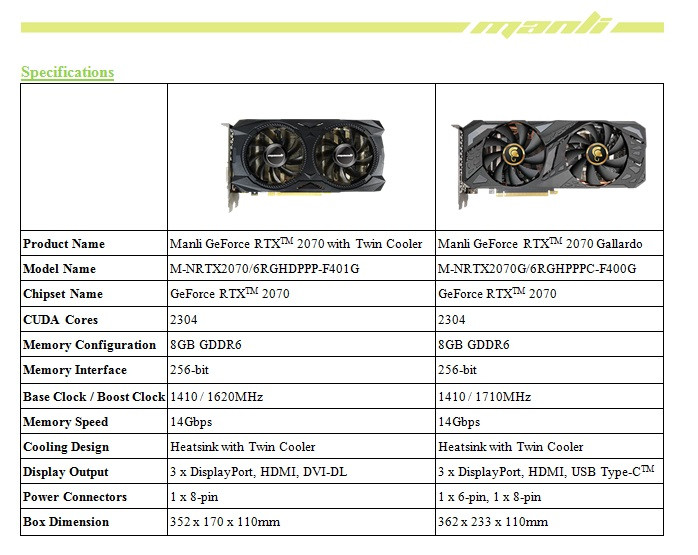 Unfortunately, Manli has been hush about pricing and though they should be a release date very soon for these cards in the Asian and Middle Eastern markets.